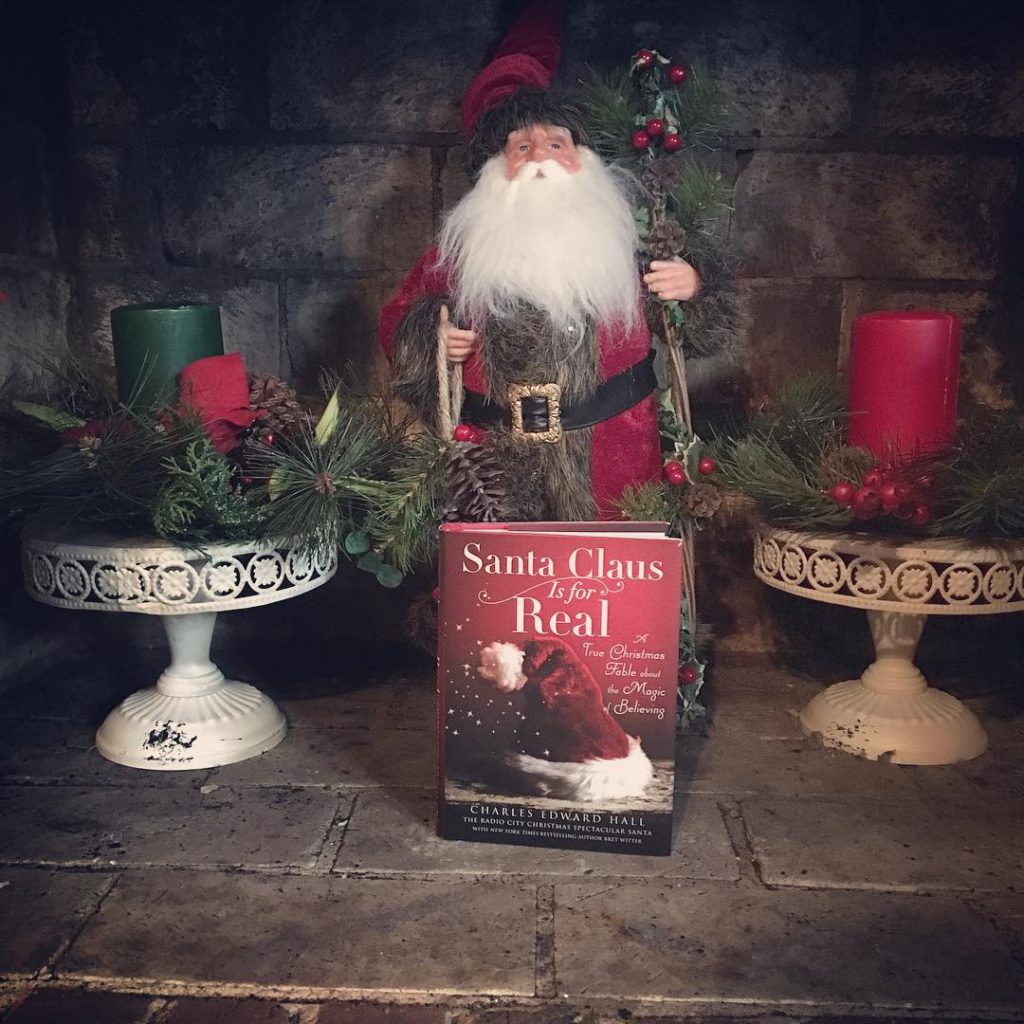 A heartwarming true-life fable from the Radio City Christmas Spectacular Santa—including his personal journey of discovering the magic of Christmas. Every year, over a million people attend the Radio City Christmas Spectacular, where they have the pleasure of seeing Charles Edward Hall don a traditional red suit and become the world’s most famous Santa Claus—a role he has played for twenty-seven straight years. But Hall wasn’t always such a jolly old soul. Believe it or not, this Santa was once a Scrooge. For the first time, Charles tells the inspiring story of his own transformation, from a wide-eyed child who once caught a glimpse of Santa through a frosty windowpane, to a young man who lost his faith in jolly old Saint Nick. It wasn’t until fate intervened, in the form of an unexpected role, a stage malfunction, and hundreds of letters from children, that Charles rediscovered his Christmas spirit. Ultimately, he realized Radio City was his life’s work, and that Santa isn’t just a role. He lives in the hearts of the millions who attend the Radio City Christmas Spectacular, and everyone who embraces the Christmas spirit. Santa Claus, in other words, is real. When Charles needed him most, Santa was there, with kind words and a special gift. As this delightful true-life fable proves, he is there for everyone. All it takes is a good heart, an honest joy, and a belief in the magic of Christmas.

This has become one of my all-time favorite books. It has become tradition for me to listen to the audiobook every November. If you don’t believe in Santa Claus, then I guarantee you will by the end of this book. I still believe in Santa and Christmas is my very favorite time of year. Mr. Hall managed to capture all those amazing, warm, tender feelings that Christmas always seems to elicit.

My original Goodreads review was, “I have nothing to say! Everything wonderful, magical, unexplainable, awesome, compassionate, loving, everything about Santa is in this book! I laughed, I cried, I believed! A truly amazing book!!” This is the third year that I’ve listened to this book and that review has not changed at all. And to make it even more special, I decided to write a letter to Mr. Hall last year, thanking him for this book. I wrote the letter while sitting in my Grandmama’s hospital room. She had been put on comfort measures and it was only a matter of time. I had been taking the 10pm-2am slot at the hospital that was an hour away from my house, so I was struggling with exhaustion and grief, and I thought pouring my heart out in a letter would be comforting. And it was! As I was writing, I felt like Mr. Hall was actually listening to me. I thanked him for writing a book that touched me so deeply. I told him about coming from a background where Santa was not allowed because he took the place of Jesus. I told him that having faith in something not seen, is never a bad thing. I told him all about marrying someone who had never believed in Santa, but who I was slowly bringing around. (So far we’ve reached a compromise on Father Christmas.) I felt happy and relieved after I finished the letter and sent it out along with letters to Santa from my nephews. I wasn’t expecting an answer.

Unfortunately, very few authors and celebrities live up to the standards that we, their readers and fans, set for them. Mr. Hall exceeded my expectations. Less than a week went by, and I received a package in the mail. I opened it to find a physical copy of the book, with a beautiful note from Mr. Hall inside. I have no problem admitting that I broke down in tears. The man who played Santa in the Radio City Music Hall Christmas Spectacular, who knows Santa personally, who wrote the book that embodies the Spirit of Christmas in such a perfect way, took the time to not only answer my letter, but to send me a gift! I plan to add a letter to Mr. Hall to my annual tradition. 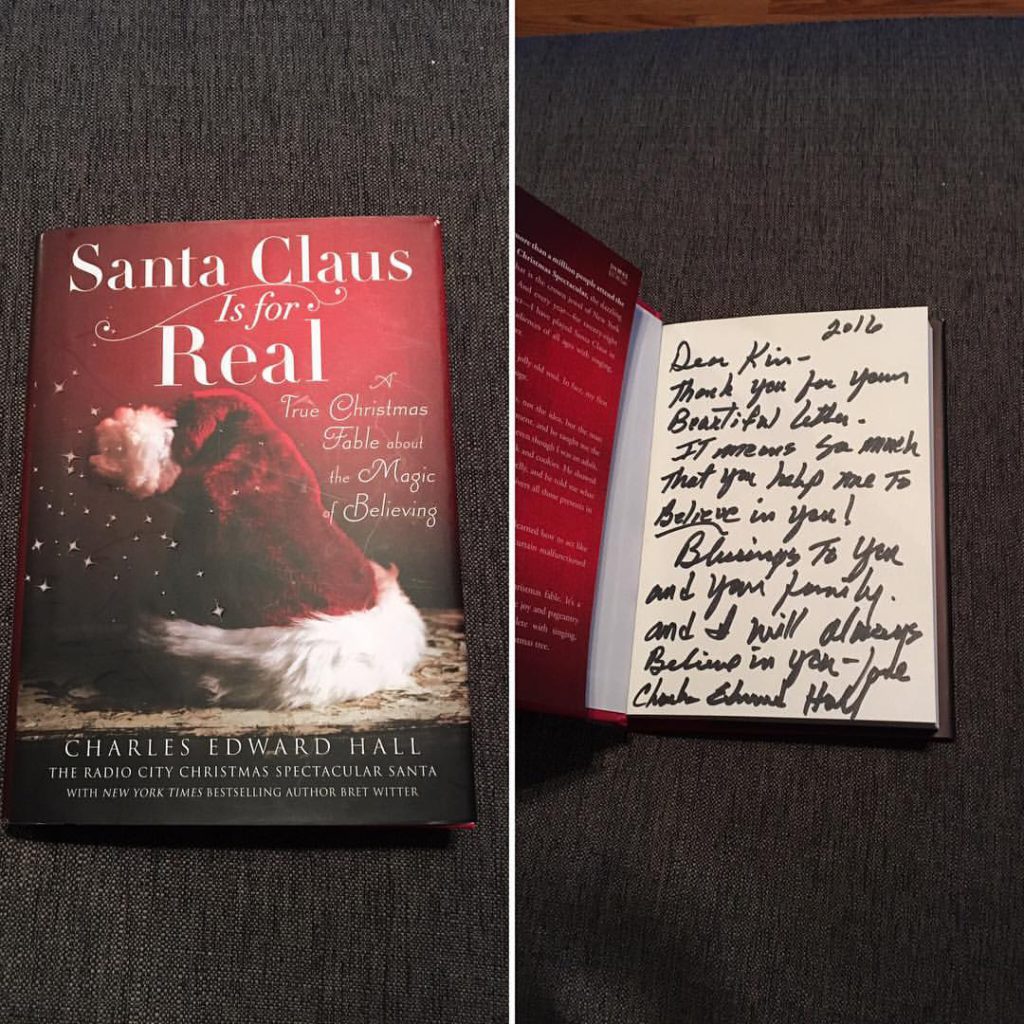 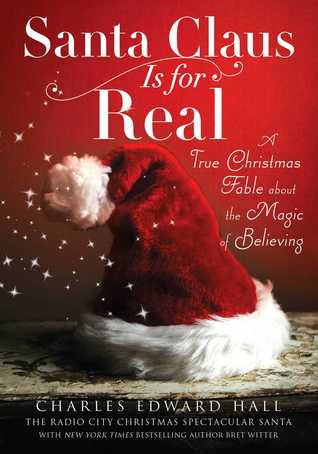