Today I am sharing my review as a part of the blog tour for The Secret Letters by Taryn Leigh. The cover of this one is just gorgeous!

RACHEL, saved from an attack twelve years before by a faceless stranger, never got to thank him, never knew his name.

Despite the devastation she chose to rise above it to help others from their pain by becoming a psychologist…. Her only issue now is that she’s an expert at fixing everyone else’s problems, and blind to her own.

After a long relationship with her boyfriend WILL starts to go south, she turns to her best friend AMELIA for guidance.

Suddenly her world is turned upside down when tragedy strikes and she’s left with no one to comfort her but Will’s rude older brother RUARI.

Paralyzed by fear, she struggles to take grip of her life, until the day when anonymous letters begin to appear from the stranger who saved her twelve years before. 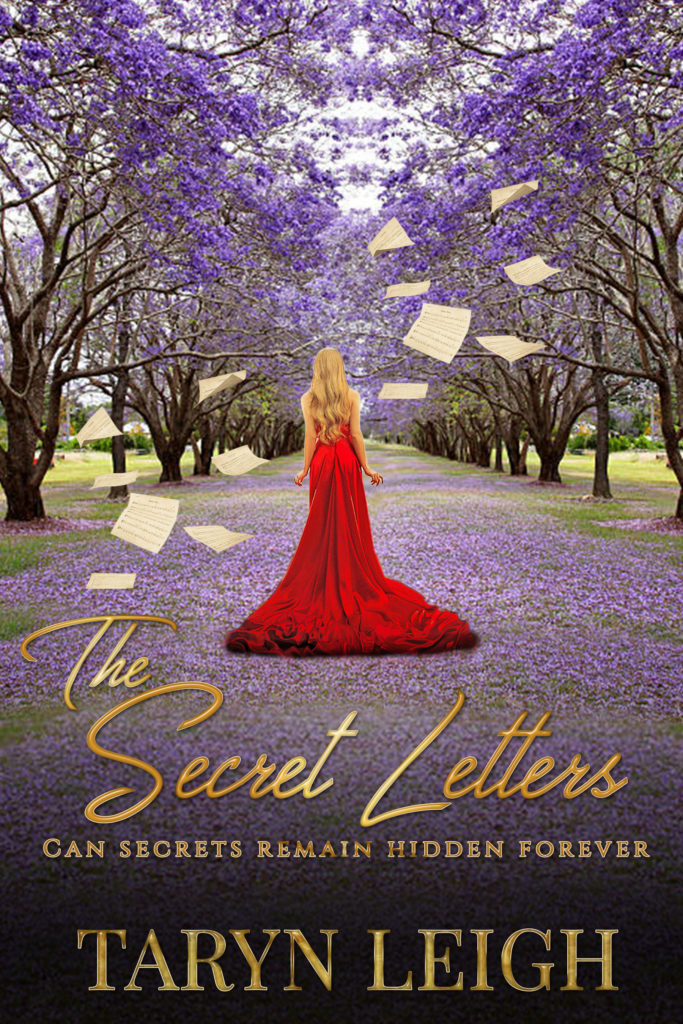 The Secret Letters This is one that covers a lot of themes: romance, various relationships, trauma and survival, unfaithfulness, with a little bit of mystery thrown in.  It is also a fictional tale based on a real life attack.

Twelve years ago Rachel was attacked and then saved by an unknown person.  In the aftermath she begins to receive letters from her ‘hero’ to try to help her to come to grips with what happened  and help her heal.  He never makes himself known to her and eventually the letters stop.

Since surviving the attack, twelve years has passed and Rachel has become a psychiatrist and truly wants to help others face their issues. She has a boyfriend of 11 years and lately things have become stagnant.  She also meets an older gentleman she wants to help named Mr. Lemon. His story is just as important as Rachel’s and takes shape in the novel as well.  There was just something about the two of them that resonated with me.  I adored him and need a Mr. Lemon in my life!

Then tragedy happens to Rachel a second time and her life is turned upside down again for a variety of reasons…. Then the letters start coming again.

This is a novel that covers so much emotion and you cannot help but become fully invested in the story.  I did figure out who the mystery letter writer was at relatively early on, but that did not take away the enjoyment of the novel.  I just sat back and enjoyed the story and waited to see how Rachel would react to everything.

The story is based out of South Africa where Leigh is from and she is very descriptive in her writing; she makes you feel like you actually are in South Africa:  I would love to see a zebra in the ‘real world’ living its life like a deer does here in Georgia!

This is a powerful read that deals with very heavy subjects that are difficult to handle, but also about overcoming those tragedies.  Add a little bit of mystery and a sweet and possible developing romance and you just about have everything covered!

This is one I definitely recommend.

Taryn Leigh is a South African Author, who spent her childhood with her nose buried in books. Her love for reading transpired into her ambition to become an Author.

Taryn Leigh’s first book, Perfect Imperfections, is available in Paperback, eBook and AudioBook. She lives in Pretoria with her husband and son.