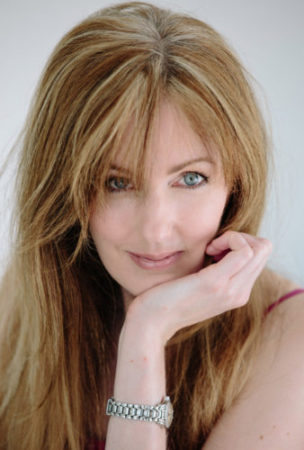 Before turning to writing, Rachel Amphlett played guitar in bands, worked as a TV and film extra, dabbled in radio as a presenter and freelance producer for the BBC, and worked in publishing as a sub-editor and editorial assistant.

She now wields a pen instead of a plectrum and writes crime fiction and spy novels, including the Dan Taylor espionage novels and the Detective Kay Hunter series.

She’s a member of International Thriller Writers and the Crime Writers Association, with the Italian foreign rights for her debut novel, White Gold sold to Fanucci Editore’s TIMECrime imprint, and the first four books in the Dan Taylor espionage series contracted to Germany’s Luzifer Verlag.

Her novels are available in eBook, paperback and audiobook formats from worldwide retailers including Amazon, iBooks, Kobo, and Google Play.

A keen traveller, Rachel holds both EU and Australian passports and can usually be found plotting her next trip two years in advance!

The English Spy Mysteries is a new concept: Combining fast-paced thrilling reads with episodic delivery in the vein of TV shows 24, Alias, and Spooks, series 1 is a must-read for fans of Robert Ludlum, Vince Flynn, and James Patterson. 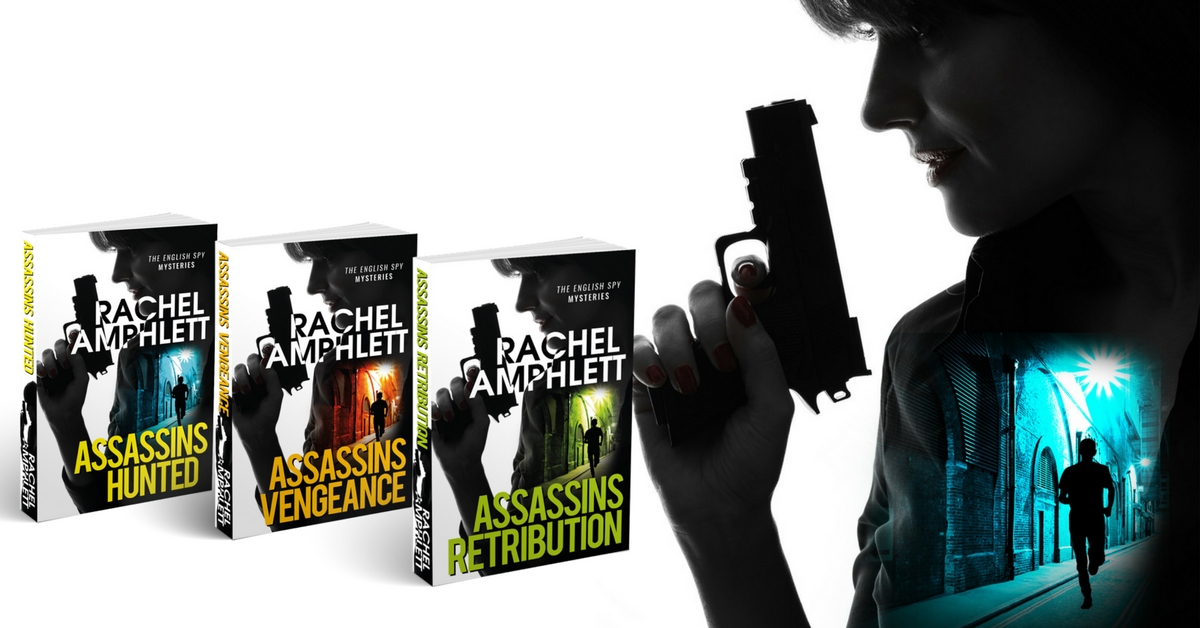 I’m a full time writer of spy novels and crime fiction. I lived in the UK until about 12 years ago, and then I emigrated to Australia. I currently live in Brisbane, Queensland.

In the past, I’ve helped to run a pub, played lead guitar in bands, worked in radio as a producer and presenter, and was a film extra in the James Bond film The World is Not Enough, which was a heck of a lot of fun!

JRR: You have lived quite a life with so many different experiences.  Did you always want to become an author? What made you choose the genre you write in?

Absolutely – I was reading before I started school, and wrote my first short story when I was eight years old. It wasn’t very good, but it was a mystery so I started early!

I gravitated towards the crime fiction and spy novel genres because those were the sorts of books that were on the shelves at home. Both my parents and grandparents were voracious readers. By the time I was twelve years old, I was running out of stuff to read – at that time there wasn’t anything around like The Hunger Games. My grandad lent me his copy of The Eagle Has Landed by Jack Higgins, and that kicked off my love of the spy novel genre. Both he and my mum also had a vast collection of Dick Francis novels between them, as well as books by Ed McBain and the like so that’s what started my love of crime fiction.

JRR: That is wonderful to come from a family of readers!  What inspires you to write?

The ideas that keep going around in my head – it’s as simple, and as hard as that. Every time I see a news report that capture my imagination, it adds fuel to the fire. Plus, I love what I do. Now that I’m a full-time writer, I have an added incentive of course – it pays the rent!

JRR: Congrats on becoming a full time author!  Keep on writing!  Who was the most influential author you read when you were growing up? Did his/her writings influence you to want to become an author?

Well, both Jack Higgins and Dick Francis were influences while I was studying English at school. I had a bit of a hiatus from writing once I left school, because I then spent seven years playing guitar in bands.

JRR: Who is your favorite author as an adult? Who inspires you?

It’s very difficult to pick one author, because I’ve been influenced by so many. Authors such as Lee Child, Michael Connolly, Peter Robinson, Val McDermid, Robert Cray and Ann Cleeves all line the bookshelves at home (or the virtual ones on my eReader). When I returned to writing a few years ago, I re-read a lot of their books as well as every single interview I could find with them about the writing craft – it was like going back to school.

Charles Darwin, because he was a very savvy businessman
Keith Richards, because he’s been a guitar hero of mine since I was about 7 or 8 years old
My grandad, because I haven’t seen him for nearly two years – we’re catching up again in May when I return to the UK for CrimeFest, but if I could sneak in an extra dinner date right now with him, then I would.

JRR: That is a great list.  Have fun catching up with your grandfather in May. I know you are looking forward to that!
Now, which book have you always meant to get around to reading, but still not read?

A few people have told me I should read Shantaram

by Gregory David Roberts but I’ve never got around to it (yet!)

JRR:  Thank you for sharing that as I had never heard of Shantaram.  It’s a huge book, close to 1000 pages!  Now, what’s the best advice you have ever received?

JRR:  Great advice! I need to get my passport updated…..  hmmmmm…..

What made you decide to go this route with these novellas? The novellas are just long enough to get us going then they are over and we want more! At least the wait is just a week in between and the final one is out now!

As the story developed, it became apparent that at over 100,000 words it was going to be too long to fit into one book. On top of that, I’ve been reading more and more about how people’s attention spans are shrinking – we spend a lot of time on social media or watching Netflix and things like that.

So, I put two and two together and decided to release the story in “episodes”, just like a Netflix-type series – each episode is fast-paced and ends on a cliff-hanger, so hopefully you want to tune in next week to find out what happens next!

JRR: That is also how Stephen King released The Green Mile many years ago. I remember seeing each serialized part in the store. I did not read it until it was combined. I love that book.

You are self-published. What has that experience been like for you?

A lot of hard work, frustration, steep learning curves, long hours, and some marvellous opportunities – I wouldn’t change it for the world!

JRR: Yay! That is always exciting that you love the way life is going.  Now, how do you research for your spy novels?

I’m lucky in that because I’ve been writing spy novels on and off for about six years now, I’ve amassed a good number of experts I can turn to with regard to things such as weapons guidance systems, submarines, and things like that. When I started out, I read a lot of books on specialised subjects and real-life accounts by bomb disposal experts. The defence section of online newspapers is a good place to start, too – The Daily Telegraph in the UK is a good one.

Nothing beats real-life experience though – in the time I’ve been writing spy novels I’ve done everything from pistol shooting to flying a Black Hawk helicopter simulator!

The trick is to keep your eyes and ears open for opportunities to learn, even when you’re not writing a story in the genre, so that you know where to find the information when you need it.

JRR:  You have had some great experiences.  You can’t know some things unless you have that experience. I am all for that as well.

This is a difficult question to answer, because characters (and the inciting incident that kicks off a story) often pop into my head fully formed, so I don’t get a lot of choice in the matter!

It has been fun to write about Eva, because she’s like the really, really badass version of Kay Hunter, who leads my detective series.

The thing is as well, I see both of them as resilient rather than strong – I mean, they both have their limitations, but also rely on their experience and wiles to survive the situations they find themselves in, whereas someone like Dan Taylor has a bit more brawn on his side when it comes to facing down the bad guys.

I love villains, too!

Something I do keep in mind for every single character, even for someone who might only appear for a chapter or two, is to make sure they have a motive for what they do. Once I have that locked in, it becomes easier to create empathy towards them. Everyone has a reason for what they do, even the villains – you just have to keep tapping away at the character until you discover what that is.

JRR: Is there anything you want to tell us about Eva Delacourt, your protagonist of The English Spy Mysteries that we will get to know over the course of these novellas?

Eva finds it very hard to trust people, but she’s incredibly loyal once she has decided that you’re not going to harm her or the people she cares for.

Of course, if you do plan to harm her, you’d better watch out 😉

JRR:  For someone who has not read anything written by you, what do you recommend for a start?

Any of my first in series books will give a reader a great taste of what’s to follow:

I would love readers to come over and have a mooch around my website and find out more about me and my writing. You can find me at Rachel Amphlett.

Thank you so much for your time with this interview Rachel! It was a pleasure!