Today I am interviewing C.J. Sutton on the blog tour for Dortmund Hibernate.  This one sounds like a good one!

Psychologist Dr Magnus Paul is tasked with the patients of Dortmund Asylum – nine criminally insane souls hidden from the world due to the extremity of their acts.

Magnus has six weeks to prove them sane for transfer to a maximum-security prison, or label them as incurable and recommend a death sentence under a new government act.

As Magnus delves into the darkness of the incarcerated minds, his own sanity is challenged. Secrets squeeze through the cracks of the asylum, blurring the line between reality and nightmare, urging Magnus towards a new life of crime…

The rural western town of Dortmund and its inhabitants are the backdrop to the mayhem on the hill.

It’s Silence of the Lambs meets Shutter Island in this tale of loss, fear and diminishing hope. 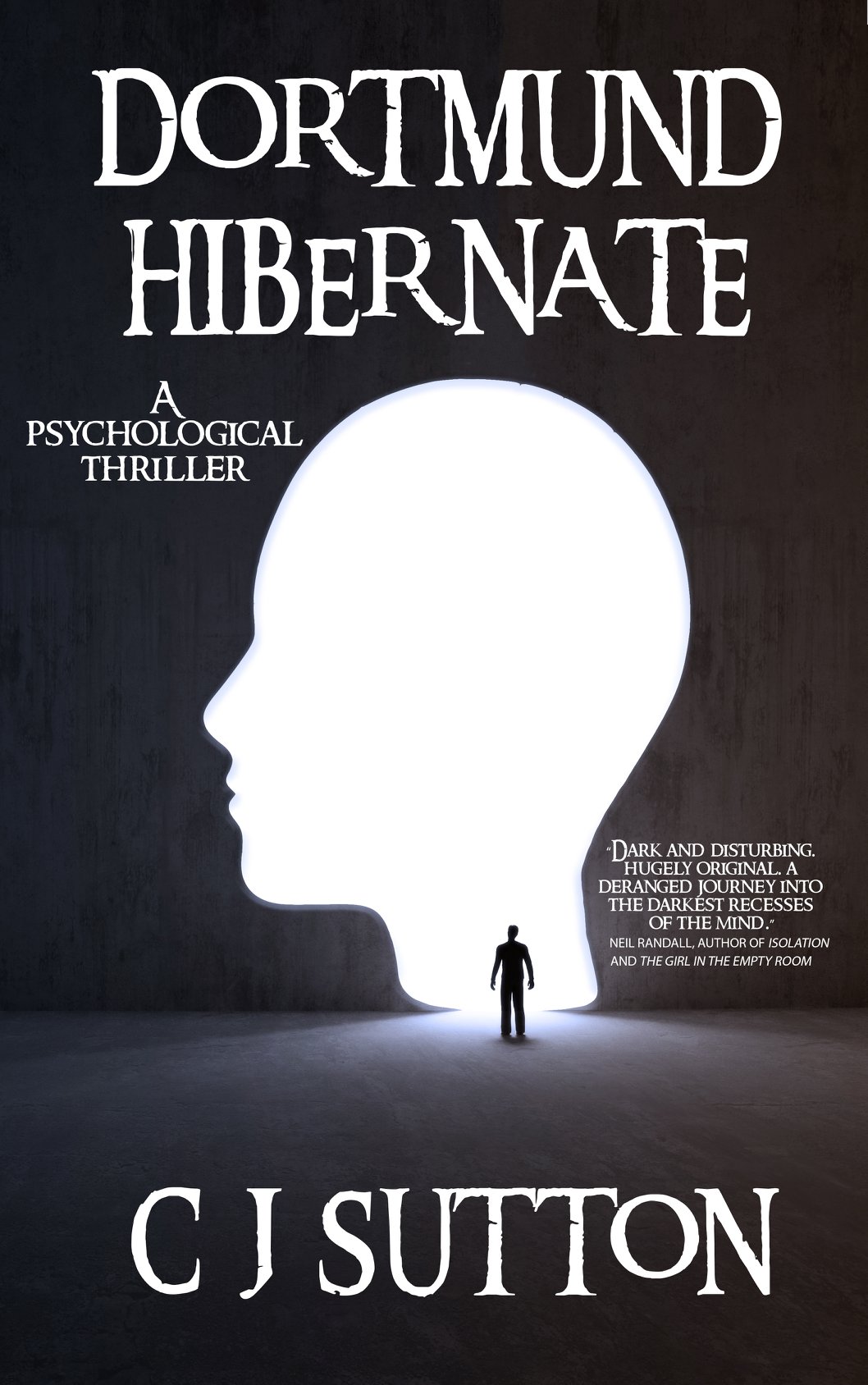 I’m a writer from Melbourne, I just completed a Master of Communication degree and I write daily. I’ve recently joined the married club and spent some time on honeymoon this year doing very little, so the writing fire remains ignited. I’ve always lived in Melbourne, with small stints in Sydney as a journalist and South East Asia as an “adventurer”; I use that term loosely because adventure is in the eye of the beholder. I’m an avid sports fan, prefer the silence of the countryside and hope to make a living from this little craft called ‘writing novels’.

JRR:  Congrats on the marriage!  Did you always want to become an author?

As a child I loved stories and as a teenager I was always reading books, so the passion for writing was there. Becoming an author was not a career choice I was really advised on growing up. It was more a pipe dream that famous or rich people have access to, and school told me to be an accountant or businessman. I studied those areas for a few years and was bored out of my mind, so writing transformed from a nightly hobby to a way to make a living. I started with journalism and copywriting, but writing novels was the goal from the moment I realised I wasn’t too bad with words. Since about the age of eighteen I have been focused on publication, and more than a decade later I have finally found that goal. But it is still only the beginning.

JRR: You reached that goal:  Now to continue the journey….  Who was the most influential author you read growing up?

Definitely Stephen King. If he wasn’t scaring the shit out of me he was probably teaching me life lessons through the actions of his characters. The range of his writing meant that if you weren’t in the mood for horror, you could read a sprawling epic such as The Stand or a coming-of-age tale such as The Body. His non-fiction book On Writing remains the single greatest reference for aspiring writers, and his ability to pump out so many titles year after year is just phenomenal. On vacation one year I read a short story of his and knew I would always strive for the life of an author.

George Orwell. I read 1984 when I was about 20 years old and it instantly became my favourite book, and Animal Farm demonstrated that this wasn’t a once-off. Orwell could construct dystopia so well that you pleaded for hope when there was none. His terms have become ingrained in pop culture, and his influence almost 70 years on from publication remains as powerful as ever. As writers we hope our work lives on forever, that our books become our legacy. George Orwell achieved this, and it saddens me that I’ll never get to read a new novel written by his hand.

To tell stories that haven’t been told, but also to reach a lifestyle that makes me happy. An author wants to make a living off their novels, to wake up each day and write in relaxing surroundings on projects that they are passionate about. I am inspired to live off my stories and pass them on to new readers. Even with technology, books play such a strong role in the lives of readers and I hope to contribute to this in any way I can.

JRR:  What does your writing process consist of?

Coffee, a quiet space and some free time. I’m in the best frame of mind when the sun is shining through the windows, the coffee is fresh and I’m alone with my thoughts. In those moments I feel like I could create anything. Unfortunately, a busy life means this is a rarity, so I have to make sure I’m writing whenever a slot arises. This may be while dinner is cooking or even when I’m supposed to be sleeping. I do try to hit certain word counts when I write and anything under 1,000 words in a session is deemed a failure.

JRR:  What made you choose to write a psychological thriller? What is your favorite book/movie of this genre?

My writing tends to lean towards the darkness; violence, gore, explicit language and challenging themes. I also crave the unexpected twists and turns that keep me guessing, so these elements were thrown together and psychological thriller was the result. I’ve referenced Shutter Island as a film that has similarities to Dortmund Hibernate, so I would say it is one of my favourite films in the genre. Silence of the Lambs is another key example. That interplay between two people on opposite sides of the law is so engrossing.

JRR:  Where did the idea for Dortmund Hibernate come from? Have you had any experience working in a prison or with the criminally insane?

I have read countless books on people with unstable minds (Charles Manson, etc) but I haven’t worked within the prison or mental health systems. I have visited many facilities, and used journalistic instinct to research diligently, and an interest in the subject matter was obvious from a young age. The idea stemmed from thin air really. I was in bed just thinking and thinking, and then a key scene just played out before me. The next day I had to start writing, and it evolved from that key scene.

JRR:  Did you base any character off anyone you know?

Definitely not. If I knew anyone with the character traits that the people contained within Dortmund Asylum have then I’d be a little nervous. The inmates do have traits synonymous with the criminally insane, but they are their own people and are unique in their makeup. If anyone reading Dortmund Hibernate believes a character is similar to them, I advise contacting the local police station immediately.

JRR:  Let’s hope there are not any phone calls from anyone reading your novel!  If you could have dinner with three people (living or dead) who would they be?

Stephen King, Leonardo DiCaprio and George Orwell. I’m not sure if these three men would get along, but each has played a pivotal role in my writing. I would likely bombard them with questions, but their interactions would be worthy of a new book. If this could result in Leo playing a role in an upcoming adaption of The Stand, I’d happily take credit for making it happen. George Orwell had such forward-thinking ideas, and I would really appreciate his view on the present world. Steve and Leo have political and environmental viewpoints that George would challenge, and such a conversation could change the world. Unfortunately this can never happen, but maybe I can have dinner with the first two one day!

JRR: Great choices for dinner guests!  Which book have you always meant to get around to reading, but still not read?

I can’t actually think of one specific book, because if there’s a book I’m tempted to read I will generally sacrifice writing time to read it. Reading is great research, and I consume all I can when I hop into bed at night. I do have a stack on my bedside table waiting for my time, but I can honestly say there will always be a stack no matter how many I read through because there are so many interesting tales out there. Some days I spend a bit too much on Amazon or in local bookstores, and I’m referring to both time and money.

JRR: Yes, so many books and never enough time(or money) to get to all of them!  What is the best advice you have ever received?

Write stories that you want to read. It’s so simple yet so true. If I’m the only person to read what I write, so be it; at least I’ll have enjoyed myself in the process. You can’t predict what others will respond to, and a book is such a tiring process that worrying about reception will stifle the product. Love what you do. I can’t exactly remember who I first heard this from, but it’s a common theme told by successful authors. Listening to people who have made such a profound impact on this industry can only improve our chances.

Thank you for your time with this interview CJ! 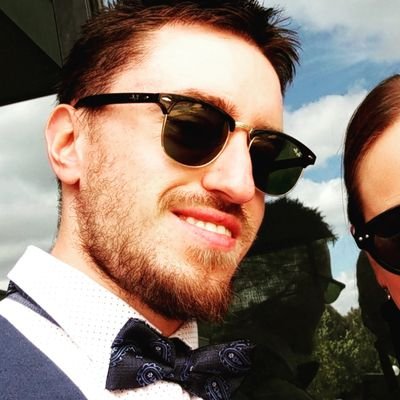 C.J. Sutton is a writer based in Melbourne, Australia. He holds a Master of Communication with majors in journalism and creative writing, and supports the value of study through correspondence. His fictional writing delves into the unpredictability of the human mind and the fears that drive us.

As a professional writer C.J. Sutton has worked within the hustle and bustle of newsrooms, the competitive offices of advertising and the trenches of marketing. But his interest in creating new characters and worlds has seen a move into fiction, which has always pleaded for complete attention. Dortmund Hibernate is his debut novel.