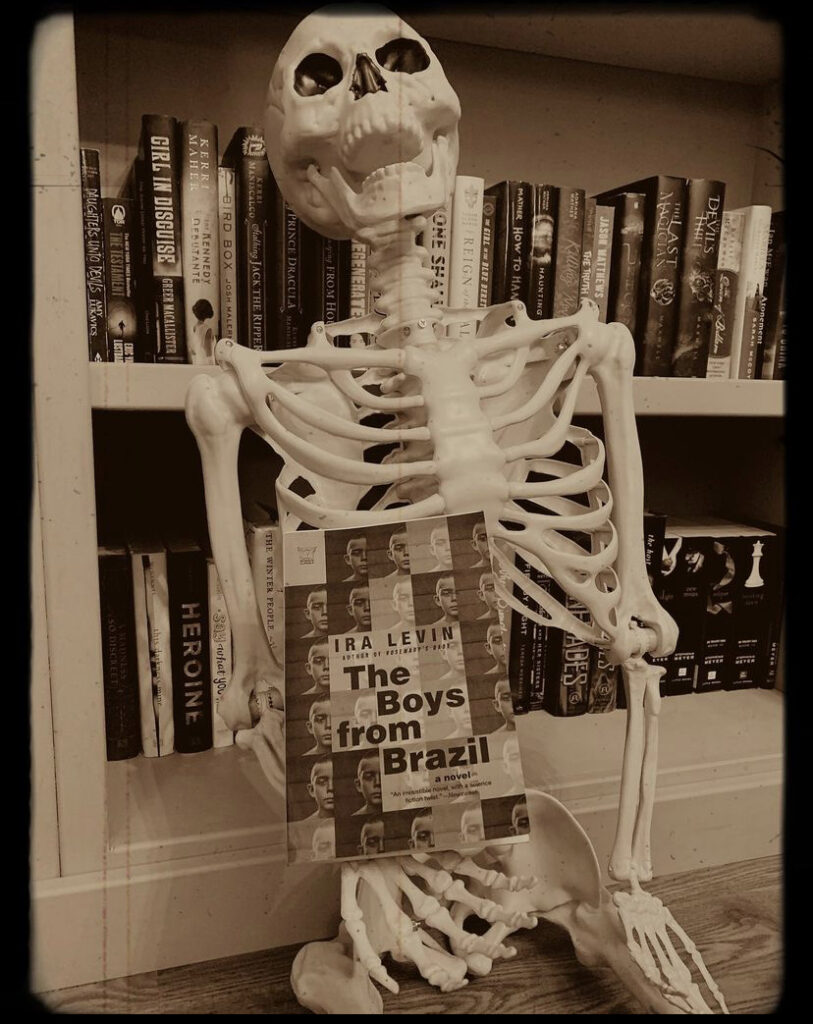 Alive and hiding in South America, the fiendish Nazi Dr. Josef Mengele gathers a group of former colleagues for a horrifying project—the creation of the Fourth Reich. Barry Kohler, a young investigative journalist, gets wind of the project and informs famed Nazi hunter Ezra Lieberman, but before he can relay the evidence, Kohler is killed.

Thus Ira Levin opens one of the strangest and most masterful novels of his career. Why has Mengele marked a number of harmless aging men for murder? What is the hidden link that binds them? What interest can they possibly hold for their killers: six former SS men dispatched from South America by the most wanted Nazi still alive, the notorious “Angel of Death”? One man alone must answer these questions and stop the killings—Lieberman, himself aging and thought by some to be losing his grip on reality.

At the heart of The Boys from Brazil lies a frightening contemporary nightmare, chilling and all too possible.

I randomly found this book referenced in a silly conspiracy book I found in the clearance section of Books-a-Million. It was about Hitler’s use of dark magic in his rise to power and all it did was disprove the author’s whole thesis. I didn’t make it through chapter 3 of that book, but thankfully, I got a good book recommendation out of it.

I’m not sure I’d call Rosemary’s Baby horror, and I kinda feel the same way about this book. The overall idea is a scary one. However, the book comes across more as a thriller with some medical leanings. I mean, Dr. Mengele is the main villain so of course there’s gonna be some medical weirdness happening. I don’t want to give away the twist, though I knew half of it going into the story. I was still surprised once the twist was completely laid out for me. I didn’t see the whole picture clearly until then and I actually liked that. Even the open ending didn’t bother me!! It did get a little slow in the middle, but other than that, I really enjoyed this book!!