Today I am sharing my review as a part of the blog blitz for the children’s picture book Five Minutes, Alfie by Lily Mae Walters. This is a fun children’s book that will wake the kids up!  There is also a giveaway going on for a paperback copy of the book (UK Only).

Alfie snuggles down in bed,
dreams still in his little head.

He dreams he’s a king going out for a ride.
“A dragon sleeps in front of the gate,” they cried.

How will they succeed in waking him up?
By helping each other and lots of luck. 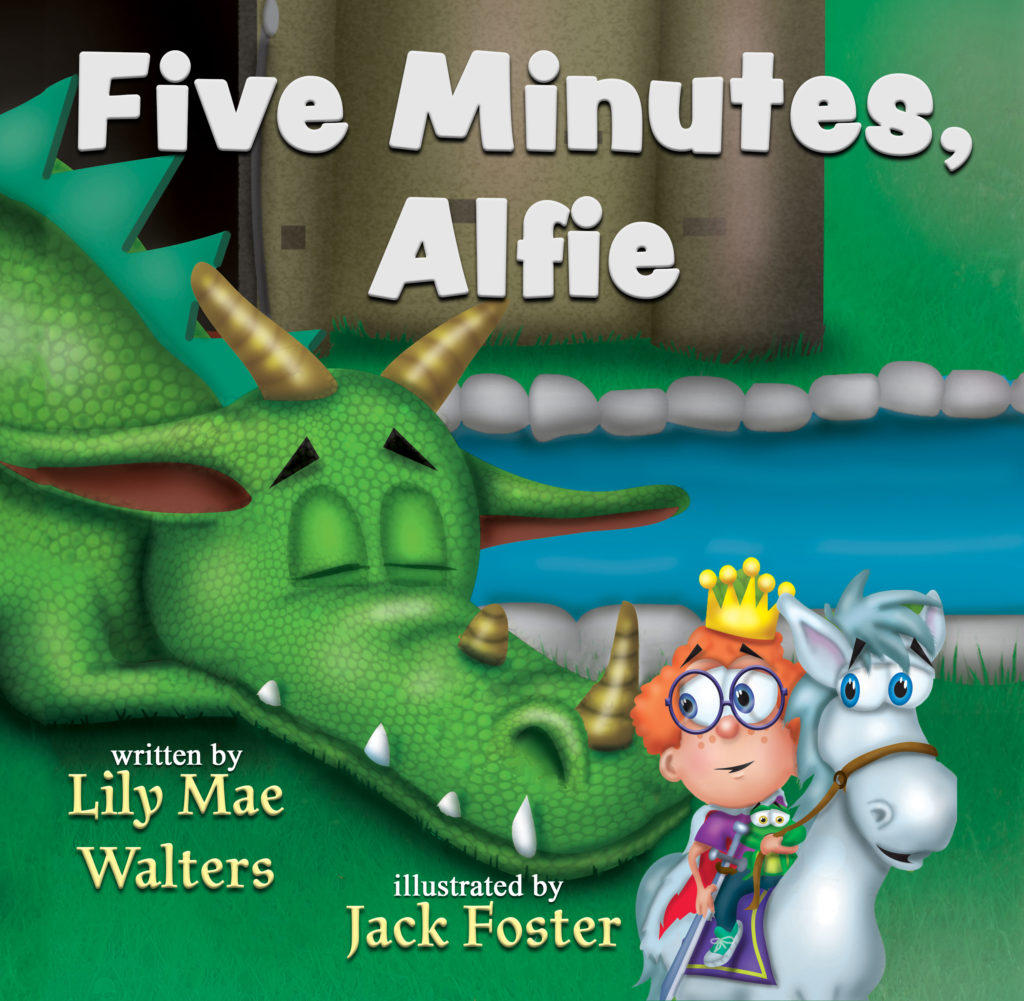 Five Minutes, Alfie is a fun read for young children that has colorful pictures. This is a children’s book to NOT read when you are trying to get the kids to go to sleep as they may become excited about the story and want to know what is going to happen at the end. I have to say the book has a dragon in it as well which makes it even more exciting! What kid doesn’t like having a story with dragons?!?!?

At the beginning of the book Alfie’s mom is trying to get him up for the day, but he just needs  a few more minutes to finish his dream, after-all,  he is a king!  The problem Alfie’s kingdom is facing is this: there is a huge sleeping dragon outside the castle and no matter what the people do, they can’t wake it up! This story will have the kids in anticipation if the people will  be able to get the dragon awake and what will happens when it wakes up?!?!?!

Five Minutes, Alfie rhymes which makes it fun to read aloud.  The CGI pictures are bright, colorful, and definitely add to the enjoyment of the story.  This book will keep the kids wide awake and ready for their next adventure!

Lily Mae Walters chose her pen name in honour of her beloved grandparents who also star in the Josie James series.

She is married with two teenage children, and two huskies that are the inspiration behind Murphy and Asher in the books.

Lily Mae lives in Nuneaton, England and finds herself using local  places and even her old school in her stories.

Family and friends mean the world to Lily Mae and many will find themselves popping up throughout the series.

*Terms and Conditions –UK entries welcome.  Please enter using the Rafflecopter box above.   The winner will be selected at random via Rafflecopter from all valid entries and will be notified by Twitter and/or email. If no response is received within 7 days then Rachel’s Random Resources reserves the right to select an alternative winner. Open to all entrants aged 18 or over.  Any personal data given as part of the competition entry is used for this purpose only and will not be shared with third parties, with the exception of the winners’ information. This will passed to the giveaway organiser and used only for fulfilment of the prize, after which time Rachel’s Random Resources will delete the data.  I am not responsible for despatch or delivery of the prize.

Today I am helping spread the word out about the novel The New Guy by Kathryn Freeman. This one was just released on March 13th and one I hope to read sometime soon!

Sam Huxton doesn’t do one-night stands, especially not with men she’s just met! But the hot guy at the bar was hard to resist and their one night together is one she’ll never forget.

But one night is all they share – no names, no numbers, just some much needed fun…

Until the same guy walks into Sam’s life the next day as her new employee.  Sam never mixes business with pleasure and makes it clear an office fling with Ryan is off-limits.  But after-hours…one thing can lead to another. Can Sam trust her heart and her business with the new guy? 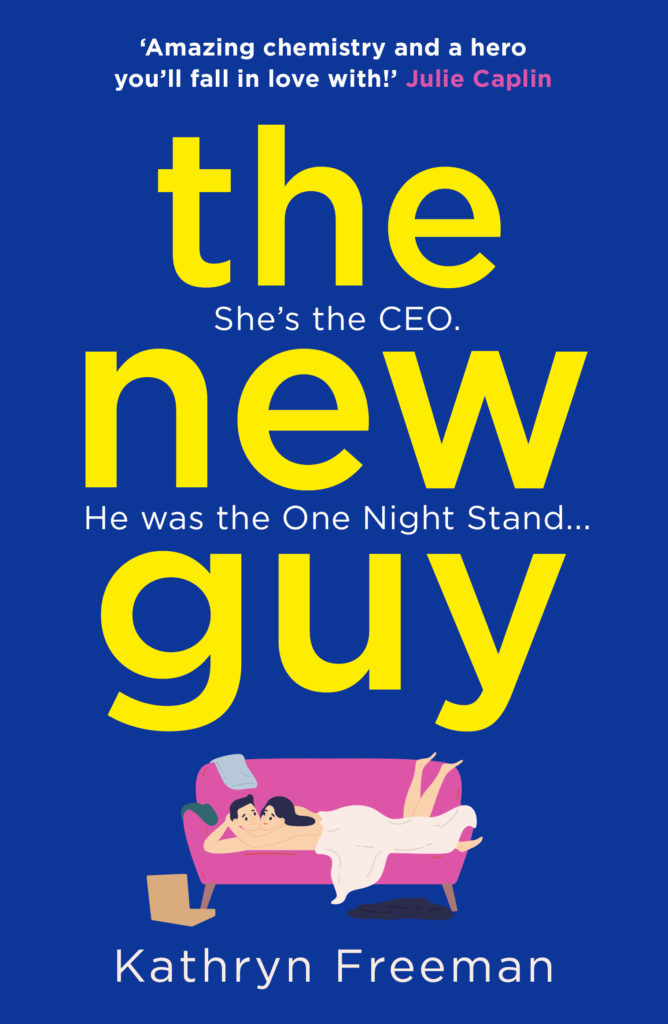 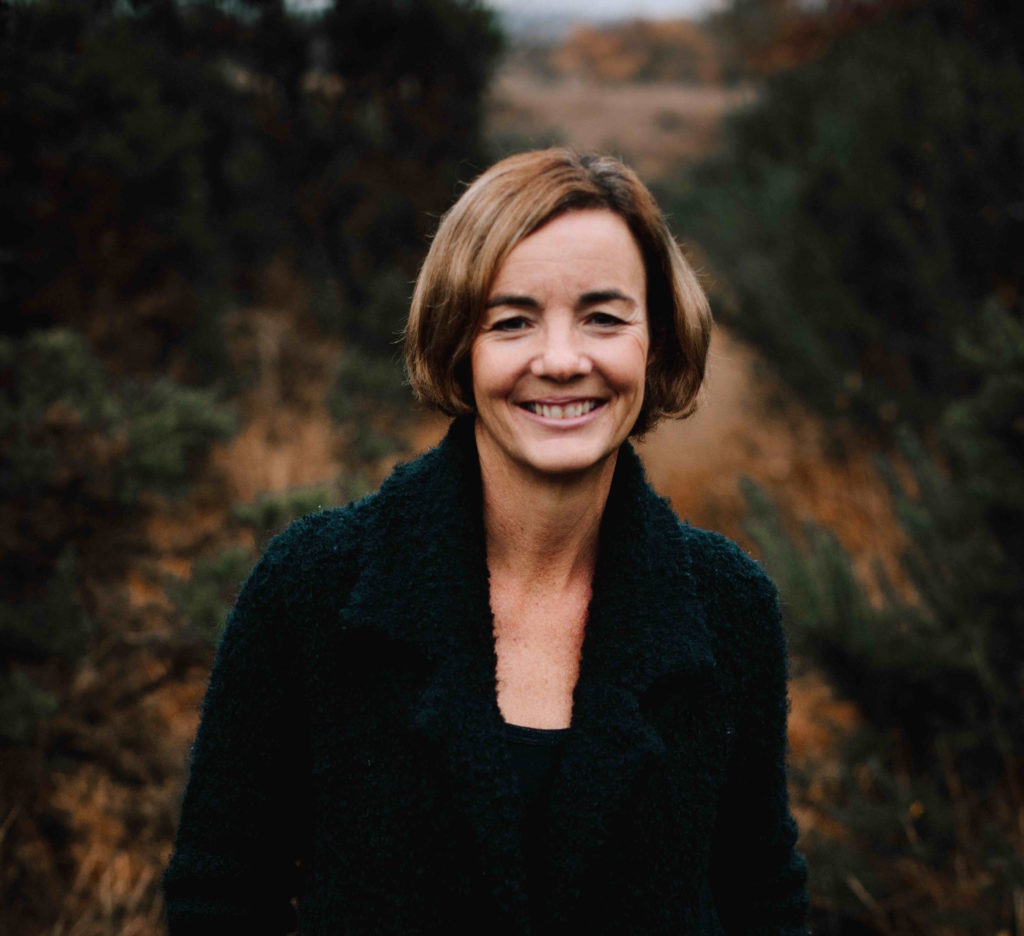 A former pharmacist, I’m now a medical writer who also writes romance. Some days a racing heart is a medical condition, others it’s the reaction to a hunky hero.

With a husband who asks every Valentine’s Day whether he has to buy a card (yes, he does), any romance is all in my head. Then again, his unstinting support of my career change proves love isn’t always about hearts and flowers – and heroes come in many disguises.