We are now in February and the second month of the #Diveseathon2021 Readathon!

This month the prompt is: A main character with a mental illness.

This month the host is: Lee over at DarkestwingsRead. She will be at YouTube, Tumblr and Instagram.

Here is her announcement post over on YouTube, and she is also hosting a GIVEAWAY!!!!  Be sure to click on that link for the giveaway information.

So what am I reading this month for #Diverseathon2021?  It’s one I had heard about before and there is also a movie too (and if you are a prime member, you can watch it for free on Amazon)!  My choice for this month is:

We Need to Talk About Kevin by Lionel Shriver 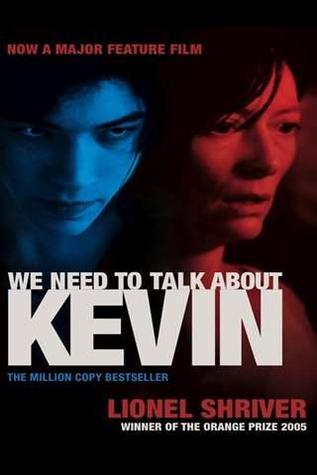 That neither nature nor nurture bears exclusive responsibility for a child’s character is self-evident. But generalizations about genes are likely to provide cold comfort if it’s your own child who just opened fire on his fellow algebra students and whose class photograph—with its unseemly grin—is shown on the evening news coast-to-coast.

If the question of who’s to blame for teenage atrocity intrigues news-watching voyeurs, it tortures our narrator, Eva Khatchadourian. Two years before the opening of the novel, her son, Kevin, murdered seven of his fellow high school students, a cafeteria worker, and the much-beloved teacher who had tried to befriend him. Because his sixteenth birthday arrived two days after the killings, he received a lenient sentence and is currently in a prison for young offenders in upstate New York.

In relating the story of Kevin’s upbringing, Eva addresses her estranged husband, Franklin, through a series of startingly direct letters. Fearing that her own shortcomings may have shaped what her son became, she confesses to a deep, long-standing ambivalence about both motherhood in general—and Kevin in particular. How much is her fault?

We Need To Talk About Kevin offers no explanations for why so many white, well-to-do adolescents—whether in Pearl, Paducah, Springfield, or Littleton—have gone nihilistically off the rails while growing up in the most prosperous country in history. Instead, Lionel Shriver tells a compelling, absorbing, and resonant story with an explosive, haunting ending. She considers motherhood, marriage, family, career—while framing these horrifying tableaus of teenage carnage as metaphors for the larger tragedy of a country where everything works, nobody starves, and anything can be bought but a sense of purpose.