It’s October and you know what that means: My favorite time of the year: Fall, haunted houses, corn mazes, SCARY STORIES and movies!  We are going to keep First Line Friday Horror/scary related again this year:

Call it reaper’s insomnia, but the dead wouldn’t let me sleep at night. 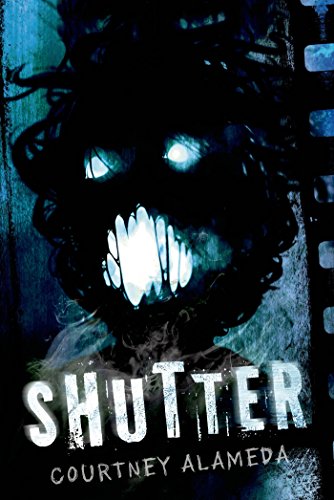 Micheline Helsing is a tetrachromat — a girl who sees the auras of the undead in a prismatic spectrum. As one of the last descendants of the Van Helsing lineage, she has trained since childhood to destroy monsters both corporeal and spiritual: the corporeal undead go down by the bullet, the spiritual undead by the lens. With an analog SLR camera as her best weapon, Micheline exorcises ghosts by capturing their spiritual energy on film. She’s aided by her crew: Oliver, a techno-whiz and the boy who developed her camera’s technology; Jude, who can predict death; and Ryder, the boy Micheline has known and loved forever.

When a routine ghost hunt goes awry, Micheline and the boys are infected with a curse known as a soulchain. As the ghostly chains spread through their bodies, Micheline learns that if she doesn’t exorcise her entity in seven days or less, she and her friends will die. Now pursued as a renegade agent by her monster-hunting father, Leonard Helsing, she must track and destroy an entity more powerful than anything she’s faced before . . . or die trying.

Lock, stock, and lens, she’s in for one hell of a week.