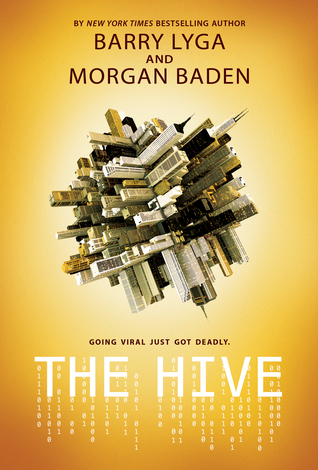 Cassie McKinney has always believed in the Hive.

Social media used to be out of control, after all. People were torn apart by trolls and doxxers. Even hackers – like Cassie’s dad – were powerless against it.

But then the Hive came. A better way to sanction people for what they do online. Cause trouble, get too many “condemns,” and a crowd can come after you, teach you a lesson in real life. It’s safer, fairer and perfectly legal.

Entering her senior year of high school, filled with grief over an unexpected loss, Cassie is primed to lash out. Egged on by new friends, she makes an edgy joke online. Cassie doubts anyone will notice. But the Hive notices everything. And as her viral comment whips an entire country into a frenzy, the Hive demands retribution. One moment Cassie is anonymous; the next, she’s infamous. And running for her life.

With nowhere to turn, she must learn to rely on herself – and a group of Hive outcasts who may not be reliable – as she slowly uncovers the truth about the machine behind the Hive.

New York Times bestselling authors Barry Lyga and Morgan Baden have teamed up for the first time to create a novel that’s gripping, terrifying and more relevant every day, based on a story proposal by Jennifer Beals and Tom Jacobson.

Social media is everywhere and just about everyone is a part of it.  Imagine we are in a United States where you are required to be on social media once you reach 13 years old and anything you say can have consequences (Likes, Dislikes, Condemns). The more Condemns you receive the greater your chances are to have Hive Justice carried out against you by anyone and everyone in a serious way.  And the police cannot stop the mob mentality because it is all legal.

Although The Hive started a bit slow for me (the introduction to Hive, BLINQ, and Cassie being in high school) it was all necessary to the buildup of the joke that Cassie made that cause her to go viral. BLINQ is a government owned social media that connects all forms of social media together. My opinion is that BLINQ is a bit like ‘Twitter on crack’. Cassie is an angry girl experiencing some grief and she transfers to a new school her senior year.  The beginning is a bit like Mean Girls and some typical high school drama of Cassie trying to figure out where to fit in.

Once Cassie’s joke goes viral the novel really starts moving and doesn’t stop until the end.  I could not put the novel down and read it in just a few days.  It’s hard to fathom that people want to go out and find Cassie and hurt her (or worse) because of a tasteless joke.  It is definitely a mob mentality/vigilante justice. Forget the fact that she is just a kid, people just want to do what they can do without legal repercussions, not even knowing the whole situation. They just want to kill because they can.

There are some political overtones to the novel. Normally, I cannot stand that in novels, but with this particular subject matter, the politics are necessary.  The Hive is also be a coming of age type novel as Cassie grew on me showing her growth and maturity she reaches as the novel progresses.  The Hive is definitely relevant to our society today.  So much is done online now that it seems more important than ‘real life’.  Maybe real life is actually our online life…. The Hive definitely shows how anything we say or do has consequences (both positive and negative). We really should think about what we are about to say or do.

I was personally hoping for a different ending, something that shows how truly evil and damaging the Hive and BLINQ are to this society. Being this is a young adult novel, maybe that was the case for the ending we received.

The Hive is a novel everyone 14+ should read ( I say 14+ as there is foul language used throughout the novel, mainly the ‘f-word’).  The Hive will leave you thinking about social media and where we are heading with it.  How much do YOU share online, and could something you say or do cause you to receive a ‘Hive Alert’?

Many thanks to the publisher KCP Loft for sending me an arc copy. It was a pleasure to read and review.