Today I am one of the blogs sharing my review for the blog blitz for The Little Gate-Crasher: The Life and Photos of Mace Bugen by Gabrielle Kaplan-Mayer.

Mace Bugen might have been an achondroplastic dwarf, 43 inches tall with an average size head and torso set on small, twisted legs—but that didn’t mean he was an idiot or a pushover. In truth, he was smarter than most; over the years, he learned to effectively turn what society in those days called a handicap into a powerful tool he could use to his advantage.

“When I was a kid,” he once said, “I’d ask myself, Why is that guy on the football team? Why can’t I be on the team? Why didn’t God give me the height so I could be the hero?”

“Then at some point I figured it out: I gotta do something special to let ’em know I’m me.”

In The Little Gate Crasher: The Life And Photos Of Mace Bugen, I remember my amazing great-Uncle Mace Bugen through his journey as a first-generation Jewish-American kid in working class Philipsburg, NJ to becoming the first celebrity selfie-artist—way ahead of his time.

Featuring vintage photos of Mace with his exploits, The Little Gate Crasher captures three decades of American pop culture, seen through the unique lens of Mace and his gate-crashing exploits.

Underneath his antics, we meet a complex man who continually defies others expectations and meets life on his own terms. Mace becomes a successful businessman and devoted son to his aging parents. But in his gate-crashing antics, we best get to see Mace’s unique combination of guile, cunning and sense of entitlement, which he used to engineer photos of himself with some of the biggest celebrities of his day. If people were going to stare at him all of his life, he would give them something to see. 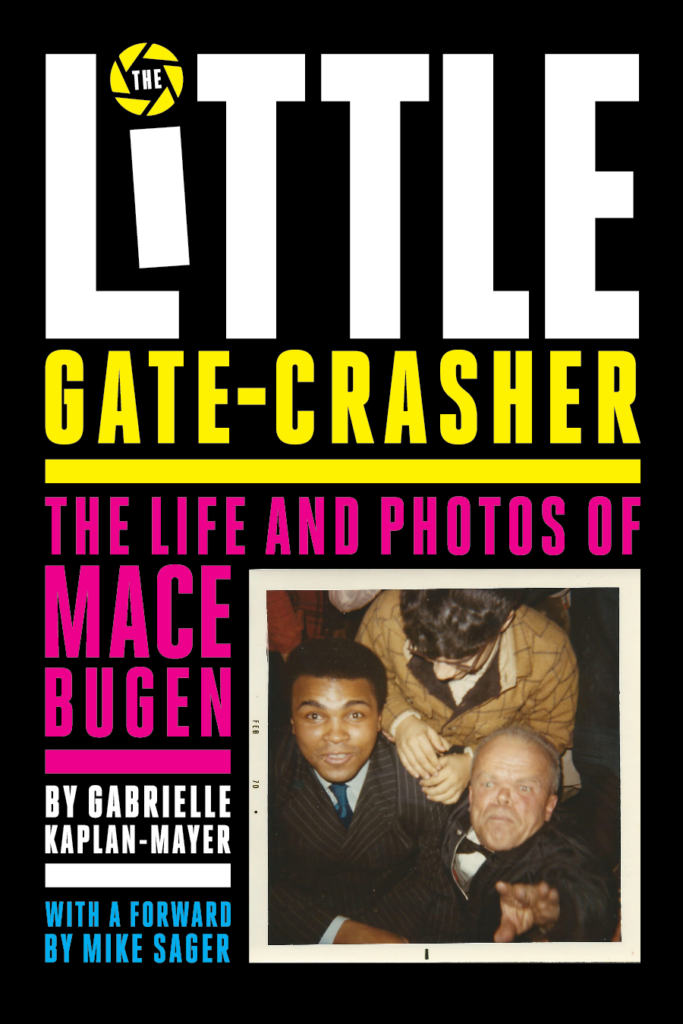 You see a picture of Mace Bugen and think “I know him from somewhere!” He’s one of those faces you won’t forget, and not just because of his size.  Mace was an achondroplastic dwarf who did not let his small stature get the best of him, instead of blaming his height, he accepted it!  His size was the equivalent to a four year old. He was ahead of his time taking what we now know of as selfies with some of the biggest celebrities, politicians and sports figures  of his time! Sometimes the celebrities were willing participants; sometimes the pictures are blurry in his creative ‘photo-bomb’ attempts to get photos. He even got a photo with Former President Nixon and the man who would later develop the polio vaccine: Dr. Jonas Salk.

This book is more than just a picture book of a man with celebrities: we learn about him, his family (which includes the author) and his life in this biography.  The author, Gabrielle Kaplan-Mayer is his great-niece and she put her heart and soul into this book. Mace may have been short in stature but his personality and antics were larger than life. This should be a book everyone should have, it would make a perfect coffee table book. 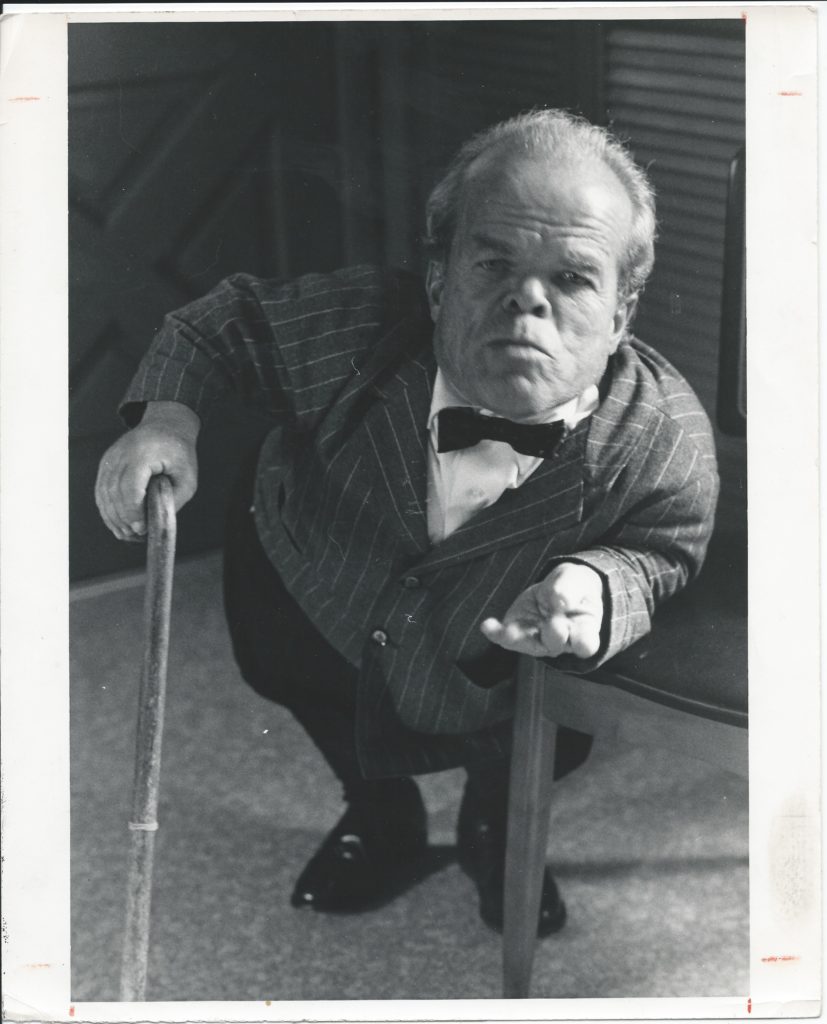 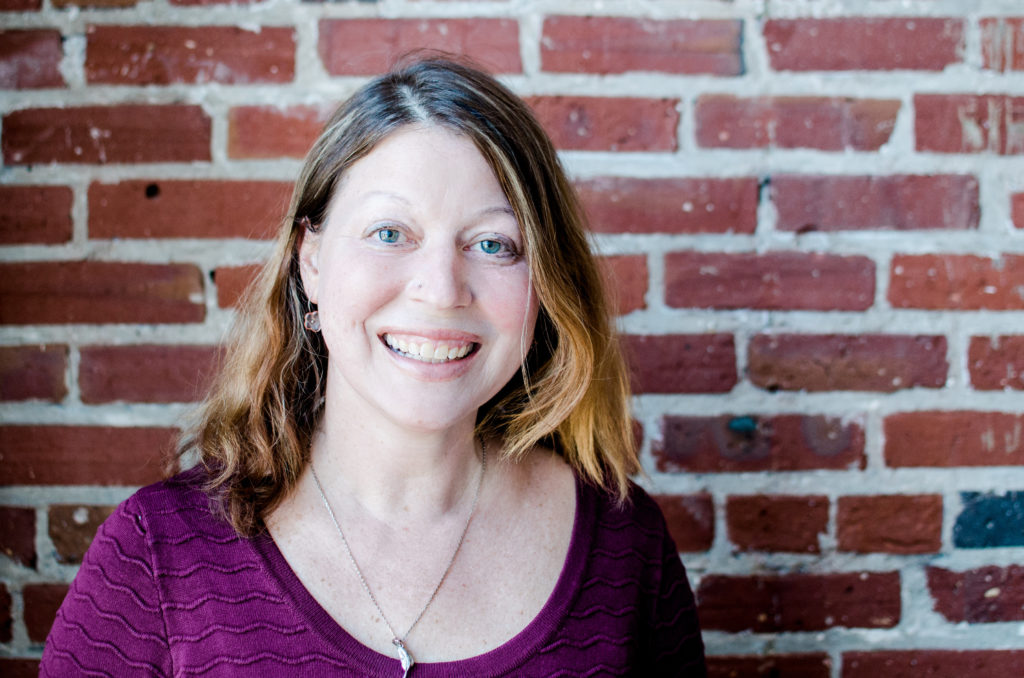 Gabrielle Kaplan-Mayer is an experienced educator, author and speaker. At Jewish Learning Venture, she works as Director of Whole Community Inclusion and leads disability awareness programs for the Philadelphia Jewish community. Her most recent book The Little Gate Crasher, a memoir of her Great-Uncle, who overcame society’s prejudices about dwarfism to lead a remarkable life, was one of the national book selections for 2017 Jewish Disability Awareness & Inclusion Month. Gabby writes for and edits The New York Jewish Week’s The New Normal: Blogging Disability and is also a featured Philly parenting blogger for WHYY’s newsworks. Gabby holds a B.F.A. in theatre and creative writing from Emerson College and an M.A. in Jewish Studies from the Reconstructionist Rabbinical College.

*Terms and Conditions –USA / Canada entries welcome.  Please enter using the Rafflecopter box above.  The winner will be selected at random via Rafflecopter from all valid entries and will be notified by Twitter and/or email. If no response is received within 7 days then I reserve the right to select an alternative winner. Open to all entrants aged 18 or over.  Any personal data given as part of the competition entry is used for this purpose only and will not be shared with third parties, with the exception of the winners’ information. This will passed to the giveaway organiser and used only for fulfilment of the prize, after which time I will delete the data.  I am not responsible for despatch or delivery of the prize.