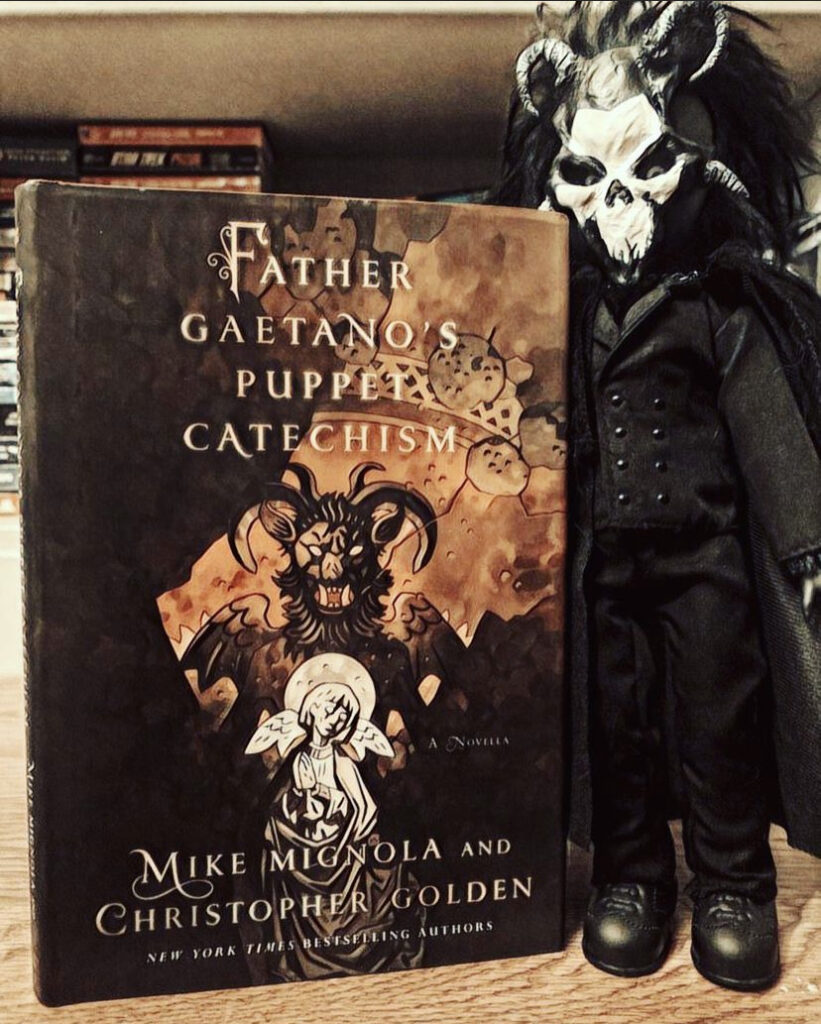 In the aftermath of a critical World War II battle, Father Gaetano is assigned as the sole priest at the Church of San Domenico in the small, seaside Sicilian village of Tringale. The previous pastor has died, and now the young priest must say all of the masses himself. In addition, he is tasked with shepherding the war’s many orphans taken in by the San Domenico rectory. The children are a joy, but his attempts to teach them the catechism are in vain until he finds an ornate box of puppets in the basement. By day the puppets are teaching tools, but after dark… they emerge from their box, without their strings. And the children’s lives will never be the same again.

This was an odd read! I found it randomly at Gene’s Books and it sounded fascinating so I bought it. It didn’t take long to read at all, though it also wasn’t the easiest book to read. The story is relatively simple, but there’s definitely a lot of metaphorical elements. I definitely got the plot line. A boy who has a puppet that he’s bonded with discovers his puppet is alive. The puppet was innocent until he and the others were used to act out Bible stories where they were introduced to the concept of sin and specifically, the concept of overthrowing God. So they tried to do it to the priest at the orphanage/school. It sounds so weird and I can’t say that I necessarily “got” everything. But this is one of those few books that I do plan on reading again. I have a feeling that my second time will be better. It’s one of those stories that makes you want to dig a little deeper to find out a little more! A weird read and definitely not for everybody. But I enjoyed it!