Today I am one of the stops on the blog tour for Island of Secrets by Diane Demetre. I will be sharing an extract from the novel.

Two love stories separated in time. Two women following their dreams. In a paradise littered with painful secrets, will love turn the tide?

1973: Cecilia “CiCi” Freemont has a restless soul and the voice of an angel. Leaving her privileged upbringing behind, she chases her dreams to the sandy beaches of an unspoiled Hawaiian paradise, Harbor Island. But life takes an unexpected turn when she falls for the island’s young heir-apparent and her newfound adventure becomes too much to bear…

2017: Investigative journalist Tina Templeton has dedicated herself to the pursuit of truth. But when she inherits Harbor Island, her career plans take a confusing twist. Managing the sprawling island estate is tough business even with the help of aging cabaret singer, CiCi Freemont. Especially when a massive ecological disaster threatens to destroy her beautiful beaches—and the responding coast guard captain steals her heart.

As the investigation into the disaster reveals a 40-year-old mystery that could change their lives forever, will Tina find love among the secrets, or will CiCi’s painful past dash her dreams on the rocks?

Island of Secrets is an epic love story. If you like generations-spanning drama, characters with hidden pasts, heart-warming romance and intrigue, then you’ll love Diane Demetre’s powerful romantic mystery in paradise. 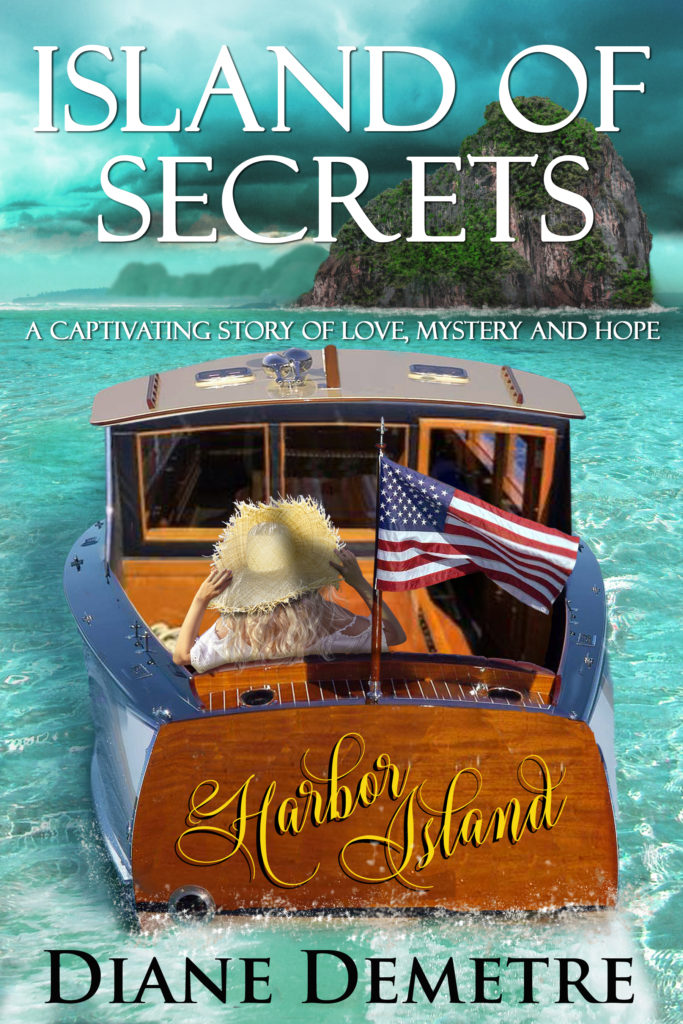 1973 – Required to lead the Sunday service on Harbor Island, Cecilia unleashes her voice to the amazement of all.

With all the morning’s commotion, the service now ran over two hours late. The staff sat perched in prim rows in the great pavilion, fanning themselves. As added evidence of the escalating heat, the fresh bunch of flowers Cecilia had pinned on her hat that morning had wilted. Her pretty lemon dress, now splattered with ugly brown marks, no longer shone with bright vitality. She gazed at the fine layer of dirt coating her feet and huffed. She looked a bedraggled mess. Not someone to be singing the hymns.

“And now, I call upon Cecilia to lead us in our first hymn, ‘All Creatures of Our God and King’.” Mr. Reginald nodded at her and vacated his place at the lectern-cum-pulpit.

With the required reverence she’d learned as a young church-going girl, Cecilia walked over. Beneath the long curls trailing down her back trickled an uncomfortable stream of perspiration on its course to her buttocks. Like an ice-cream, she melted under the heat and the pressure.

With a quick fidget of her sheet music and a smile, she silently pitched and prayed her voice would not let her down. “All creatures of our God and king, lift up your voices and with us sing. Alleluia! Alleluia! . . .” Clear, fluting notes pierced the hot dullness of the service. Heads snapped up with faces stretched in white-toothed grins. Even Mr. Reginald sat agape and blinked at her. Emboldened, she opened her voice for the next lines. “Thou burning sun with golden beam, thou silver moon with softer gleam.”

Obviously inspired, Bartholomew shot to his feet and joined his baritone voice with Cecilia’s lyric soprano on the next alleluias. She cast him a grateful wink. Up jumped Loretta, and Albert, and Robert, and Elsie and then all the staff sang out in worship. Their participation carried her to new confidence. With lungs bursting, she raised her voice to the rafters of the great pavilion. By the time the hymn finished, her body buzzed. A rush of euphoria flooded her senses. Triumphant, she opened her eyes, returning from the ecstasy of singing. Only then did she hear the thunderous applause. She spied Victoria and Dickie clapping wildly. They were seated beside their father, who by the look on his face, was both overwhelmed and disgruntled by her performance. Could it be he was jealous of her singing?

Clearing his throat, he returned to the lectern and resumed in dramatic manner. “And now today’s lesson. It is taken from Luke 10:25–37, the parable of the Good Samaritan. This is a most apt lesson for today considering what has befallen Mrs. Reginald this morning . . .” While Mr. Reginald droned on, the congregation once more fell into the drudgery of listening to him wax lyrical on the Bible’s message. It wasn’t until twenty minutes later, when he introduced Cecilia once more to lead them all in the second hymn, that the congregation rediscovered their interest in the Sunday service. 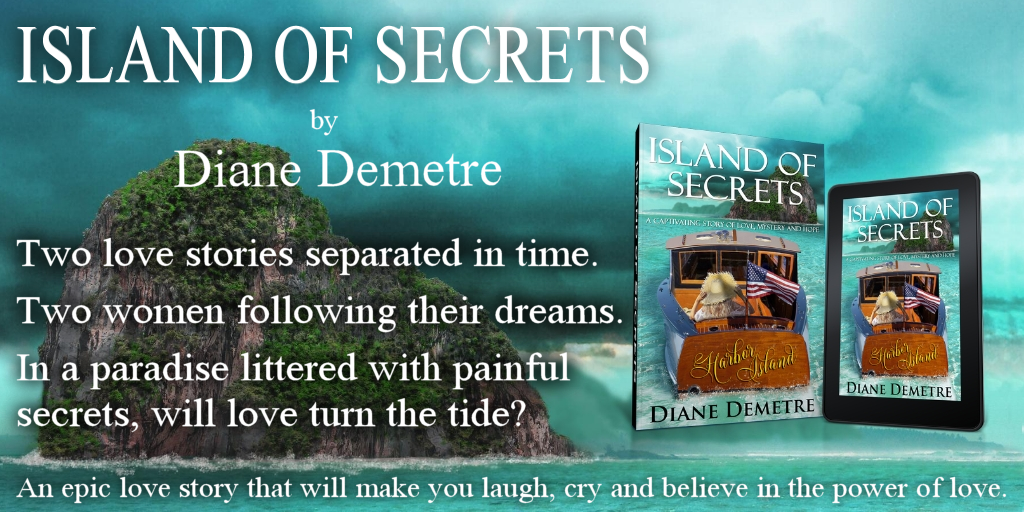 For readers of contemporary fiction, Diane Demetre is a fresh, passionate voice in storytelling. She is an award-winning author of genre-busting romance novels with a twist. Her dramatic flair, sense of place and evocative style create an entertaining escape for her readers. Diane’s works feature empowered heroines who live life to the fullest on their terms, much like the author herself. 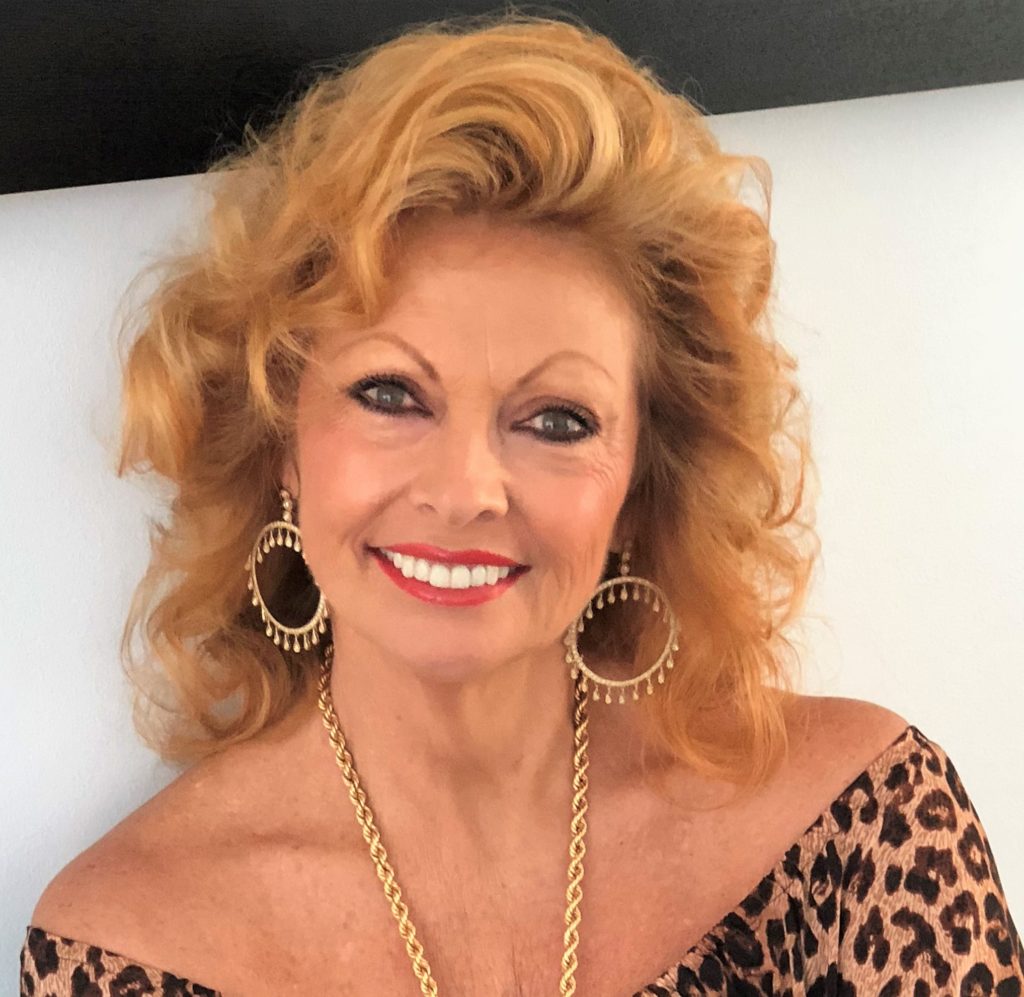 Diane began her career as a school teacher before moving into the entertainment industry as a choreographer, director, event manager, dancer and actress, working in television and live theatre, and managing multi-million dollar productions.

Following her onstage career, she spent many years as a stress & life skills therapist, keynote speaker and presenter, appearing on national radio and television.

Her romantic suspense, Retribution won the Romance Writers of Australia Emerald Pro Award 2017 for Best Unpublished Manuscript. Diane loves to write genre-busting stories with a twist. Her works are packed with emotional punch and feature empowered heroines who live life to the fullest, much like the author herself.