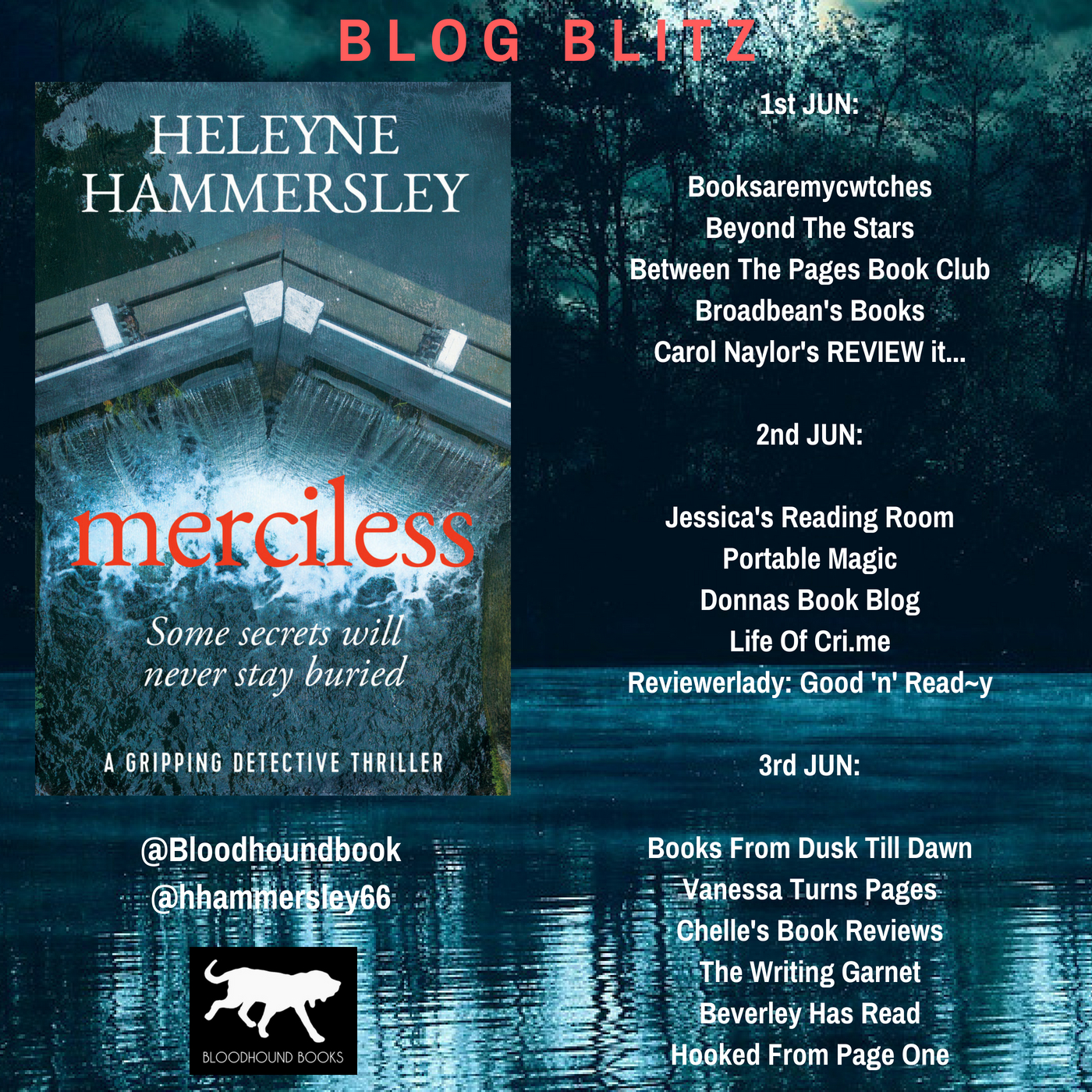 Today I am one of the spots on the blog blitz for Merciless by Heleyne Hammersley. The publisher is Bloodhound Books. The publication date for Merciless was yesterday, June 1st!  Today I will be sharing in her own words how Heleyne’s writing evolves in its own way, but still has similar themes.

DI Kate Fletcher is called out to a freezing canal where a woman’s body is found floating in a lock. With no identification, the police struggle to piece together the details of the woman’s life.

In Thorpe a daughter confesses to the murder of her father. She says she helped him escape a painful death from liver cancer, but was her role more active than she claims?

As Kate and her team investigate, the links between the two cases are inescapable and everything seems to lead back to the disappearance of a teenager years earlier.

Then the main suspect vanishes….

Can Kate connect the events of past and present to bring the culprit to justice? 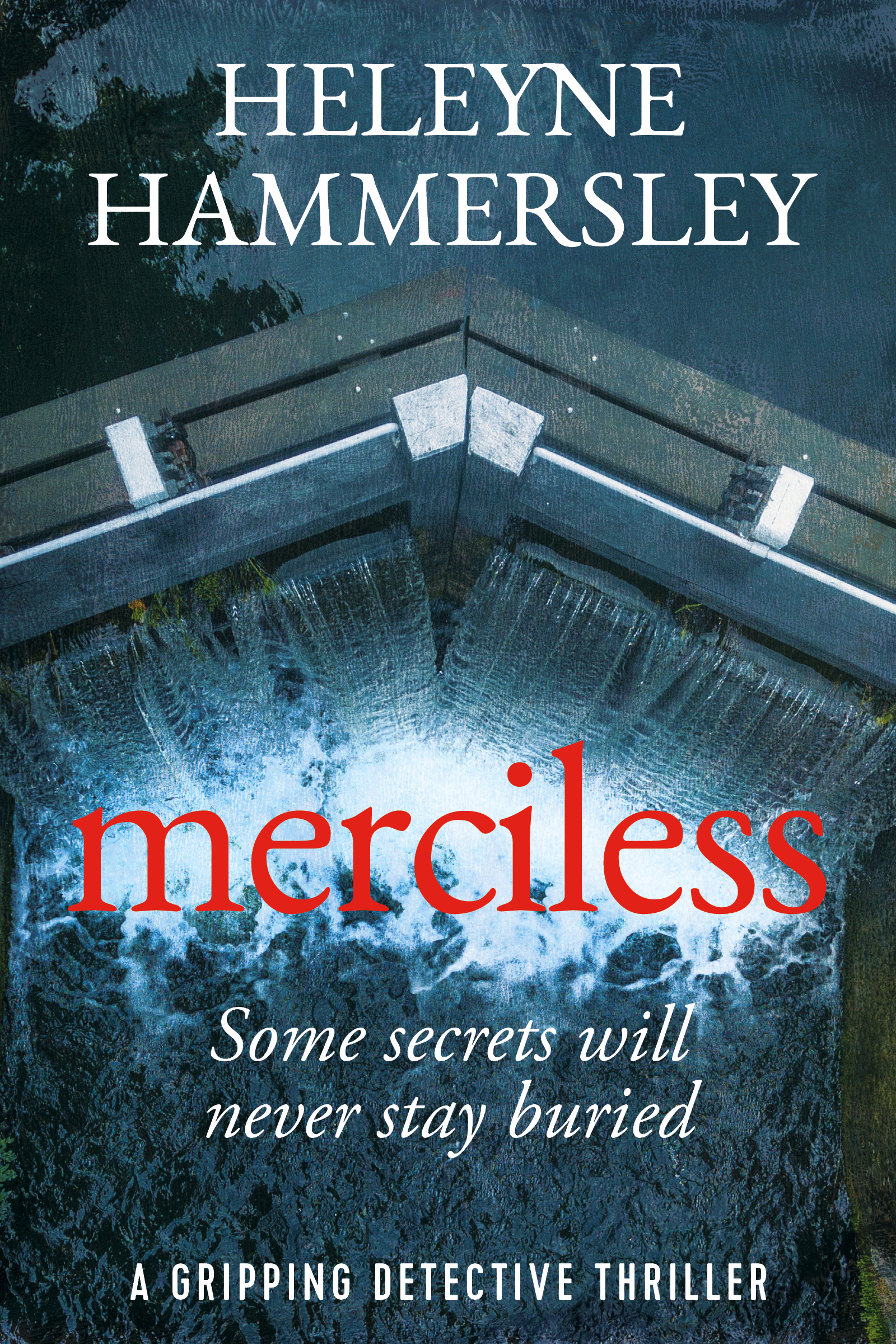 I never intended to write psychological fiction. I’ve always loved reading thrillers and chillers but I never really felt that I had it in me to write one – let alone two. I’ve written comedy, romance and even tried a bit of young adult dystopian adventure but I’d always steered clear of anything approaching suspense and crime. When I started to write ‘Forgotten’ it wasn’t really about what had happened to my central character as much as what was going to happen to her. It was about her identity and her ability to rebuild herself. The crime elements seemed to fit perfectly with that quest for self-knowledge.

My second novel ‘Fracture’ – published by Bloodhound Books on October 28th – is perhaps a more traditional thriller. It has a murder, a detective, a suspect and a few twists and turns. But, again, it is much more than that. At the heart of the story is the central character’s need to establish her sense of self and not become lost in somebody else. Again the traditional crime elements seemed to fit perfectly around the character’s emotional and physical journey.

I’ve started writing a series of more traditional police procedurals – Merciless is the second – and these are somewhat different from my first two novels. There are a couple of murders, a team of cops and a villain. Yet, unintentionally, that theme of self-discovery and identity is lurking again. The main character has returned to her childhood home after many years away and is forced to confront how her early experiences shaped her and added to her identity. In Merciless the villain is also shaped by her past and is forced to confront who and what she has become.

I’m currently working on the next novel in the series and again, I’ve found out that one of my characters has issues surrounding his identity. He was adopted and, while he is aware of this, it isn’t something that he’s shared with his colleagues – mainly because he doesn’t want them to know the identity of his birth mother.

I taught English for many years and one question that students asked again and again was ‘Did the author really put all this stuff in this book/poem/play deliberately or are we just looking for patterns and themes and seeing what might be there?’ The honest answer? I don’t know. I don’t think I’m obsessed with identity and self-discovery yet up it pops up in a lot of my writing. I know who I am, I know where I’ve been and what has shaped me so where does this recurring theme come from? I’m sure a psychotherapist would charge me a lot of money to give me the answer but I’m equally sure that I probably wouldn’t agree with his/her assessment.

And that’s what I love about writing. Sometimes my characters do things that I wasn’t expecting, sometimes the plot takes a turn that I didn’t plan for and often, it seems, I stick to a theme even though I’m not consciously aware that I’m doing so. 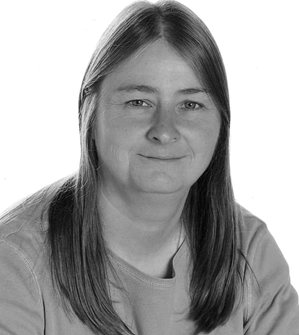 Heleyne Hammersley is a British writer based in Cumbria. She writes psychological suspense thrillers and crime novels.

Heleyne has been writing since junior school – her first work was a collection of poems called ‘Give Them the Works’ when she was ten years old. The poems were carefully handwritten on plain paper and tied together with knitting wool.

When she’s not writing, Heleyne can often be found wandering on the fells or in the local park with her dog.