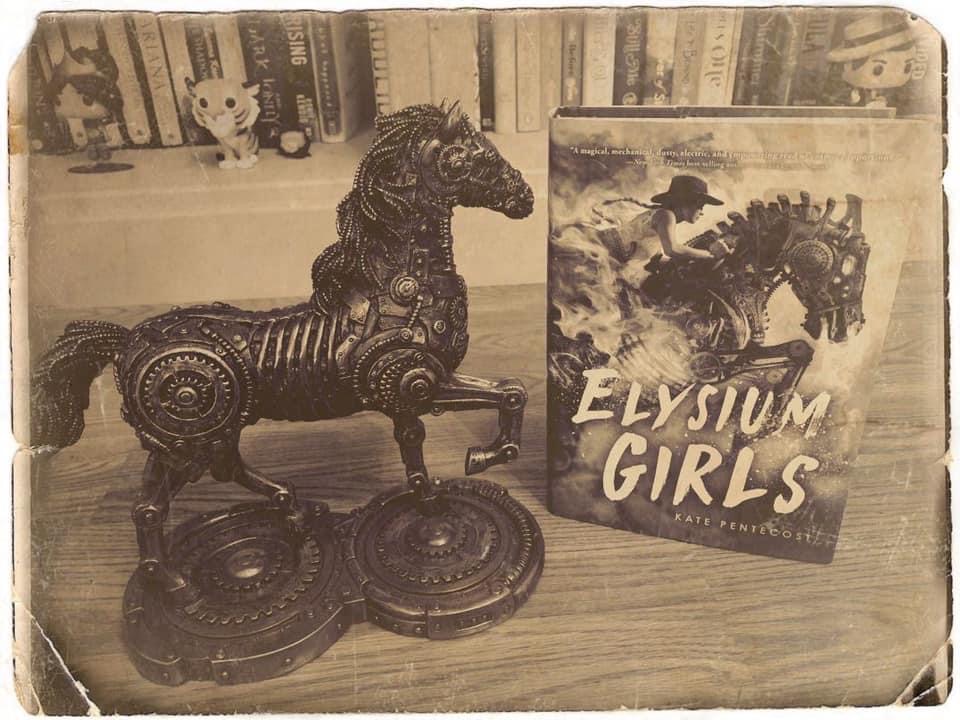 Elysium, Oklahoma, is a town like any other. Respectable. God-fearing. Praying for an end to the Dust Bowl. Until the day the people of Elysium are chosen by two sisters: Life and Death. And the Sisters like to gamble against each other with things like time, and space, and human lives. Elysium is to become the gameboard in a ruthless competition between the goddesses. The Dust Soldiers will return in ten years’ time, and if the people of Elysium have not proved themselves worthy, all will be slain.

Nearly ten years later, seventeen-year-old Sal Wilkinson is called upon to lead Elysium as it prepares for the end of the game. But then an outsider named Asa arrives at Elysium’s gates with nothing more than a sharp smile and a bag of magic tricks, and they trigger a terrible accident that gets both Sal and Asa exiled into the brutal Desert of Dust and Steel. There Sal and Asa stumble upon a gang of girls headed by another exile: a young witch everyone in Elysium believes to be dead. As the apocalypse looms, they must do more than simply tip the scales in Elysium’s favor — only by reinventing the rules can they beat Life and Death at their own game in this exciting fantasy debut.

This. Cover. It’s gonna be awfully hard to beat this absolutely amazing cover! I didn’t even read the description until after I had gotten home with it! Then I saw that the description sounded interesting so I moved it to the top of my list. Definitely worth it! The story was pretty unique! It was kinda Grapes of Wrath mixed with Mad Max and a little Harry Potter … if that doesn’t intrigue you, then I’m not sure what will!

My only real issue was the virtue signaling that kept cropping up. The one that really bothered me was small, but to me it was problematic. At one point, Sal and Asa met a couple of the desert girls and one was described as white and the other as Black … one capitalized, one not. I’m not ok with that. Unfortunately, it distracted and bothered me enough to bring my rating down. But thankfully, the characters were likeable, the plot engaging, and the experience uncommon. I think this would be a great book to give to a teen that wants to start reading! I loved the idea of magic within a Dustbowl community and those horses … well I can’t give much else away! I would recommend this to most teens and to anyone who enjoys fantasy. 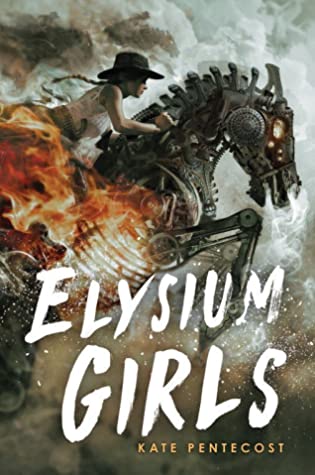