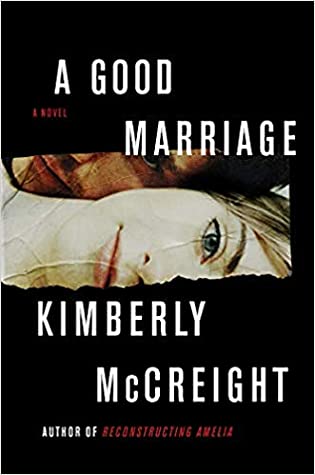 Big Little Lies meets Presumed Innocent in this riveting novel from the New York Times bestselling author of Reconstructing Amelia, in which a woman’s brutal murder reveals the perilous compromises some couples make—and the secrets they keep—in order to stay together.

Lizzie Kitsakis is working late when she gets the call. Grueling hours are standard at elite law firms like Young & Crane, but they’d be easier to swallow if Lizzie was there voluntarily. Until recently, she’d been a happily underpaid federal prosecutor. That job and her brilliant, devoted husband Sam—she had everything she’d ever wanted. And then, suddenly, it all fell apart.

No. That’s a lie. It wasn’t sudden, was it? Long ago the cracks in Lizzie’s marriage had started to show. She was just good at averting her eyes.

The last thing Lizzie needs right now is a call from an inmate at Rikers asking for help—even if Zach Grayson is an old friend. But Zach is desperate: his wife, Amanda, has been found dead at the bottom of the stairs in their Brooklyn brownstone. And Zach’s the primary suspect.

As Lizzie is drawn into the dark heart of idyllic Park Slope, she learns that Zach and Amanda weren’t what they seemed—and that their friends, a close-knit group of fellow parents at the exclusive Grace Hall private school, might be protecting troubling secrets of their own. In the end, she’s left wondering not only whether her own marriage can be saved, but what it means to have a good marriage in the first place.

This was another so-so thriller that had promise. The description is intriguing, but it did not totally deliver for me.  It does show one thing that people do their best to hide: Things are not always how they appear.  You think your friend has a great marriage? You better think otherwise!

We have multiple points of views for this novel: Lizzie who is an attorney, Amanda the murder victim, grand jury testimonies from the night of the murder, and confidential memos. They normally would all be interesting for me, especially the testimonies where people HAD to be there because they were subpoenaed.  It’s all about the secrets people have!

Amanda was murdered after she attended a ‘special party’ of the wealthy in the area.  This is where secrets are known and what happens upstairs stays there.  Amanda’s husband Zach is arrested for assaulting a police officer after finding her dead, and he is being held under suspicion of Amanda’s murder.  He contacts Lizzie as they were old law school buddies: He wants her only her- and only her- to defend him.

Things are far from what they seem and everyone has many secrets. There is even a little side story of cyber-crime where certain people’s (even their teenager’s) secrets may be exposed.

I honestly don’t know what this one did not totally intrigue me, as it has everything that usually does work for me. Maybe I am in a ‘thriller slump’ as the last few I read have not worked for me. I do have several more thrillers upcoming that need to be read, and I am hoping maybe one of those will ‘bring me back’ to really enjoying them again. Maybe it was because this was an audiobook and  it just didn’t work well in that format; perhaps this is one that should actually be read. It’s not the book’s fault, it is me in this case.  I would definitely give the author another try.