In the turbulent summer of 1974, Kate Mularkey has accepted her place at the bottom of the eighth-grade social food chain. Then, to her amazement, the “coolest girl in the world” moves in across the street and wants to be her friend. Tully Hart seems to have it all—beauty, brains, ambition. On the surface they are as opposite as two people can be: Kate, doomed to be forever uncool, with a loving family who mortifies her at every turn. Tully, steeped in glamour and mystery, but with a secret that is destroying her. They make a pact to be best friends forever; by summer’s end they’ve become TullyandKate. Inseparable.

So begins Kristin Hannah’s magnificent new novel. Spanning more than three decades and playing out across the ever-changing face of the Pacific Northwest, Firefly Lane is the poignant, powerful story of two women and the friendship that becomes the bulkhead of their lives.

From the beginning, Tully is desperate to prove her worth to the world. Abandoned by her mother at an early age, she longs to be loved unconditionally. In the glittering, big-hair era of the eighties, she looks to men to fill the void in her soul. But in the buttoned-down nineties, it is television news that captivates her. She will follow her own blind ambition to New York and around the globe, finding fame and success . . . and loneliness.

Kate knows early on that her life will be nothing special. Throughout college, she pretends to be driven by a need for success, but all she really wants is to fall in love and have children and live an ordinary life. In her own quiet way, Kate is as driven as Tully. What she doesn’t know is how being a wife and mother will change her . . . how she’ll lose sight of who she once was, and what she once wanted. And how much she’ll envy her famous best friend. . . .

For thirty years, Tully and Kate buoy each other through life, weathering the storms of friendship—jealousy, anger, hurt, resentment. They think they’ve survived it all until a single act of betrayal tears them apart . . . and puts their courage and friendship to the ultimate test.

Firefly Lane is for anyone who ever drank Boone’s Farm apple wine while listening to Abba or Fleetwood Mac. More than a coming-of-age novel, it’s the story of a generation of women who were both blessed and cursed by choices. It’s about promises and secrets and betrayals. And ultimately, about the one person who really, truly knows you—and knows what has the power to hurt you . . . and heal you. Firefly Lane is a story you’ll never forget . . . one you’ll want to pass on to your best friend.

Welp, it made me ugly cry and poor Ivan had to deal with me. It was a quick read and kept me engaged and entertained. The story was filled with crazy ups and downs and just when I thought I knew what was going to happen, I didn’t and something else happened. I decided to give 4 stars since I did enjoy reading the book and I’m glad I read it.

However, I will say that I severely disliked most of the characters in this book. Tully was insufferable from the beginning. I hated the way she bullied everyone into giving her whatever she wanted and then dared to play the victim. She also completely ignored Kate’s authority as mother when dealing with Kate’s kids. Kate thankfully wasn’t quite as bad and I identified with her more. She was Tully’s shadow and support and spent her life knowing she was just second best. But she spent a lot of that time just being a doormat.

How Hannah wrote an entire book based on such a toxic relationship, I’ll never know. I also disliked how we never saw certain portions of their lives. It’s like Hannah got tired of writing so she just put “a few years later …” and then left it at that. Overall, I’m glad I read Firefly Lane, I actually enjoyed it … but if I ever meet women like Tully and Kate, I’m running the other way!!

Today I share my review as a part of the blog tour for The Dinner in the Sky by Anne John-Ligali. This is the third in the Friendships Online series. I recently reviewed the first two in the series here.

After a shocking confrontation with an unexpected encounter, Constance tries to piece her life back together and is on a mission to finally move on.

The thought of having her friends near is comforting as they take time out of their busy online lives and meet up at their favourite place, A Cupful of Dreams Café. Everyone seems happy enough until cracks begin to show and all is not as good as it seems. Constance tries desperately to keep positive as there’s so much to look forward to: shopping for posh frocks, dinner at The Shard and a movie premiere.

As things start to look rosy, a few odd tweets begin to pop up from nowhere. At first, they seem innocent, but as the weeks go by and premier night draws near, not only do the tweets increase but they become more obnoxious.

By the time Constance and her chums arrive on the red carpet, she’s determined to work out who the troll could be and to keep them from spoiling her evening. However as Constance soon learns, the troll wants to destroy far more than that!

But there’s definitely trouble in the air… 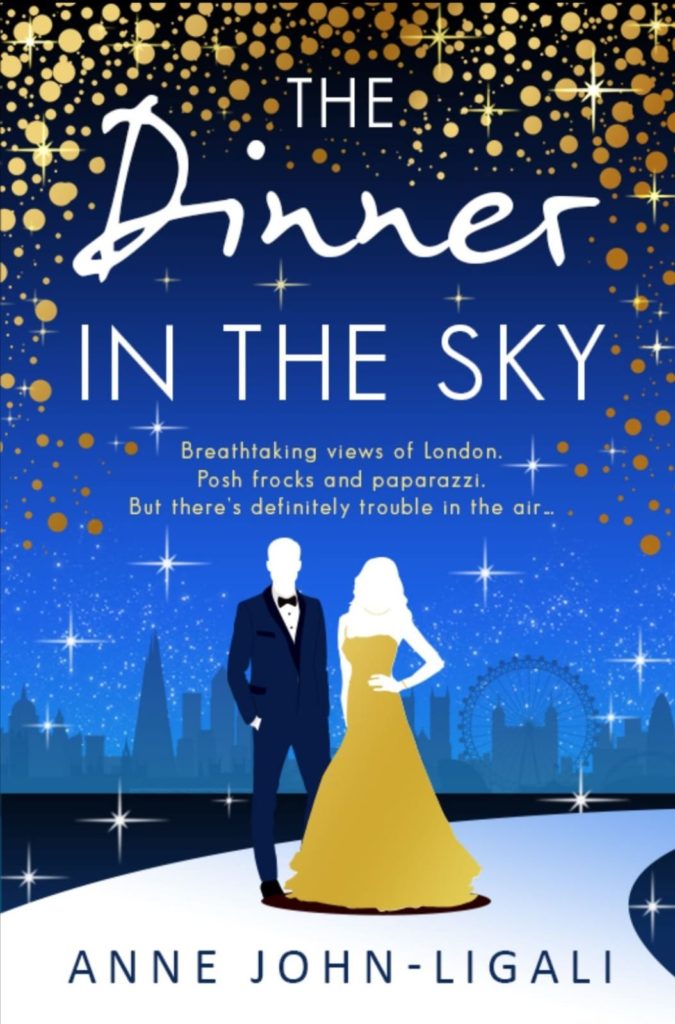 The Dinner in the Sky is the third in the Friendships Online series. The first started as a short story, then the second graduated to a novella, and now we have a full length third novel to this series!  Each in the series builds on the previous so you really need to read the previous two to know exactly what is going on.

This is a series I have enjoyed and I l really like Constance.  I was rooting for her the whole time, especially when the novel went in an unexpected direction and became like a romantic comedy movie.  I really did enjoy the last 25% of the novel with the rushed urgency (Go Constance, GO!!!!).

Will Constance be able to pull her life together after the ending of The Weekend Spa Break and who will she choose: Maxwell or Julio? And who is this troll that is determined to ruin Constance’s life? We do get a conclusion to all of these questions and this is a complete story.

The Friendships Online series is an enjoyable and quick read. You should read them concurrently to get the full effect. This series is recommended.

A Spotify Playlist for the series is here. 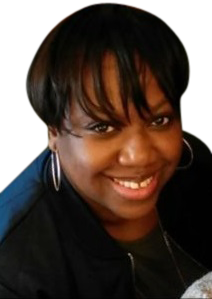 Anne John-Ligali is a writer and found of Books and Authors UK, a website that features author interviews, cover reveals, blog posts, features and reviews. She loves all things books, going to book events and meeting other book worms. She has written her first series and is currently writing her first novel.

When Anne is not writing she is likely to be playing with her kids, going for walks in the park, watching Netflix or thinking up more stories.  Originally from Peterborough, Anne now lives in London. After moving to London she studies graphic design at the University of Arts and held a number of IT jobs in the city. Anne continues to write romantic comedies, women’s fiction, and has the desire to write a non-fiction book and a few children’s books. 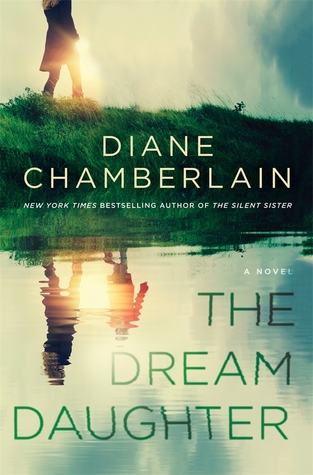 When Caroline Sears receives the news that her unborn baby girl has a heart defect, she is devastated. It is 1970 and there seems to be little that can be done. But her brother-in-law, a physicist, tells her that perhaps there is. Hunter appeared in their lives just a few years before—and his appearance was as mysterious as his past. With no family, no friends, and a background shrouded in secrets, Hunter embraced the Sears family and never looked back.

And all for the love of her unborn child.

A rich, genre-spanning, breathtaking novel about one mother’s quest to save her child, unite her family, and believe in the unbelievable. Diane Chamberlain pushes the boundaries of faith and science to deliver a novel that you will never forget.

The advice I can offer up to you is this: Read the book description, but other than that go into this book knowing nothing.  After finishing it, even reviews give away the angle this novel goes, which I will NOT do. Due to the angle the novel moves, this one is different from other Diane Chamberlain books.  All I will say is that there is a sci-fi angle. I listened to the audiobook version and I was skeptical about the novel when it got to the point where you realize the direction the novel was going, but then you are taken for a roller coaster of a ride!  In fact I am still thinking about the novel a few days after finishing it!  My mind was truly blown in a very good way!

Though a few parts were predictable for me, I still loved every bit of The Dream Daughter. I did not know how it was ultimately going to end and then we have that last line: SO powerful!  I am not a mother, but this is a novel for mothers: it shows the unconditional love that a mother has and that Caroline (Carly) will do whatever it takes to save her child.

Again, I can say that this is my favorite book ever, so needless to say it will be my number one read of 2019.  Thank you so much to St Martin’s Press and Macmillan Audio for sending me a copy to review.