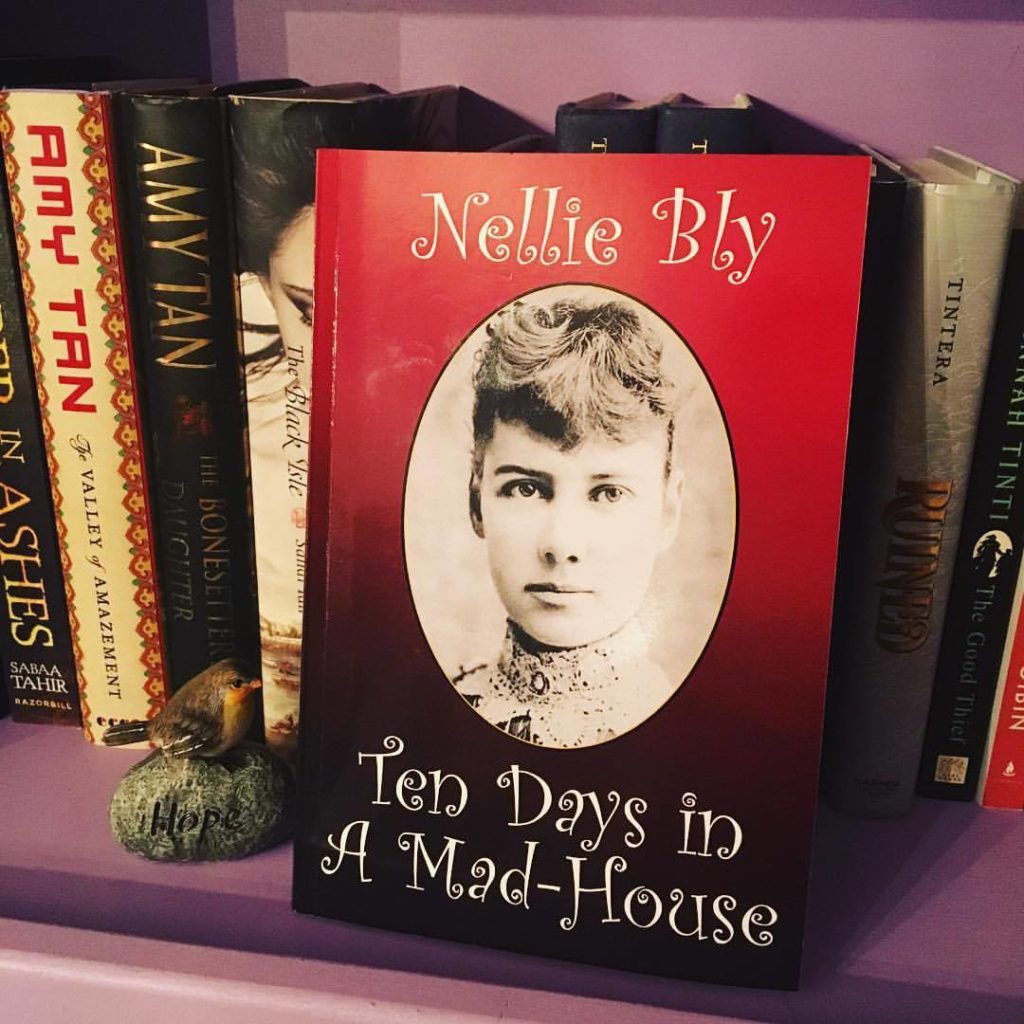 Nellie Bly, posing as “Nellie Brown,” went undercover to investigate the deplorable conditions of insane asylums. Her memoirs of this event form the basis of “Ten Days in a Mad-House,” which forever changed the way the world looks at treatment and housing of the insane.

It’s about time I read a non-fiction book! And I picked a great one! As it says in my bio, I LOVE anything about asylums, mad-houses, or psychiatric hospitals. For some reason, the historian in me geeks out and the little seen horror freak comes out. Don’t ask me why, I’ve tried to explain it, but I can’t, I just love them. In These Shallow Graves by Jennifer Donnelly, her main character, Jo Montfort, looks up to Nellie Bly as a journalist and a woman who works for change. That intrigued me, so I found Bly’s account and read it in 24 hours. It was inspiring, maddening, and heart breaking all at once.

Nellie actually faked insanity to be committed to the Blackwell’s Island Insane Asylum. That may sound romantic to the rest of us, but during 1887, it was a nightmare. Her assignment was to give an accurate account of the plight of the insane from beginning to end. The thing that annoyed me the most was the commitment process. She saw a couple of doctors who asked her a short list of questions and then declared her a hopeless case of insanity. Though thankfully, they admitted that her pulse and heartbeat didn’t evidence insanity . . . yes that was indeed sarcasm.

Even at Bellevue Hospital, the conditions were primitive, at best. No heat, no extra clothing. The asylum on Blackwell’s Island was even worse. The food was minimum and mostly spoiled. The nurses beat and bullied the patients. But the most surprising thing to me, was the daily activities of the patients. From 6 AM-8 PM, they sat on hard benches, not allowed to talk, to move, to slouch. 14 hours of sitting straight and quiet was their main “treatment”. Anyone would be insane after a couple days of that! Fortunately, Nellie’s story incited a slew of changes in the treatment of the insane in New York State. “The committee of appropriation provides $1,000,000 more than was ever before given, for the benefit of the insane.” So thankfully the most basic of problems were addressed with the publication of this story. But modern day mental health still has way too many problems.

My husband is a Physician Assistant at the Emergency Department so he sees his fair share of insane patients coming through. I always press him about the process that each patient and doctor and policeman have to go through to get someone committed to a psych ward. Sometimes it’s as simple as someone trying to commit suicide or even admitting that they want to. But those people usually only stay for a night. They are then released after consulting psychiatrist. There are other more serious cases that have to go through the court system. As long as one doctor signs off on a commitment order, that patient can be committed to a short term psychiatric facility. When I asked about any long term facilities, Ivan informed me that there are none. The modern mental health system is dependent on pharmaceuticals. When I asked about those patients who won’t take their medication or those for whom medication doesn’t help, he just shrugged. We’ve discussed mental health many times and he always shows such frustration for the current process.

People can still be committed by family members who just can’t be bothered to care for their loved ones or are trying to take advantage of them. There are still people walking the streets who legitimately belong under 24 hour psychiatric supervision. And there are no longer any long term facilities available for those who need them. Sadly, there are still too many changes that need to be made and problems to be fixed. I absolutely recommend this book to anyone in the mental health system and to most medical professionals. Anyone who enjoys history would also enjoy this book. 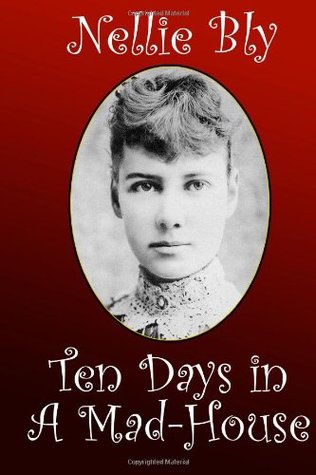