Today I am taking part  in the Blog Blitz for The Serial Dater’s Shopping List by Morgen Bailey.  Today Morgen will be sharing about the characters in this novel!  Bombshell Books is the publisher. 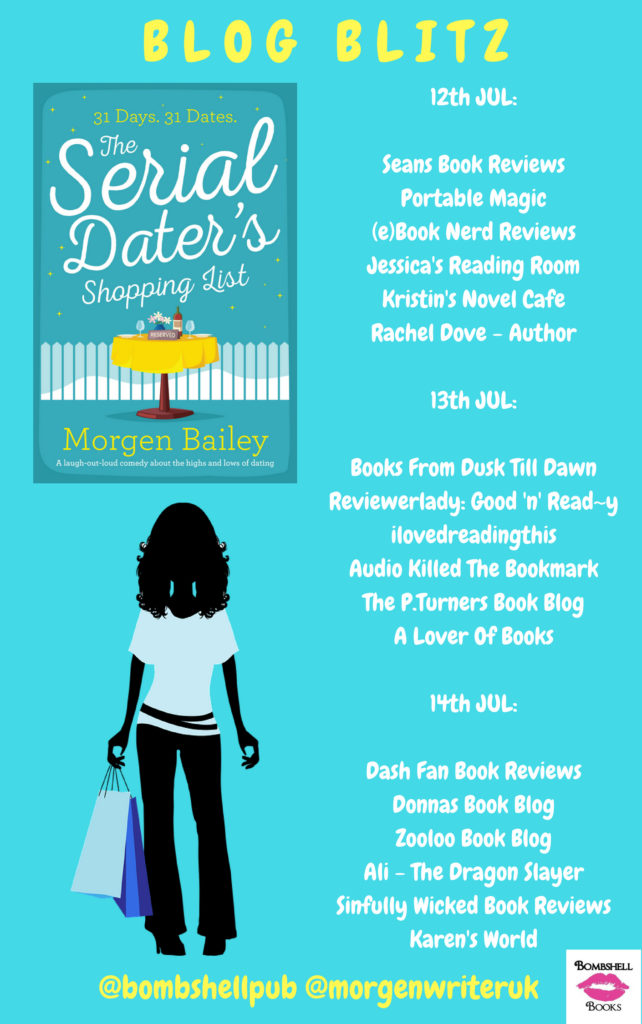 Izzy is a journalist who usually writes a technology column for a Northampton newspaper. Her somewhat-intimidating boss William sets her the task of dating thirty-one men, via an internet dating site, all within a month, and writing about it for the paper.

Having an active, though fruitless, social life with her friend Donna, Izzy knows what she wants in a man, so creates a shopping list of dos and don’ts and starts ticking them off as she meets the men.

Follow the ups and downs of the dating process including Tim ‘the Weeble’, whose date leads Izzy to see banoffee pie in a whole new light, Lawrence the super-skinny social worker, Felix with his bizarre penchant for Persian Piranhas, and ‘the music maestro but don’t talk about dead pets’ Jake.

By the end of the month, will Izzy have met Mr Right?

A laugh-out-loud comedy about the highs and lows of dating.

Our protagonist, Isobel ‘Izzy’ McFarlane, is fairly like me, so much so in fact that my brother calls The Serial Dater’s Shopping List my autobiography! Izzy’s just turned forty – slightly younger than I was when I wrote it, 5’10 –as I am, and quite quiet. She is, however, not timid and gives the guys she meets – who are weird and mostly not so wonderful – as good as she gets.

Through other threads within the novel, the reader meets her family and colleagues – including Izzy’s best friend Donna, and their boss’s fifty-year-old African Grey Parrot ‘Baby’ gets a few mentions.

The ‘dates’ – the main male characters other than Izzy’s boss William and colleague Aunt Agnes (Keith) – were mostly in a Word document of notes I’d built up over the previous months. I could have just picked one to be our ‘hero’ but they were so quirky that I wanted to include them all. I then needed a woman to meet them but she had to have a reason to meet so many in a short time so a journalist popped into my brain, as did Izzy’s name. Having grown up with the aforementioned (geeky) brother, I gave Izzy a technology column, and part of her remit is to create an online dating profile, something I’m (too) accustomed to doing.

Because it’s Izzy’s ‘job’ to meet these men, and while she is single and would like to meet ‘Mr Right’, she’s fairly self-assured and remains quite aloof of her situation, reminding herself that she doesn’t have to get involved when on some occasions it could have been easy to let go.

Apart from its location – Northampton, England, I’m not aware of any dating novels that have quite so many characters. We get to meet most of them only in their chapter so, like someone we talk to at a party and never see again, we get an impression of them – favourable or otherwise, some staying in our minds for longer – and then we (Izzy) move(s) on.

There are few children in this story. Those featured include colleague Karen’s sons (who often test games for Izzy), one of the dates’ sons, and Izzy’s niece, Lola. Lola’s lovely, and so clever. I don’t have children but I have a family next door with a young daughter. While I didn’t base Lola on her, she’s actually now what I imagined Lola to be.

As for the men that Izzy meets, they are definitely quirky, although she quite readily finds fault with many of them, and in most cases rightly so. They say clothes ‘maketh the man’ and two of the most memorable are Nigel the day-glo cyclist, and Eddie the colour-blind traffic light. We also have Tim who eats a ‘platter for two’ as a snack, the complete opposite of so-thin-he’s-hidden-behind-a-pillar Lawrence, and Hunky Dunky, Izzy’s first date. Of course there are more ‘normal’ characters but, just like life, no-one’s perfect.

A story is made up of three main elements: characters, setting and plot. Some may disagree but, to me, characters are the most important. You can have a fascinating plot and / or beautiful or intriguing setting but if the reader doesn’t care what happens to Joe or Joanne then the rest doesn’t matter. We’ve put them up a tree and are throwing rocks at them. How they stop us and get down is why the reader turns the page. Add in a thunder storm or kitten on a branch they can’t reach, then it adds further tension – there’ll always be more than one problem in a novel – and another resolution that the reader will be pleased they stuck with the story to reach.

Characters are rarely representative of one person. Most of a writer’s friends will think – so hope or even ask – that the characters are them, especially the good bits – but we watch television, we listen to the radio, we live life. Always have your notebook, dictaphone or mobile phone handy to capture the bus driver’s, little old lady’s, or screaming child’s traits – you never know when they might make the perfect character.

Who’s your favourite character from another author’s story? Who’s your own? 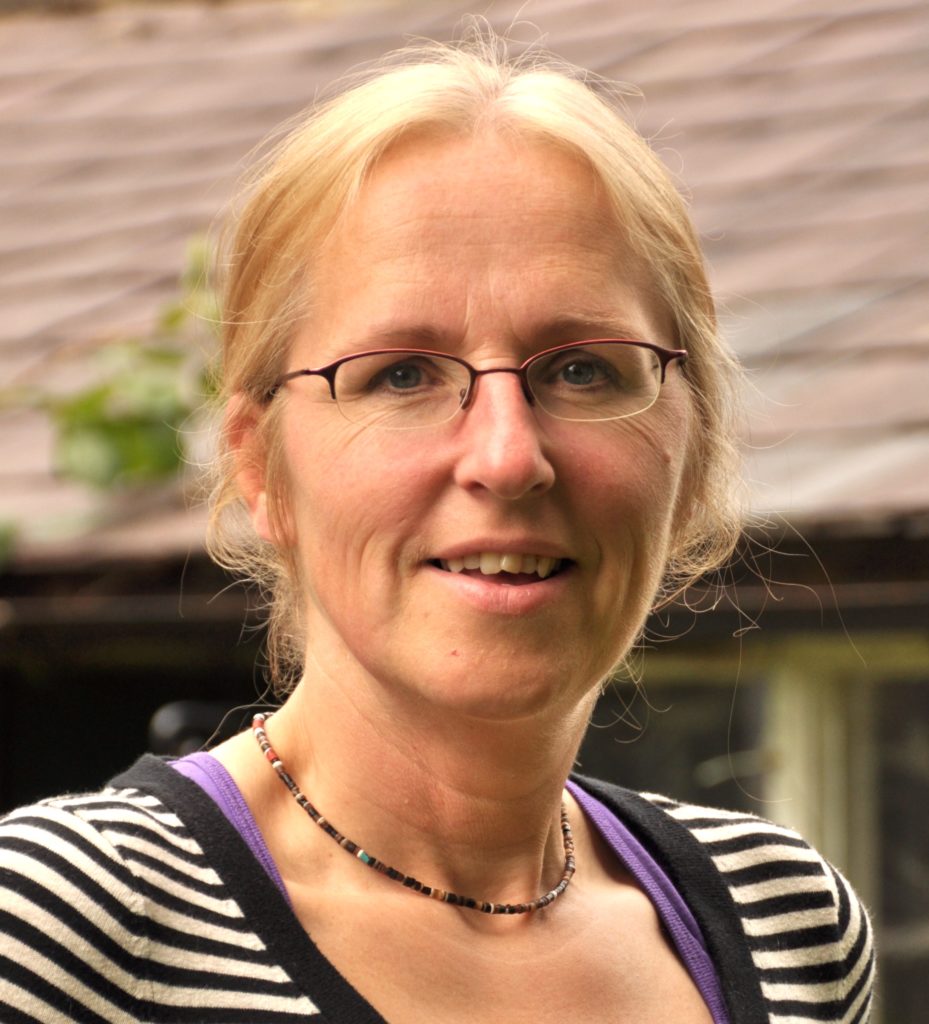