Today Kim and I bring you a double review of Shirley Jackson’s classic short story The Lottery, and I also give a film comparison of the 1996 TV movie. 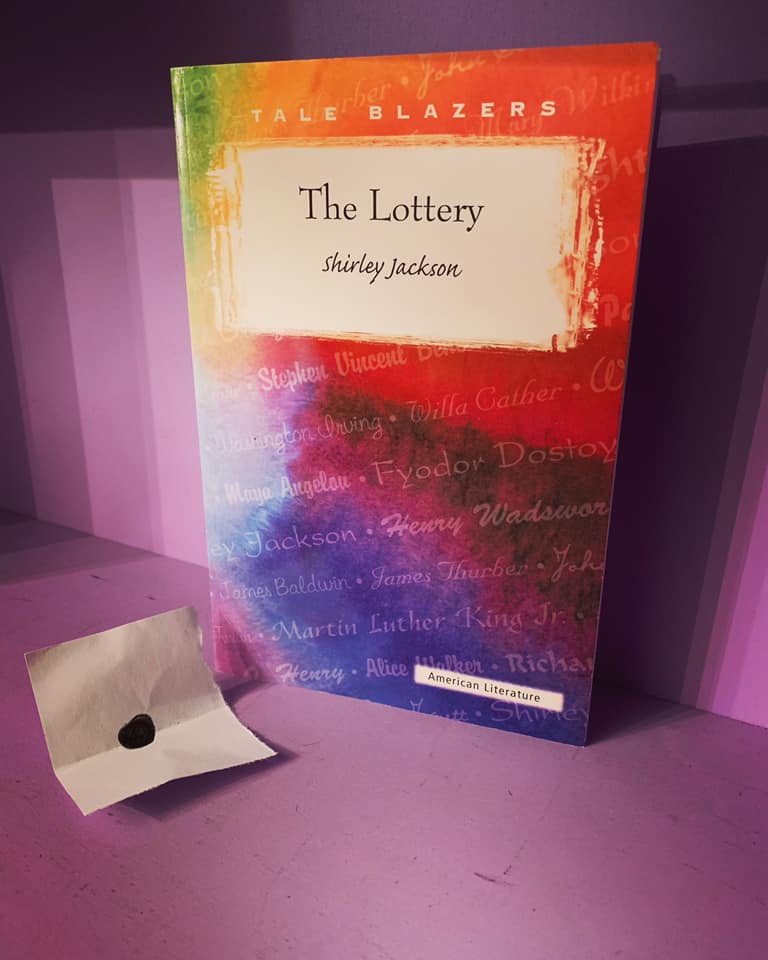 Shirley Jackson’s “The Lottery” is a memorable and terrifying masterpiece, fueled by a tension that creeps up on you slowly without any clear indication of why. This is just a townful of people, after all, choosing their numbers for the annual lottery. What’s there to be scared of?

I love Shirley Jackson so much; she keeps getting better and better the more I read. The Lottery is one that sits quietly in anthologies and literature textbooks. We’ve all read it,  back in high school where we complained about the required reading. It wasn’t until I read it again as an adult that I really understood its value and potency. Everything about this story is unassuming, until you reach the end, when all hell breaks loose, but calmly and simply. And that’s how Jackson gets her readers. A little bit of discomfort here, a little bit of creepy there, but then when you see the bigger picture …mind blown. The Lottery is an extra layer of brilliance since the terror is hidden until Jackson is ready. You don’t see the problem until the end. And then, the goosebumps raise on your skin and the story sticks with you for days. Genius in every way!

I read this one back in high school and really enjoyed the story.  As an adult I still enjoy it. What does that say about me???? LOL.  The Lottery is a classic short story and Shirley Jackson has influenced so many authors today. Not popular at the time it was written, The Lottery shows the mob mentality and how ‘tradition’ keeps going despite not knowing where it started and why it continues.  This short story moves at a quick pace and there are signs showing what is to come, but until you reach the end you don’t see it for what it is.

This is one lottery you don’t want to win! I also realize that I need to read more by Shirley Jackson….

**I was unable to find a trailer of the movie, which is understandable as it was a tv movie.  I was able to find the movie poster** 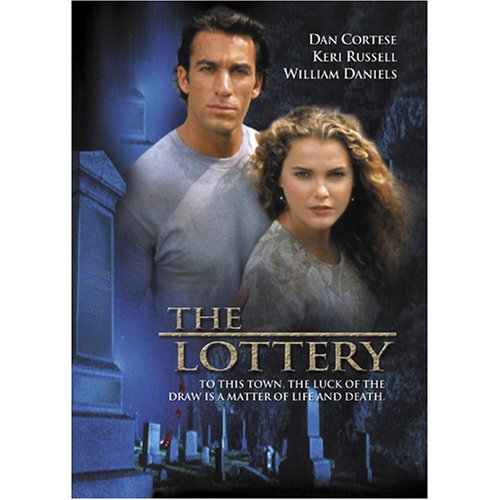 I watched the tv movie version from 1996. I watched this as a teen and remember enjoying it and also enjoyed it as an adult. This version stars Dan Cortese (I have no idea who he is), Keri Russell (Felicity) , and William Daniels( Mr. Feeny!!!) Again, what does it say that I enjoyed this film?!?!?  I can’t help it that I enjoy dark situations that could actually happen!

You can’t really compare this film to the short story: It takes Shirley Jackson’s story and brings it to present day (in 1996) and builds upon the story.  Jason Smith’s dad just passed away and there is a mystery to his mom’s death when he was a child. Jason’s father wanted his ashes poured over his wife’s grave, thus begins Jason’s journey to Small Town America (New Hope) and a journey he never expected, including a romance with a small town girl torn between family and tradition and an altogether possible different life.

Despite the cheesiness of the Lifetime-esque movie, it still has aged relatively well and does the Shirley Jackson short story proud.