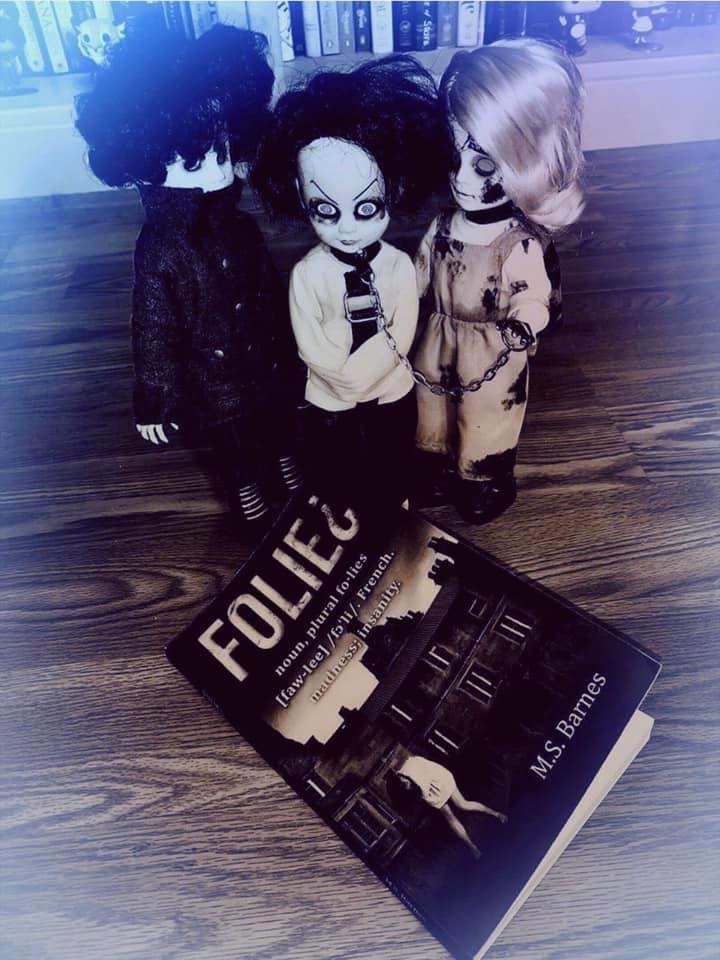 When Dr. Jane Lee, a recent graduate, takes her very first position as a psychiatrist at Southern States Mental Institute in Memphis, Tennessee, she gets more than she had bargained for. The idyllic images she had created in her mind while in school of treating the mentally ill clashes immediately and drastically with the reality of the practice in real life. From the filthy, creepy, neglected facility in which she now works and the attitude of those in the mental health industry itself to the haunting madness of her first-ever patient, Matilda Rose, nothing is as she had imagined it would be.

As the story unfolds, Dr. Lee finds Matilda’s psychosis, based around an ancient Chinese legend, to be far more chilling than anything she had encountered in training. And worse, it seems to be spreading to others – a situation described in the psychiatric journals as folie, or mass hysteria.

Will Dr. Lee be able to resist the pull of her patient’s overwhelming psychosis and find a way to save her? Or will the good doctor fall prey herself and join the ranks of those who have already been drawn into the eerie and unsettling world of Matilda Rose?

Whew! This book is intense! It’s definitely horror based on reality with some creepy metaphors thrown in! Barnes considers the idea that mental illness is catchy, but could mental illness also be a completely separate entity? Add in a haunted asylum and you got folie¿. This book has that same quality that Shirley Jackson has in her works, a discomfort that creeps up on you stays with you through the reading.

I couldn’t always put my finger on it, but this book made me uncomfortable. The frustration at the head doctor’s objections was the most obvious source. He made me mad. And that Nurse Crawley! There was something off about her from the beginning, but it doesn’t become clear till the end … and then I just sat breathing hard! Overall, this was a great asylum book and definitely scratched the horror itch! Totally worth a read with a great cover!