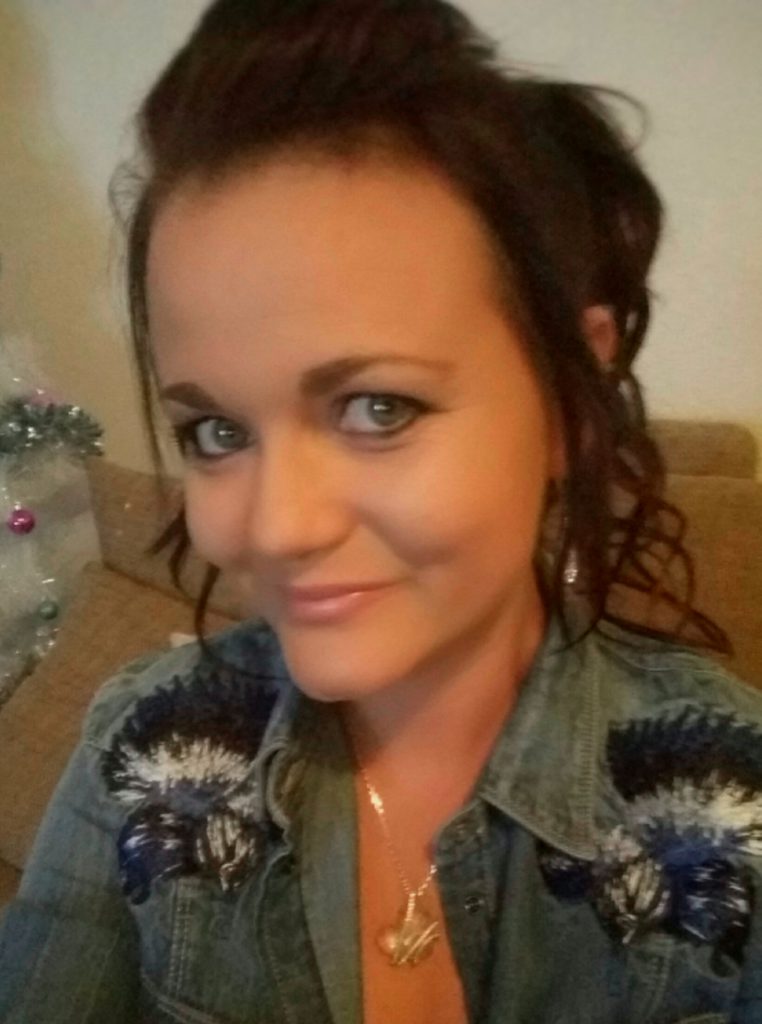 Gemma Metcalfe lives in Tenerife, Spain with her husband and two fur-babies Dora and Diego. Besides being a writer she also teaches part-time!  She also enjoys reading, eating and drinking wine!  Her second novel A Mother’s Sacrifice was published yesterday, and today I am talking with her! 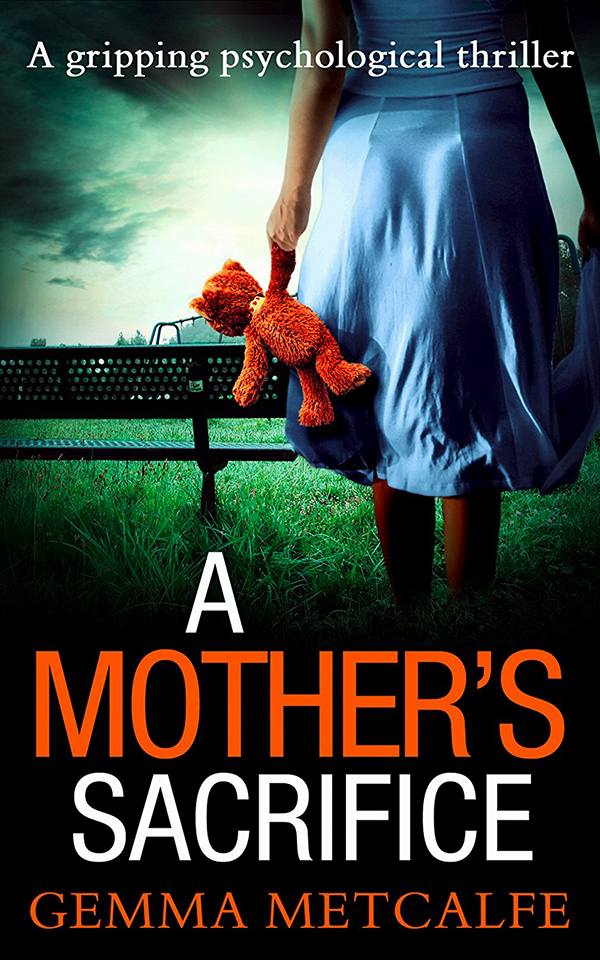 God ensured she crossed my path. And that is why I chose her.

The day Louisa and James bring their newborn son home from the hospital marks a new beginning for all of them. To hold their child in their arms, makes all the stress and trauma of fertility treatment worth it. Little Cory is theirs and theirs alone. Or so they think…

After her mother’s suicide when she was a child, Louisa’s life took an even darker turn. But meeting James changed everything. She can trust him to protect her, and to never leave her. Even if deep down, she worries that she has never told him the full truth about her past, or the truth about their baby.

But someone knows all her secrets – and that person is watching and waiting, with a twisted game that will try to take everything Louisa holds dear.

Buy A Mother’s Sacrifice:
Amazon US 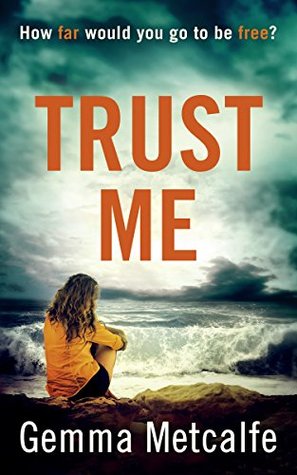 Lana needs to sell a holiday, fast. Stuck in Tenerife, in a dead end job, she never expected a response quite like Liam’s. Thousands of miles away a phone rings. Liam never intended to pick up, he’s too busy choosing the quickest way to die. But at least someone should know the truth before he goes, even if that someone is a stranger. As time runs out both are drawn to the other, expressing thoughts they never imagined they would share. When you’re about to die will your secrets even matter?

Buy Trust Me:
Amazon US

I’m 32 years old and married. I’m originally from Manchester UK but now live in Tenerife with my husband and two fluffy hooligans Dora and Diego. I’m a writer and a part-time primary school teacher. I love reading, eating and drinking wine!

JRR: I also have two fur-babies: Sage and Curry! Mine are cats and almost three years old.  Fur-babies are wonderful. Did you always want to become an author?

Yes! I never really believed it was possible though to be honest. It wasn’t until I started to hear about self-publishing that I thought I could give it a try. Luckily I was offered a contract with HarperCollins pretty quickly so didn’t need the self publishing route.

JRR: You were lucky to get picked up by HarperCollins, great job!  What inspires you to write? Why do you write in the thriller genre? Do you get surprised with the twists or do you know what it will be  from the beginning? How do the ideas come to you?

I write psychological thrillers because I’m interested in the mind and how it works. I’m also a huge fan of twists and double meanings. Its what interests me and I think you should always write what you’d like to read. The twists in both my books have come to me early on. In a way I think they have made the book for me. They have brought it from being just an idea to a story which I know has legs.

JRR: I really need to get to your novels. I love a great thriller! (As long as I don’t figure out the twist.) What does your writing process consist of? Do you research/outline, handwriting vs typing, music or no music?

It starts with a seed of an idea. The two novels I’ve written so far (Trust Me and A Mother’s Sacrifice) both started with a basic concept and a twist ending. From that I developed the story. I only do research when I need to, always type and need to work in silence.

JRR: What kind of advice can you give to aspiring authors?

Write what you love. Read the genre you are writing. Write the book you want to read. Take critique. Never give in.

JRR: Great advice!  Were you a reader growing up? If so, who was your favorite author (or books) as a child?

Yes, I’ve always loved to read. I started with Enid Blyton but by 12 years old I was reading Martina Cole.

JRR:  Who is your favorite author (or books) as an adult?

I don’t really have a favourite. I love so many different books. My favourite book is Me Before You by Jojo Moyes which is odd as that isn’t a thriller and mainly I read thrillers. I love Kimberly Chambers for crime and BA Paris and Mark Edwards for thrillers.

JRR:  I also enjoyed Me Before You. I have really enjoyed BA Paris’s first two novels and I look forward to her third which comes out in the US in June.Now, which book have you always meant to get around to reading, but still not read?
I read alot so I don’t think there’s any. However I do have a stack of books on my TBR pile.

JRR:  Who doesn’t have that huge TBR? I have so many it isn’t funny! (Yet I keep acquiring books….) So what is the best advice you have ever received?

I guess it was just to be yourself and have faith in your own writer’s voice.

JRR: What can you tell us about your debut novel Trust Me? Where did you get the idea for it and what made you decide to get it published? How has your life changed since publication?

Trust Me will always be my baby. It’s set between Tenerife and Manchester and revolves around a phone call between two strangers Lana and Liam. Lana is working in a back street callcentre and is carrying a big secret around with her. Liam is at home in Manchester and moments away from taking his own life. The two connect by chance and as their stories unfold, secrets and lies begin to unravel. It’s a thriller but also it has character and relationship at its heart. There is a huge twist at the end too.

The idea for Trust Me came from my own experiences of working in a callcentre.

My life hasn’t changed too much. I only teach part-time now but apart from that everything is the same.

JRR:  I used to work in a call center and it is a difficult job.  I must read Trust Me now!  Your second novel A Mother’s Sacrifice came out yesterday. What would you like to tell us about it?

A Mother’s Sacrifice is very close to my heart as it deals with issues such as infertility and anxiety, both of which are personal to me. It’s another twisty thriller, very psychological in nature, but hopefully you will once again see the heart of the characters and relate to them.

JRR: Sounds good. Hopefully it will do well!  Is there anything else you would like to share?

I’m also working on a thriller with another author which we hope to release at the end of this year!

JRR:  Great! I can not wait to find out more about that one!

**Thank you so much for your time with this interview Gemma!