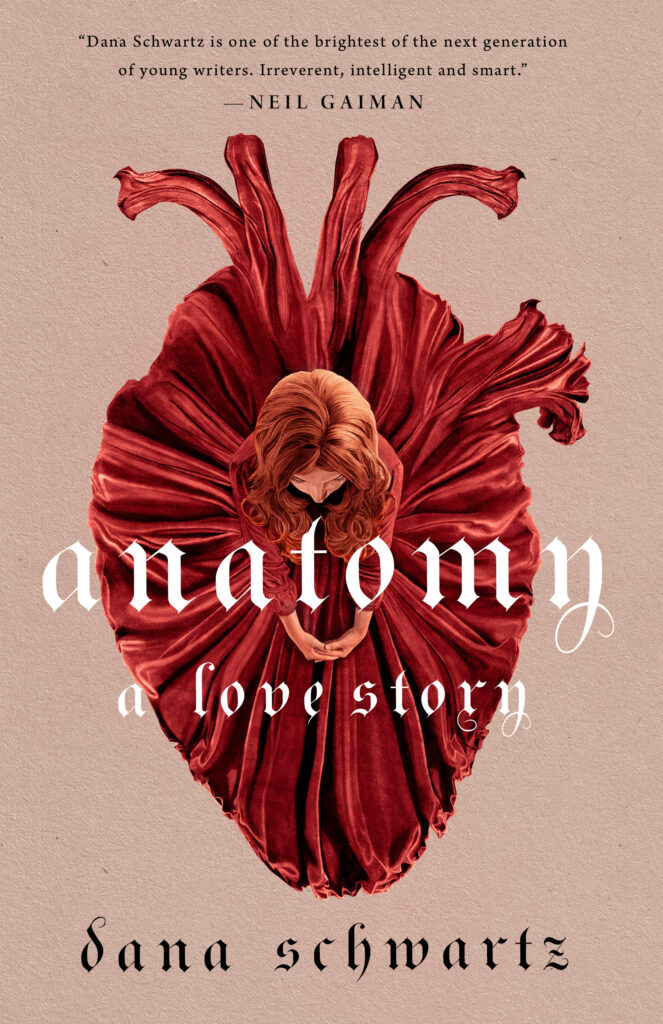 A gothic tale full of mystery and romance about a willful female surgeon, a resurrection man who sells bodies for a living, and the buried secrets they must uncover together.

Hazel Sinnett is a lady who wants to be a surgeon more than she wants to marry.

Jack Currer is a resurrection man who’s just trying to survive in a city where it’s too easy to die.

When the two of them have a chance encounter outside the Edinburgh Anatomist’s Society, Hazel thinks nothing of it at first. But after she gets kicked out of renowned surgeon Dr. Beecham’s lectures for being the wrong gender, she realizes that her new acquaintance might be more helpful than she first thought. Because Hazel has made a deal with Dr. Beecham: if she can pass the medical examination on her own, the university will allow her to enroll. Without official lessons, though, Hazel will need more than just her books – she’ll need bodies to study, corpses to dissect.

Lucky that she’s made the acquaintance of someone who digs them up for a living, then.

But Jack has his own problems: strange men have been seen skulking around cemeteries, his friends are disappearing off the streets. Hazel and Jack work together to uncover the secrets buried not just in unmarked graves, but in the very heart of Edinburgh society.

Anatomy is a YA Historical Fiction novel that is so much more than what meets the eye!  We have Hazel who is a young woman ahead of her time: She wants to become a surgeon when women were not. This is also a time when being a surgeon is looked down upon versus being a regular doctor. Hazel was attending lectures disguised as a man, and she is kicked out when her true gender is discovered. She does make a deal with the professor that if she can pass the doctor’s test then he will let women attend his lectures.  Being kicked out she is forced to find her own ways to learn about the human body which involves a ‘resurrection man’ (a man who is paid to steal bodies of the newly deceased. We also have a mystery when resurrection men start to go missing.

The title is a bit deceptive, there is a love story, but it is minor to the story itself.  If you go in expecting a full-on love story, then you will be disappointed.  Anatomy was a solid four star read for me until we got closer to the ending and the novel went in a direction I would have never expected!  It was a bit mind blowing for me and this unexpected twist brought this novel up to five stars and I anticipate that it will be in my top ten of this year.

Being this is a YA novel, Hazel comes off older than her actual age, but that is due to the times she is living in. She is smart and determined, yet also unsure of herself due to her young age.  I couldn’t help but like Hazel.

This is a dark novel that will have some scenes that could make some readers squeamish. It is not entirely accurate: towards the end there is a particular medical scene that most readers would know that the procedure would not actually ‘work’, so you have to suspend disbelief and I did because the story was so intense at this point!  Towards the end there is no way a reader can put this novel down!

I listened to the audiobook version which includes a conversation with the narrator and author.  Definitely listen to this as you will learn more, which includes a possible sequel which I hope Schwartz delivers on!   She also started writing this novel before our current pandemic hit and changed the world.

I thoroughly enjoyed Anatomy and very highly recommend it! Another positive:  Just look at the gorgeous cover options available to a reader!