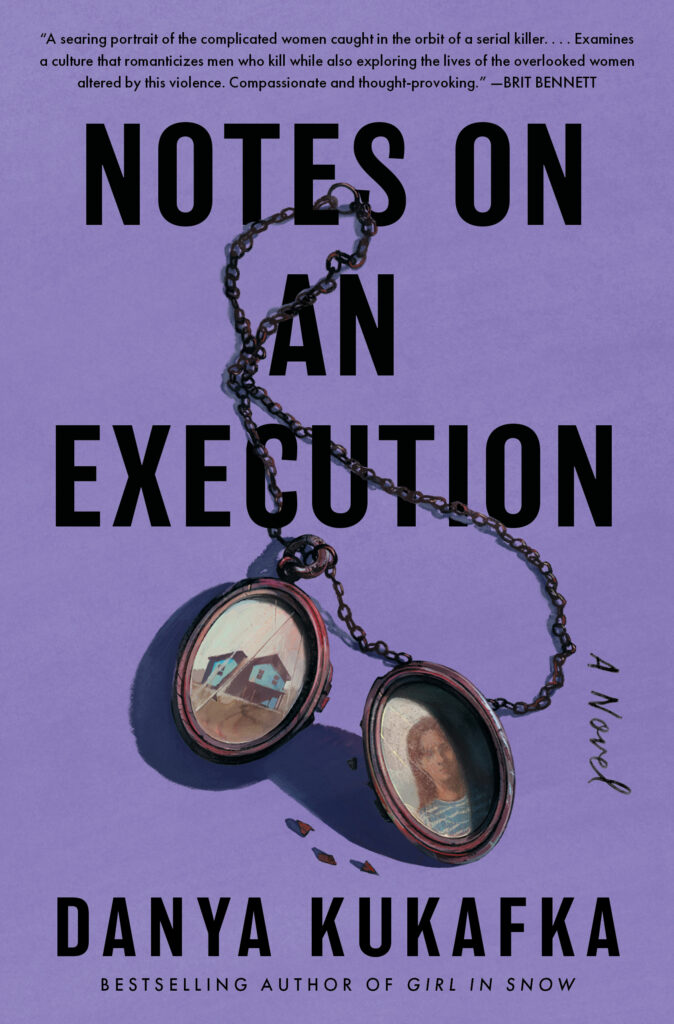 Ansel Packer is scheduled to die in twelve hours. He knows what he’s done, and now awaits execution, the same chilling fate he forced on those girls, years ago. But Ansel doesn’t want to die; he wants to be celebrated, understood. He hoped it wouldn’t end like this, not for him.

Through a kaleidoscope of women—a mother, a sister, a homicide detective—we learn the story of Ansel’s life. We meet his mother, Lavender, a seventeen-year-old girl pushed to desperation; Hazel, twin sister to Ansel’s wife, inseparable since birth, forced to watch helplessly as her sister’s relationship threatens to devour them all; and finally, Saffy, the homicide detective hot on his trail, who has devoted herself to bringing bad men to justice but struggles to see her own life clearly. As the clock ticks down, these three women sift through the choices that culminate in tragedy, exploring the rippling fissures that such destruction inevitably leaves in its wake.

Ansel Parker is on a countdown… to his death.  He is a serial killer who killed when he was a teenager over 30 years ago.  But he has plans which might not include the end of his life as he has written a manifesto.  We have present day where we see the countdown to the end of his life through Ansel himself starting at 12 hours. We also experience Ansel’s past and thus learning more about him through other narrators that he is connected to: His mother Lavender, Hazel who is the twin sister of his ex-wife, and Saffron (Saffy), the homicide detective who is determined to catch Ansel.

This is not a story about an innocent man.  We know he is in fact guilty and that he will die.  This novel makes the reader think about our justice system and just why do we find these evil men so intriguing as a society? But in fact, the three women narrators’ stories are more intriguing than Ansel’s.  These women don’t have easy lives and parts are dark and very disturbing. We also see Ansel’s past through these women. Was he always doomed to become a serial killer?  As his execution draws closer, it hits him that he is actually going to die.

The writing wows you it’s so in depth with so many meanings and also causes so many thoughts on important questions and issues.  Ansel’s chapters are tension filled, even more so the closer it gets to the end.

I listened to the audiobook version as it came highly recommended and both narrators did a very good job!  They really brought Ansel and Saffron to life for me.