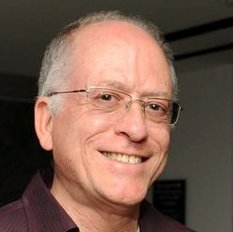 Ellis Shuman was born in Sioux City, Iowa, and immigrated to Israel as a teenager. He completed high school in Jerusalem and served for three years in the Israeli army. Along with his wife, Jodie, he was a founding member of Kibbutz Yahel. After working for several years in the hotel industry, he today writes and edits online marketing content. In the years 2009 – 2010, his job was relocated to Sofia, Bulgaria.

Ellis’s writing has appeared in The Times of Israel, The Huffington Post, The Jerusalem Post, Israel Insider, and on a wide range of Internet websites. He is the author of a collection of short stories, The Virtual Kibbutz (2003) and two novels, Valley of Thracians (January 2013) and The Burgas Affair (October 2017).

Ellis lives with his wife, children, and grandchildren on Moshav Neve Ilan, outside Jerusalem. He writes about Bulgaria, Israel, books, travel, and the craft of writing on his blog. 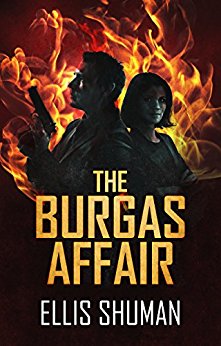 She’s an Israeli data analyst. He’s a headstrong Bulgarian detective. Together they must track down those responsible for a horrific bombing.

In the wake of a deadly terrorist attack at Burgas Airport in Bulgaria, Israeli and Bulgarian intelligence agencies launch a joint investigation. Detective Boyko Stanchev on the police task force teams up with Ayala Navon, a young Israeli intelligence analyst on her first overseas assignment.

The two must establish whether the terrorists were assisted by a Bulgarian crime organization in laying the groundwork for the attack.

It should be a routine investigation, but shadows of the past keep interfering.

Boyko’s interactions with a crime boss pursuing a vendetta against him threaten to throw him off track. Ayala’s pursuit of the terrorists and their accomplices brings up painful memories of a family tragedy.

Boyko and Ayala form a shaky alliance, one that evolves into growing cooperation and affection as they desperately race against time to uncover who was behind the Burgas bombing.

The Burgas Affair is a fictional account of the aftermath of a very real terrorist attack. On July 18, 2012, a deadly explosive rocked a tourist bus at Burgas Airport, killing five Israelis and their Bulgarian bus driver. The terrorists responsible for this murderous attack have never been brought to justice. 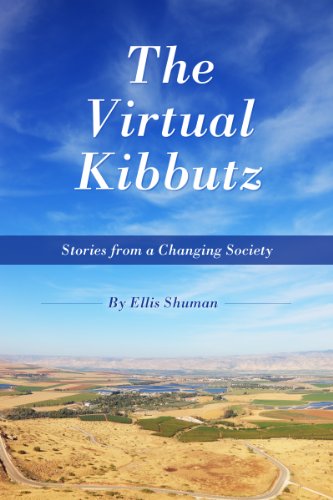 The Virtual Kibbutz: Stories from a Changing Society
220 Pages

Israeli short stories from the kibbutz.

For over fifty years, the magnificent oak tree stood as a solitary landmark in the middle of the valley, witnessing the cool, wet winters and the hot, humid summers. Young pioneers established a new kibbutz nearby, celebrating their collective way of life in the shade of the tree.

Decades later, the kibbutz is not the same. Its members’ idealism has changed. Can the community still be considered a kibbutz?

In this debut collection of stories, the author introduces you to kibbutz residents challenged with adapting to new realities. Along the way you’ll see how kibbutzniks face up to the violence of the Intifada, cope with the Internet, and struggle to have more control over their lives.

Meet a clown who uses magic to heal the wounds of terror victims, a veteran dairy worker who has difficulties bidding farewell to an albino cow, a farmer who must decide what to do with the prize money of a lottery, and a reporter who is researching comedian Jerry Seinfeld’s kibbutz past.

These are the stories of Israel’s unique society, of the changes and dilemmas it faces, and of the hopes, challenges and dreams of those who continue to call the kibbutz their home. 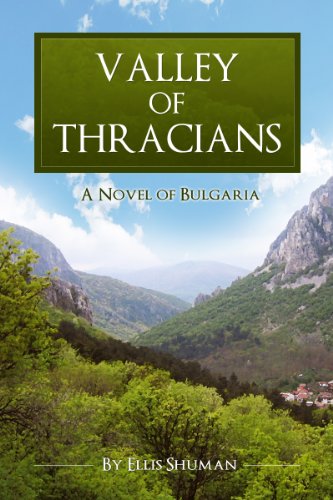 Valley of Thracians: A Novel of Bulgaria
357 Pages

How far would you go to rescue a loved one?

A Peace Corps volunteer has gone missing in Bulgaria and everyone assumes he is dead, everyone except his grandfather, who refuses to give up hope. Retired literature professor Simon Matthews launches a desperate search only to be lured into a bizarre quest to retrieve a stolen Thracian artifact—a unique object of immense value others will stop at nothing to recover.

Matthews travels through a Balkan landscape dotted with ancient tombs and fortresses, unaware that his grandson has been confined to an isolated mountain cabin, slowly recovering from a severe head injury. Nothing can be taken at face value, as the woman assisting Matthews in his quest and the nurse caring for his injured grandson may have ulterior motives in helping the two reunite. Even when Matthews succeeds in joining up with his grandson, departure from Bulgaria is only possible if the missing relic can be found.