Today I help end the blog tour for Dear Jane by Allie Cresswell. She will be sharing about some of what she learned about Regency life in the seaside towns as she wrote The Other Miss Bates and  Dear Jane which are both based on Jane Austen’s Emma.

The final installment of the Highbury trilogy, Dear Jane recounts events hinted at but never actually described in Jane Austen’s Emma; the formative childhood years of Jane Fairfax and Frank Churchill, their meeting in Weymouth and the agony of their secret engagement.

Orphaned Jane seems likely to be brought up in parochial Highbury until adoption by her papa’s old friend Colonel Campbell opens to her all the excitement and opportunities of London. Frank Weston is also transplanted from Highbury, adopted as heir to the wealthy Churchills and taken to their drear and inhospitable Yorkshire estate. Readers of Emma will be familiar with the conclusion of Jane and Frank’s story, but Dear Jane pulls back the veil which Jane Austen drew over its remainder. 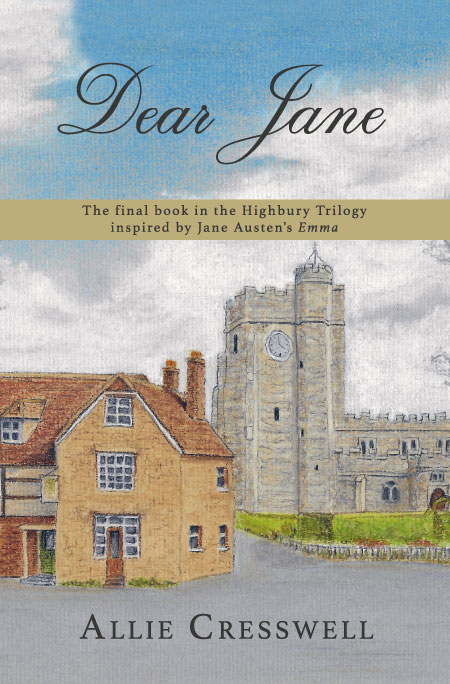 Jane Austen famously writes of the minutiae of life; her books often centred on a single house or area. Emma takes place exclusively in the Surrey village of Highbury and although a few characters travel outside its precincts Emma and the reader never do.

For my Highbury Trilogy, however, I had to venture further afield and my travels took me to two seaside resorts, Brighton and Weymouth. Whereas Highbury is an imaginary place, these other locations are not, and I did a good deal of research about them, particularly about what they would have been like in the timeframe of my novels. I’d like to share with you some of what I learned about Regency life in these seaside towns as I wrote The Other Miss Bates and my most recent book Dear Jane which are both based on Jane Austen’s Emma.

Seaside resorts became popular following the discovery that sea-bathing and – less convincingly – sea-drinking were beneficial for the health. People generally were more aware of their own well-being and apothecaries, physicians, doctors and charlatans all took advantage of the chance to make money by promising cures and administering treatments, many of which seem ridiculous or even barbaric today.

Brighton was a more popular resort than Weymouth, more accessible from London, and made fashionable by the Prince Regent who took a shine to the place and had an enormous residence built there. But, thankfully, that happened after the events of The Other Miss Bates were done.  Weymouth was a quieter place, with only one Assembly room to Brighton’s two. In both cases I used historical reference books with maps and illustrations to discover their layouts, and to learn where genteel families would have stayed during their summer sojourn. All the streets and buildings I mention in my Highbury Trilogy are real places.

Normally, most people enjoyed society within the confines of their own homes, holding dinners, card-parties and, occasionally, balls. Naturally the participants in these entertainments were known to the hosts; the company was already ‘acquainted’ and enjoyed that degree of intercourse which familiarity brings. Not so in a seaside town. All the visitors were strangers to each other and some method of overcoming this boundary had to be devised so that orderly social interaction could take place. Newcomers to the town were required to announce their arrival in the society newssheet, printed and distributed daily. In order to attend the Assembly and the circulating library visitors had to pay a subscription which bought them access to the events which were held there. A Master of Ceremonies oversaw all entertainments, collected subscriptions and introduced people to one another. Without a proper introduction from him or a mutual acquaintance it was impossible for one person to ‘know’ another. A gentleman could not ask a lady to dance unless they had been introduced. Once that had occurred he could dance with her, request leave to call upon her and introduce her to his family and other associates.

Rather than taking place in private drawing and dining rooms, social interaction took place out of the home, at the Assembly, play, in cardrooms and in the circulating libraries, which were much more than just places to borrow books. Refreshments were served there and there were often musical recitals. People walked, on the grassy area known as the Steyne in Brighton, and along the promenade in Weymouth. They went out in their carriages, enjoying excursions to nearby beauty-spots. The idea was to be seen, to encounter others, to enjoy society in a much wider and freer way than could be managed at home. Freer indeed. Seaside resorts were an absolute hotbed for illicit romance, giving young men and women a much wider reservoir of potential suitors and many more opportunities to steal away from prying eyes. Lydia Bennet eloped from Brighton and my character, Louisa Churchill, also arranged assignations there.

The daily routine at a seaside place consisted of rising early to bathe before returning home or going to a coffee house to breakfast. Ladies might then dress and have their hair repaired before setting out for morning promenades or shopping. Gentlemen might go riding, sailing, fishing, or enjoy the sporting contests often arranged for their entertainment. In the mid to late afternoon people returned home to dress, dined, and then went out again to the Assembly or play. It was a social whirl indeed, a far cry from the sedentary lives they knew at home. How Emma Woodhouse would have enjoyed it. 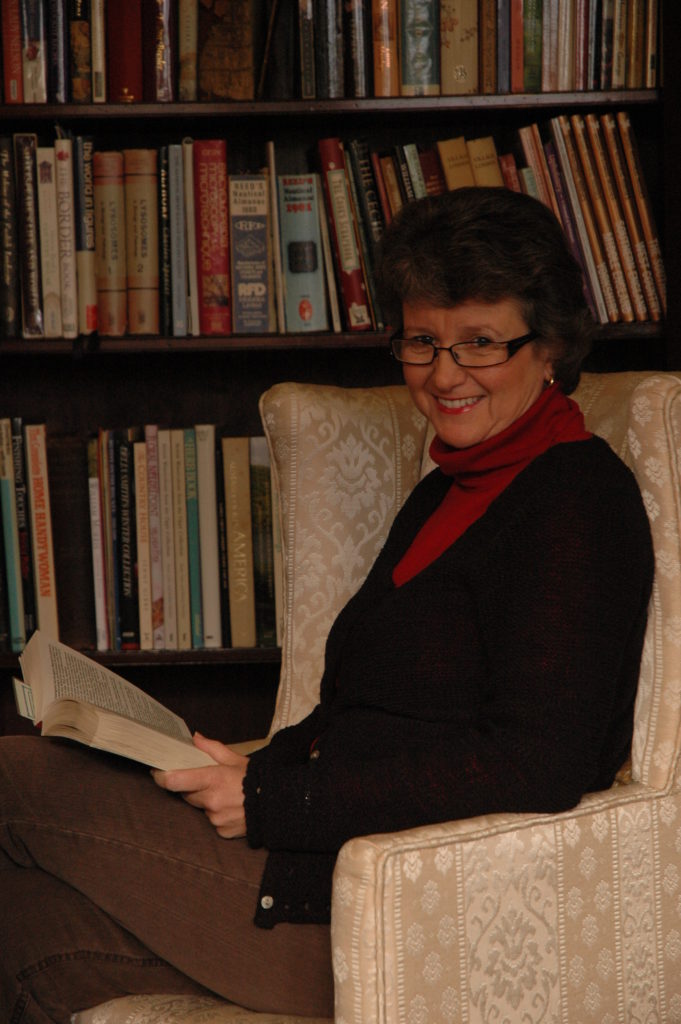 Allie Cresswell was born in Stockport, UK and began writing fiction as soon as she could hold a pencil.

She did a BA in English Literature at Birmingham University and an MA at Queen Mary College, London.

She has been a print-buyer, a pub landlady, a book-keeper, run a B & B and a group of boutique holiday cottages. Nowadays Allie writes full time having retired from teaching literature to lifelong learners.

She has two grown-up children, two granddaughters, two grandsons and two cockapoos but just one husband – Tim. They live in Cumbria, NW England.

Dear Jane is her ninth novel.