Today I help end the blog tour for the Did I Mention series by Julie Butterfield by sharing extracts of both novels.  There is also an international giveaway going on to win paperback copies of both books!

Did I Mention I Won the Lottery?

Rebecca Miles has won the lottery and is now living a millionaire lifestyle. The only problem is – she hasn’t told her husband. So at weekends she’s a dutiful wife in Darlington, working at the local deli and making shepherd’s pie for dinner, but during the week she’s living in her new mansion in Leeds spending her days shopping whilst her husband thinks she’s looking after her sick mother. Will she get the courage to tell him before he finds out for himself? And can several million pounds in your bank account save a failing marriage?

Did I Mention I Was Getting Married?

Two years ago Rebecca Miles won the lottery and ended her marriage to her overbearing and unpleasant husband Daniel. She had every intention of putting the past behind her and starting again, but it turned out to be so much more difficult than she had imagined. Then Daniel announces he is getting married again and as Rebecca broods over how he has found it so easy to move on her daughter phones with good news – she’s getting married too! Determined not to be left behind Rebecca throws caution to the wind and finally meets someone who can give her the new start she so desperately wants. Now her ex-husband is back in her life, the future Mrs Miles wants to be her best friend, she has her daughter’s wedding to plan and a ramshackle old wedding venue to renovate to its former perfection in just a few months, if only she can find a builder who will take on the job. There are challenges, surprises, love and heartbreak ahead but at the end of a long, hot summer, will there be any weddings? 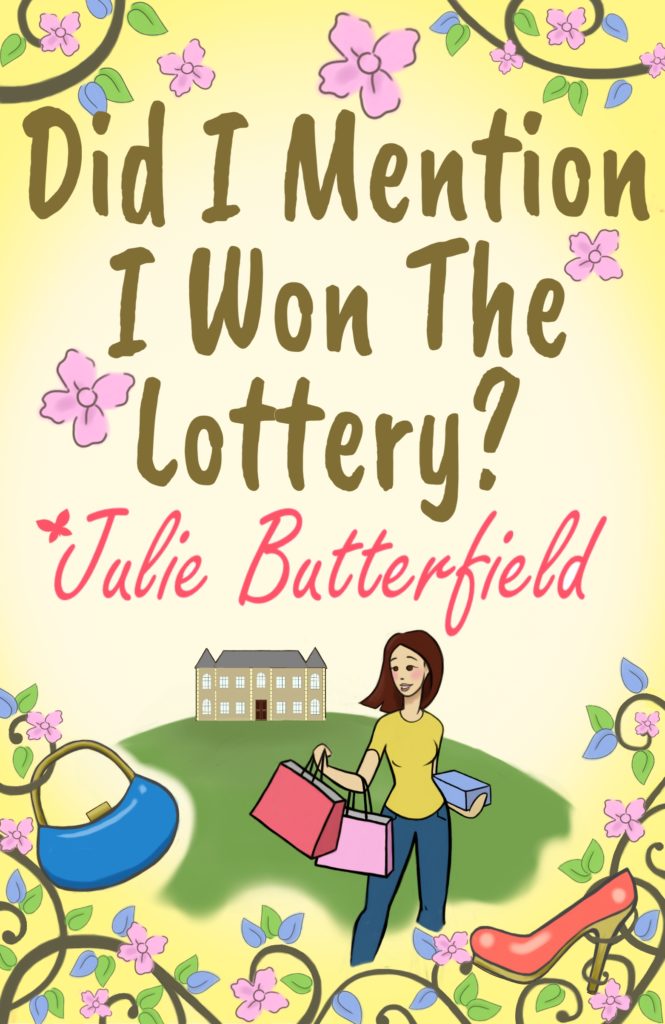 Whilst most of us wouldn’t be able to wait to share the news of a lottery win with our partners, the story behind Did I Mention I won the Lottery was that Rebecca won millions but didn’t tell her husband. It was never a deliberate decision, Daniel was an unpleasant, domineering man who mocked Rebecca and her perceived faults regularly, so her initial feeling was that she would make absolutely sure she had won before breaking the news. Then she felt she just needed a little time to come to terms with her win before she told him. The trouble was, the longer she left it the harder it became:

It had been Friday night when Rebecca had checked her numbers against the scrap of paper she had brought home. She hadn’t looked at the numbers since. She hadn’t checked to see how much she had won. And she hadn’t mentioned the winning ticket to Daniel.

There hadn’t seemed much point when she didn’t know what to tell him. All she knew was that she had a winning ticket. She had no idea what her prize was but the daydreams had returned full force. Now they were real and strong. Now it wasn’t an if but a when. Rebecca didn’t know how much she had won but surely it was enough to change her life. It wouldn’t take much after all.

Clutching the coffee mug with one hand, Rebecca soon found the lottery web page that gave all the detail she needed. Every draw, every week, every winning ticket and how much each ticket had won. She scrolled to her week. There had been only one winner that week. Was it Rebecca? She supposed so, she had matched every number. Didn’t that mean she got the jackpot? She scrolled down a little more – and how much had she won?

The cup fell out of her hand as though in slow motion. Rebecca watched as it flew gracefully towards the floor, landed and then bounced upwards throwing its contents across the tiles and her feet before landing again to smash into one large piece and a dozen smaller pieces. She watched for a moment as the pale brown pool of coffee trickled between her toes and round the chair leg then hearing Daniel’s feet thumping down the stairs she reached forward and snapped closed the computer.

‘What have you done? Don’t just sit and look at it, it’s spreading everywhere!’ and with a grunt Daniel grabbed the paper towel from the kitchen and threw it in Rebecca’s direction.

Catching it on reflex, Rebecca tore off a sheet and looked downwards at the spreading pool. 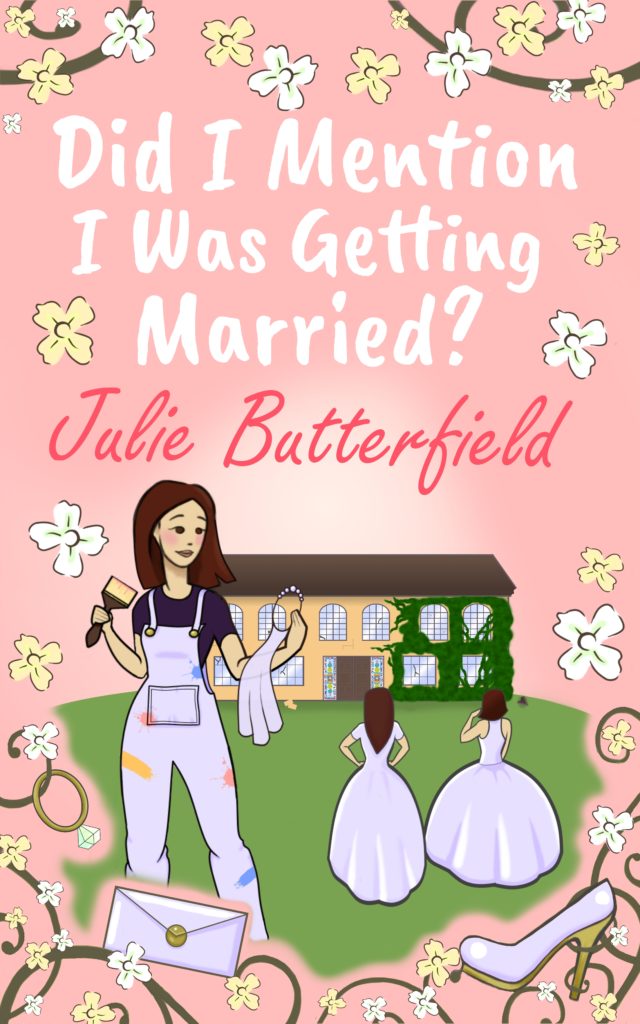 Following their divorce, Rebecca found it difficult to believe that Daniel, her unpleasant, overbearing ex husband had found someone new to share his life with when she had been unable to find the courage to move on. She didn’t begrudge Daniel’s happiness although it had made her question where her own life was heading. She was happy to meet his new wife to be but was horrified at the thought that she and Annabelle should become best friends and that Daniel should become part of her life again, It had taken Rebecca several years to get rid of him and she had no intention of inviting him back!

‘Rebecca,’ Annabelle relinquished Daniel’s arm and leant forward slightly. ‘I realise this is difficult for you.’

Rebecca couldn’t help herself. ‘Mrs Miles to be.’

‘Mrs Miles very soon to be,’ came back Annabelle.

‘Regardless,’ Rebecca continued smoothly. ‘It’s not at all hard Annabelle. Daniel and I split up two years ago and I’m happy for him – happy that he’s met you and wants to get married.’

Annabelle raised her eyebrows in disbelief. ‘That’s very kind of you to say so Rebecca. But it must be hard,’ she insisted firmly, ‘knowing that Daniel has found true love and seeing him move on must be difficult when you’re still – alone.’

Rebecca opened her mouth to tell Annabelle that life alone was infinitely preferable to life with Daniel.

‘But that’s part of the reason we’ve come to visit. We want there to be no tension in our family,’ continued Annabelle. ‘We want everyone to be included and know they all have a place.’

Rebecca wanted to point out that the family Annabelle was referring to belonged to Rebecca and the only source of tension right now was Annabelle herself, but she swallowed her words and smiled stiffly instead.

‘That’s why I feel it’s important that we get to know each other, become friends and share each other’s lives,’ continued Annabelle dreamily as Rebecca winced at the thought. ‘Won’t it be wonderful – us popping up for a long weekend, the children joining us for barbeques and Sunday lunch. All part of the family.’

Rebecca thought it sounded horrific. She had managed quite well without Daniel in her life for the last two years and if the children ever felt the need to visit their father they could travel down to Devon and do exactly that. She had felt no inclination to invite Daniel to join them for Sunday lunch, in fact if Rebecca had told either of her children their father was arriving, they would probably have cancelled their visit.

‘Of course it would be lovely to be able to reciprocate,’ Annabelle was continuing with a sad look on her face. ‘But I’m afraid Daniel’s circumstances are quite different.’ There it was, that note of censure again. Rebecca didn’t care what Helen said, this wasn’t a nervous Annabelle saying the wrong thing, she definitely had a bee in her bonnet about something.

‘I’m afraid our little house just isn’t up to that kind of entertaining. Goodness me, we wouldn’t be able to find bedrooms for you all,’ she laughed, the little tinkly laugh that was starting to grate on Rebecca’s nerves. ‘No, this is the house.’ She waved her arm around the spacious living room with its huge wood burner and elegant cream furniture. ‘This is where we’ll need to have our little get togethers. We need to get to know each other Rebecca my dear, we’ll be spending a lot of time together from now on,’ and smiling happily Annabelle sat back again, leaning against Daniel’s arm and squeezing him fondly as she looked around the room with a contented expression.

Julie Butterfield belongs to the rather large group of ‘always wanted to write’ authors who finally found the time to sit down and put pen to paper – or rather fingers to keyboard and wrote Did I Mention I Won the Lottery? It should be pointed out this is a complete work of fiction and she did not in fact receive millions in her bank account and forget to mention it her husband – even though he still asks her every day if she has anything to tell him!

Her second book was Google Your Husband Back and the latest addition is Did I Mention I Was Getting Married? – which revisits Rebecca a few years after the lottery win which changed her life.