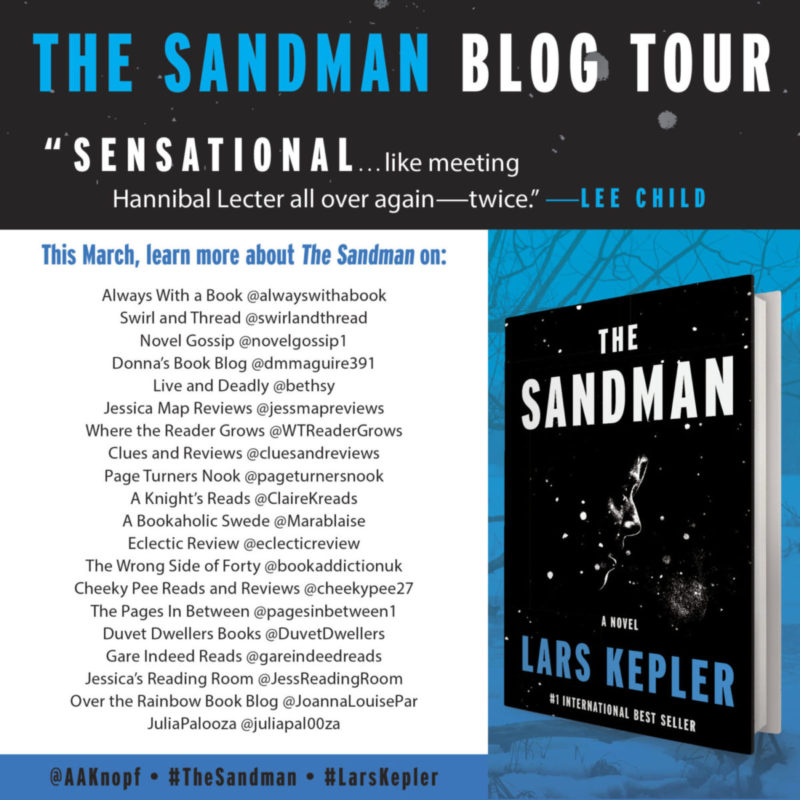 Today I am on the blog tour for The Sandman by Lars Kepler. The publication date for The Sandman was yesterday, March 6th. I will be sharing an Q&A and having a giveaway courtesy of the publisher, Knopf.  **A special thank you to them for being generous enough to provide a copy!

The #1 internationally best-selling thriller from the author of The Hypnotist tells the chilling story of a manipulative serial killer and the two brilliant police agents who must try to beat him at his own game.

Late one night, outside Stockholm, Mikael Kohler-Frost is found wandering. Thirteen years earlier, he went missing along with his younger sister. They were long thought to have been victims of Sweden’s most notorious serial killer, Jurek Walter, now serving a life sentence in a maximum security psychiatric hospital. Now Mikael tells the police that his sister is still alive and being held by someone he knows only as the Sandman. Years ago, Detective Inspector Joona Linna made an excruciating personal sacrifice to ensure Jurek’s capture. He is keenly aware of what this killer is capable of, and now he is certain that Jurek has an accomplice. He knows that any chance of rescuing Mikael’s sister depends on getting Jurek to talk, and that the only agent capable of this is Inspector Saga Bauer, a twenty-seven-year-old prodigy. She will have to go under deep cover in the psychiatric ward where Jurek is imprisoned, and she will have to find a way to get to the psychopath before it’s too late–and before he gets inside her head.

Buy The Sandman Now!
Amazon US 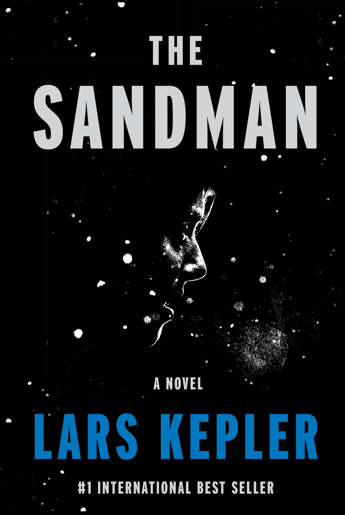 How did you decide to write together?

Alexandra: “For eight years we lived in 23 square metres.”

Alexandra: “And then we lived in 46 square metres when our first two daughters were born within a year of each other,”

Alexandra: “We bought a double bed that could be folded down from the wall in the living room,”

Alexander: “… And we wrote in the hall. We cook together, we refurbished our home together, we take care of the children together.”

Alexandra: “We were always the first to read each other’s writings, but never until the manuscript was actually ready, there was no other way.”

Alexander: “Fundamentally it’s very lonely being a writer. You can’t let anyone else into what you are doing until it is finished, otherwise you risk dispersing the magic.”

Alexandra: “But we just couldn’t accept that isolation of writing.”

Why did you become Lars Kepler?

Alexandra: “In 2008 it so happened that we both finished our writing projects at the same time. We decided instead to write something together. We worked on a children’s book but quickly found that it did not work, it was quite impossible for us to agree on anything.”

Alexander: “We just couldn’t get our styles into harmony. Our individual literary voices were too defined. We decided to write a play instead. I had written a great deal of drama, and Alexandra had been an actress for a long period of time. It ought not be too difficult, they thought, but in this they were much mistaken. The collaboration was a disaster. We argued about every possible detail.”

Alexandra: “It’s odd when one respects someone’s writing so much, and yet finds there is no way of collaborating.”

Alexander: “Not being the sort of people who give up easily, we tried again, but give up our individual authorial voices. Together we invented a third author, one who was neither Alexander nor Alexandra, but a person in his own right. Lars Kepler was born.”

Why the name “Lars Kepler” ?

Alexandra: “The name Kepler comes from the German scientist Johannes Kepler, who solved one of his time’s greatest mysteries: it was his calculations of the planets’ orbits that paved the way for Newton’s theses about gravity.

Lars Kepler was provided with a life story of his own: he had once been a teacher at upper secondary level, who had become a lonely, retiring person after a personal tragedy he did not wish to talk about. Now he works nights at a homeless hostel and writes in the daytime – crime novels.”

Alexander: “We have always loved thrillers, we grew up in the 70’s with Sjöwall & Wahlöö’s ground-breaking police novels.”

Alexandra: “Suddenly we had broken down the wall of loneliness experienced by almost all authors.”

Alexander: “It was so fantastic writing together, almost as if we had fallen in love again.”

So the key to your creativity was Lars Kepler. What happened after your identity was revealed?

Alexander: We were worried that they would not be able to write together again. We believed that anonymity, protected by the name of Lars Kepler, was a necessary safeguard of the collaboration.”

Alexandra: “We need not have worried. The obstacles had already been torn down. As long as the writer was Lars Kepler, our creativity kept flowing.”

Alexander: “We have come around to thinking that being uncovered was actually good. Our biggest advantage is that we can meet their readers.”

Alexandra: “We can travel about, meet journalists and readers, and take part in book fairs and festivals.”

Many authors who write together split the work into dialogue and prose, or write certain characters. How do you two work together?

Alexandra: “We share everything, from the first idea to the last line. When we finish a book there is not a single sentence in it that we have written alone.”

Alexander: “And we do all our research together, we visit prisons, we read forensic or post-mortem reports, and we talk to doctors and police officers.”

Alexandra: “We act out fighting scenes together and we go to the shooting range together. Authenticity means everything to us.”

Lars Kepler is touring the US. Look to see if they are coming near you 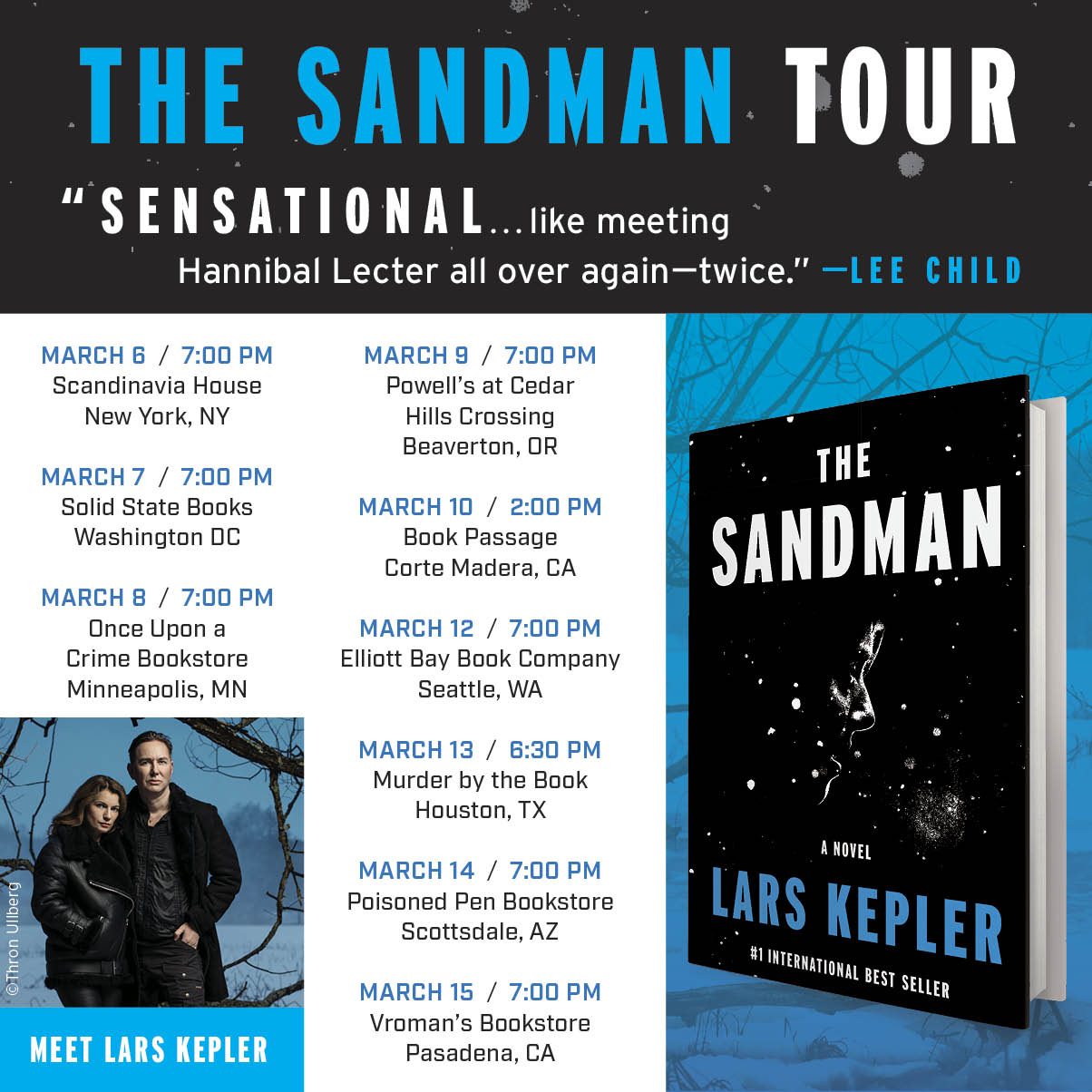 Many thanks again to the Knopf for having a giveaway. If you are interested, you can win a copy of The Sandman. **This will be for US only per the publisher’s request.**  The winner will win a hardback copy of The Sandman. Giveaway runs until Saturday the 10th at midnight Eastern.
a Rafflecopter giveaway 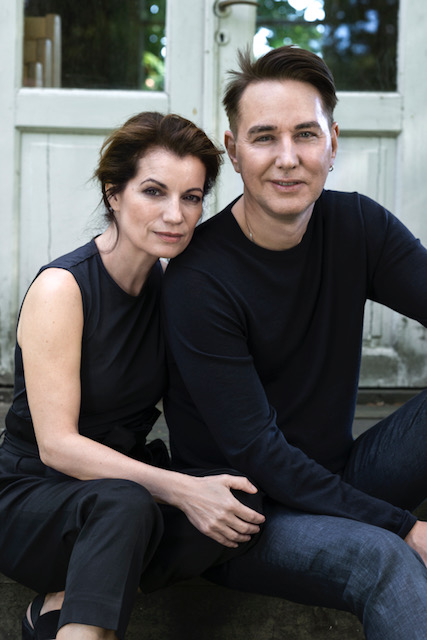 Lars Kepler is the pseudonym of critically acclaimed husband and wife team Alexandra Coelho Ahndoril (b. 1966) and Alexander Ahndoril (b. 1967), authors of the internationally bestselling Joona Linna and Saga Bauer series. With six installments to date, the series has sold ten million copies in 40 languages.

The Ahndorils were both established writers before they adopted the pen name Lars Kepler, and have each published several acclaimed novels.

Alexander and Alexandra married in 1994 and have three daughters together. They live in central Stockholm.

Alexandra Coelho Ahndoril was born in 1966, and grew up on the south coast of Sweden. In the early 90s, Alexandra moved to Stockholm to pursue a career in acting though she eventually became an author.

In 2003, she published her critically acclaimed debut novel Stjärneborg (Stjerneborg) about the life of astronomer Tycho Brahe which received the Katapult Prize, Birgitta och Katarina (Birgitta and Katarina, 2006) about the life of Saint Birgitta of Sweden, and Mäster (2009), about the radical socialist August Palm.

In addition to her work as an author, Alexandra has also been a literary critic for two of Sweden’s largest newspapers, Göteborgs-Posten and Dagens Nyheter.

Alexander was born in 1967 and grew up twelve miles north of Stockholm. Alexander studied philosophy, religion, and film at university. His first novel was picked up when he was nineteen.

Before he began writing as Lars Kepler, he had already penned twenty theatre plays, one opera libretto, nine novels including Regissören (The Director, 2006) a novel about Ingmar Bergman. Regissören was nominated for several awards, including the prestigious Independent Foreign Fiction Prize and has been translated into 11 languages.