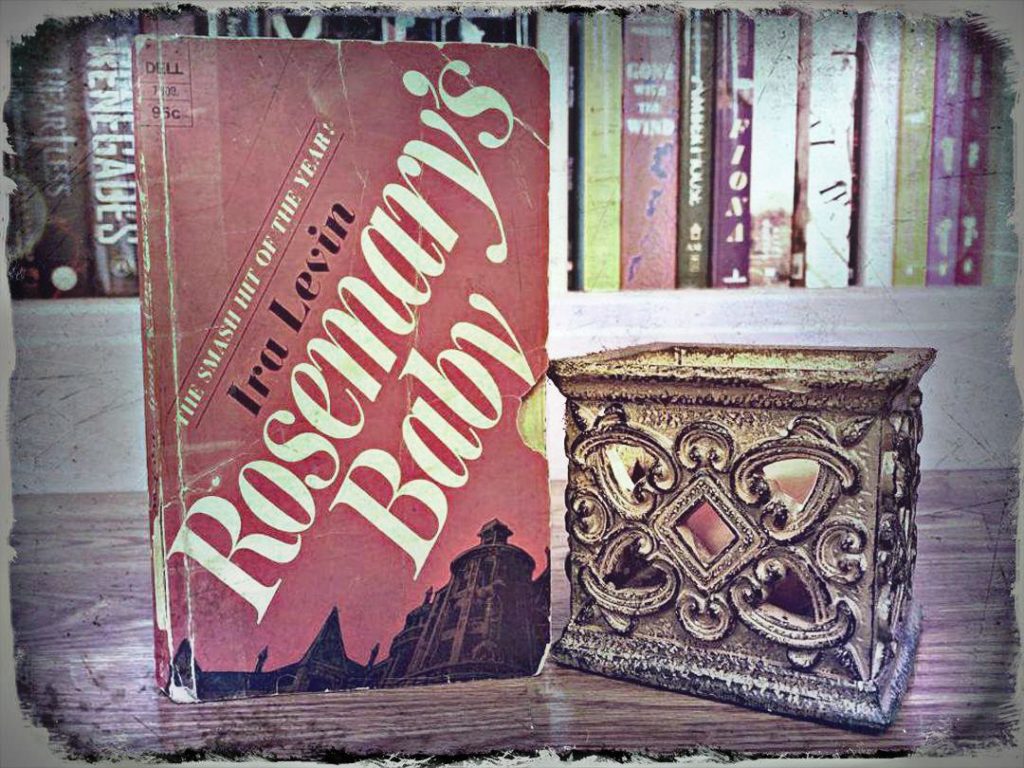 Rosemary and Guy Woodhouse were delighted at the chance to move into Bramford, one of Manhattan’s oldest and most celebrated apartment houses. Their friend Hutch urged them not to; he knew of too many shadows in the Bramford’s past – unsavory tenants like Adrian Marcato, who had practiced witchcraft, and the monstrous Trench sisters. But Rosemary and Guy were clear-thinking and not at all superstitious. They dismissed Hutch’s warnings and moved in. At first, they were completely happy. Rosemary hung curtains and planned a nursery for the baby she hoped to have some day. Guy pursued his career as a stage and television actor. They met their neighbors who were friendly and unintrusive. But then, one day when Rosemary was down in the basement laundry room, a girl her own ago came in … Quietly and with a compelling matter-of-factness. Ira Levin tells a story of mounting terror and icy climactic shock in a book that manages to be wildly entertaining as well.

What a great book! Of course, we’ve all seen the movie, but I once I found out it was based on a book . . . so I read it and I love it so much! I’m not sure I’d even call this horror. I’d classify it more as suspense with a slight horror twist. The Bramford is a great setting and Levin did a superb job of building up the tension slowly and subtly, until the twist just pounces and you’re left speechless. The only other author who is this successful at a slow burn is Shirley Jackson, and even she wasn’t this subtle.

Rosemary is an excellent character who both conforms to and breaks the 60’s housewife stereotypes. You also get a great look into the decade and feel like you’re actually living it. Even if you don’t like horror, I would still recommend this book because it’s such a awesome story! It’s easy to read and quick to get through!