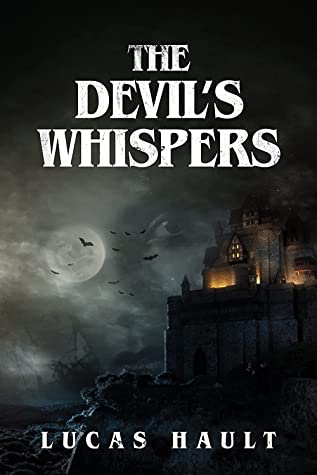 In a silent, sleepy castle, evil has awakened…

Famed British lawyer Gerard Woodward is summoned to an ancient Welsh castle to assist a dying lord in his final affairs. But as his host slips closer to death, Gerard begins to feel less like a guest and more like a prisoner. When he finds himself locked inside his room, he realizes he must escape.

After finding his way out of his room, Gerard begins to wonder if he was safer locked inside. The labyrinthine halls echo secrets. A terrible wail and the rattling of chains sets his nerves on end. Something sinister is happening within the walls of Mathers Castle, and when he descends into the dungeons, he discovers a horrible secret…

In nearby London, children vanish into the night, animals are horribly mutilated, and a savage creature stalks the shadows. When Gerard’s wife, Raelyn, becomes the creature’s next target, his need to escape reaches a fever pitch. He must get out alive so he can dispel the evil that threatens to destroy his beloved Raelyn… and the rest of us.

The Devil’s Whispers started with an interesting premise, but didn’t actually work for me.  The novel is written solely in journal/ diary entries and letters, so we get each writer’s perspective of what is occurring.  For a short novel it was a very slow-moving story.  It seemed to drag for me and I know I missed some things while reading.  Since reading, I have seen other reviews saying it is extremely close to Dracula but without vampires, but I can’t compare as I have not read that classic.

I tend to like novels with multiple narrators/ points of view, so I thought this novel would work for me.  I was intrigued in the beginning, where Gerard was constantly locked in his room, but something was just missing for me as I read. Towards the end the novel did pick up and I was reading quicker. I could see this novel working as an audiobook with a full cast narration. That might truly bring it to life!

Maybe this book just came at the wrong time for me. I would give Hault another try if a future book sparked an interest to me.  Many thanks to the publisher TCK Publishing, for sending me a copy to read and review. I just wish I had enjoyed it more. Though I do love the creepiness of the cover!