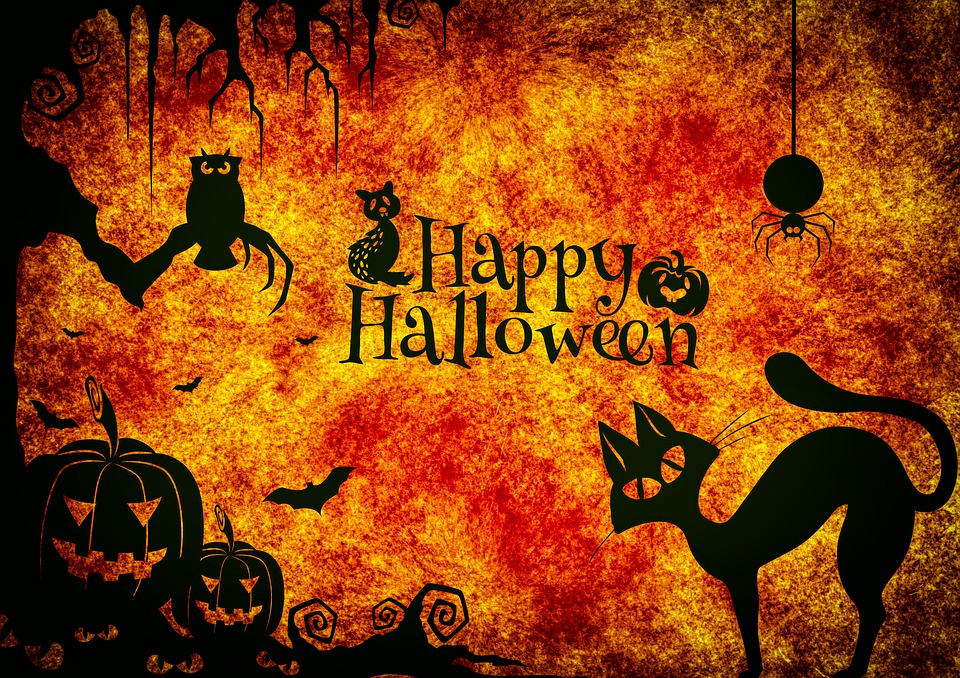 Happy Halloween! This is one of my favorite times of year: Everyone is happy, dressed up, and high on candy. We also had corn mazes, haunted houses, and cooler weather.  (Well not the cooler weather this year…)  Today Kim reviews The Exorcist and gives a video movie comparison! 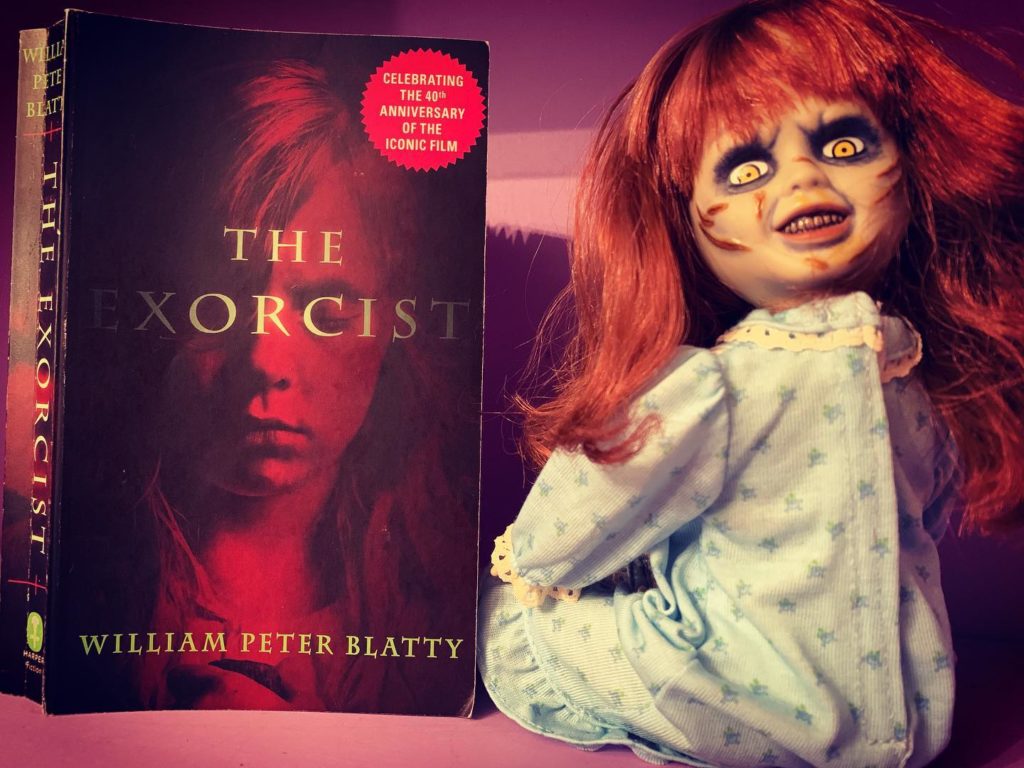 Originally published in 1971, The Exorcist is now a major television series on FOX. It remains one of the most controversial novels ever written and went on to become a literary phenomenon: It spent fifty-seven weeks on the New York Times bestseller list, seventeen consecutively at number one. Inspired by a true story of a child’s demonic possession in the 1940s, William Peter Blatty created an iconic novel that focuses on Regan, the eleven-year-old daughter of a movie actress residing in Washington, D.C. A small group of overwhelmed yet determined individuals must rescue Regan from her unspeakable fate, and the drama that ensues is gripping and unfailingly terrifying.

Two years after its publication, The Exorcist was, of course, turned into a wildly popular motion picture, garnering ten Academy Award nominations. On opening day of the film, lines of the novel’s fans stretched around city blocks. In Chicago, frustrated moviegoers used a battering ram to gain entry through the double side doors of a theater. In Kansas City, police used tear gas to disperse an impatient crowd who tried to force their way into a cinema. The three major television networks carried footage of these events; CBS’s Walter Cronkite devoted almost ten minutes to the story. The Exorcist was, and is, more than just a novel and a film: it is a true landmark.

Purposefully raw and profane, The Exorcist still has the extraordinary ability to disturb readers and cause them to forget that it is “just a story.” The Exorcist remains an unforgettable reading experience and will continue to shock and frighten a new generation of readers.

The perfect scary story for all horror fans! There aren’t too many that I can say that about, but with The Exorcist, I have no doubts. It is classic horror at its finest. I first listened to this book on audio back when I was working at the car dealership and I had to stop my work, take my headphones off, and check to make sure that the sun was still shining and I wasn’t alone in the office! It was that creepy! The movie is almost as good and will go down in history as one of the most classic and terrifying horror movies of all time. My mom has always said that we were never allowed to watch it and when she saw it in the theater when it first came out, she had nightmares and never really recovered from it. She’s avoided pretty much all horror ever since.

I wanted to read the physical book for a while and when I saw it at Barnes and Noble, the mood hit me and I started reading. Strangely enough, it’s an incredibly easy book to read. I read it in less than 48 hours and I lost a couple hours in between. I was absolutely engrossed. There is so much implied horror and that seems to be the scariest element within the story. The church desecration and terror of Merrin at the archeological dig in the Middle East are fascinating and terrifying. But the characterization of Regan while she is possessed and strapped to her bed is easily the most intense in the book. The little girl who is wasting away and sitting in her own vomit and excrement is one of the most powerful scenes I’ve ever read.

Father Karras might just be one of my favorite characters in literature. He’s comforting, sympathetic, empathetic, and likable all at once. Overall, The Exorcist is a book I believe every adult should read, even those who aren’t necessarily horror fans. This is also the perfect book to introduce the horror genre to those who have never tried it. I absolutely recommend it and the movie! 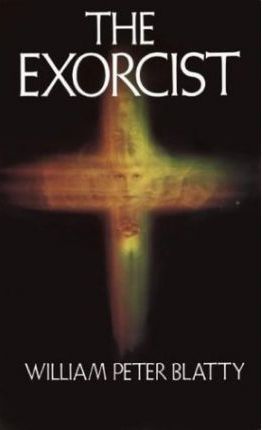 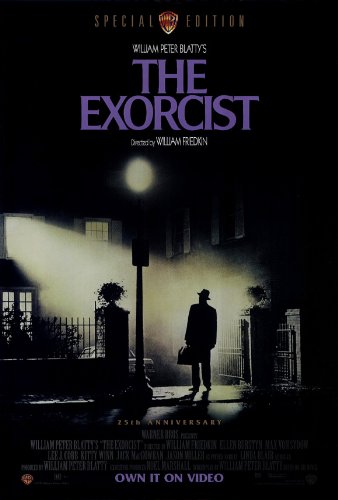 Whatever you do, have fun and be safe tonight! Me, I’ll be watching a scary movie after work! 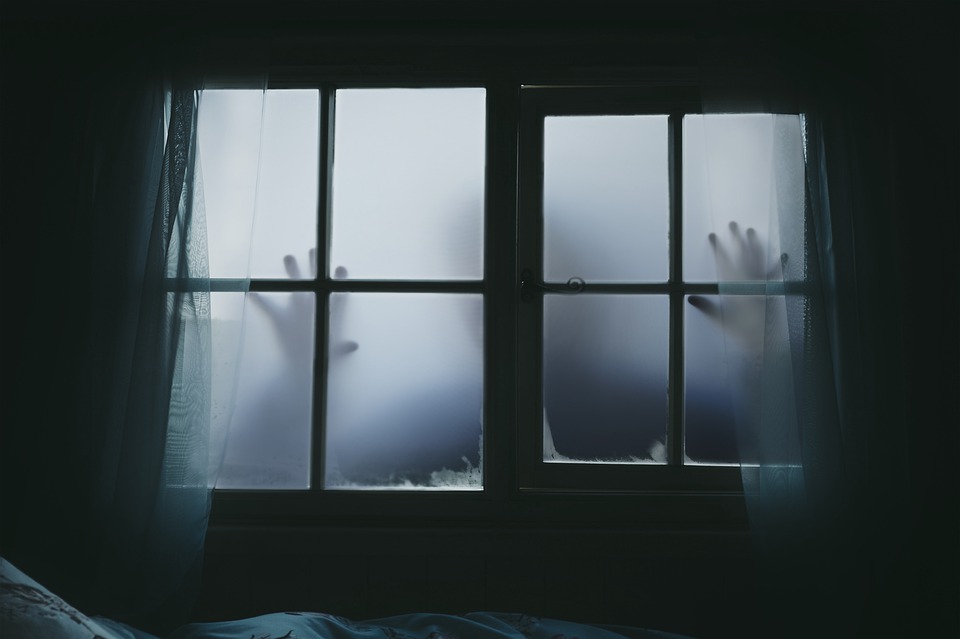