By now you know I am a supporter of Jennifer Gilmour. She lives the UK and is working to stop domestic abuse, which I feel is really important.  I wish we were on the same continent so we could work together, but since we are not, my little section of cyber space will have to do. Jennifer is offering her debut novel Isolation Junction for FREE on Kindle this week. If you have not gotten it yet, NOW is the time to get it!

I interviewed Jennifer last month during the holidays which can be a difficult time for those who face domestic abuse. My interview with her is here. 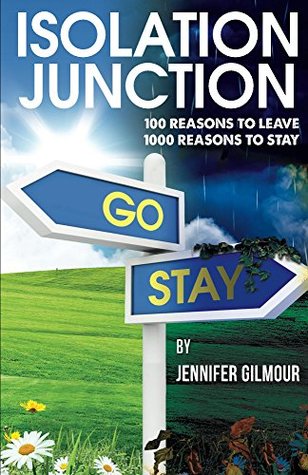 Rose is the mother of two young children, and finds herself living a robotic life with an abusive and controlling husband. While she struggles to maintain a calm front for the sake of her children, inside Rose is dying and trapped in ‘Isolation Junction’.

She runs an online business from home, because Darren won’t let her work outside the house. Through this, she meets other mums and finds courage to attend networking events, while Darren is at work, to promote her business.

It’s at one of these events that Rose meets Tim, a sympathetic, dark-haired stranger who unwittingly becomes an important part of her survival.

After years of emotional abuse, of doubting her future and losing all self-confidence, Rose takes a stand. Finding herself distraught, alone and helpless, Rose wonders how she’ll ever escape with her sanity and her children. With 100 reasons to leave and 1,000 reasons she can’t, will she be able to do it?

Will Tim help her? Will Rose find peace and the happiness she deserves? Can Rose break free from this spiralling life she so desperately wants to change?

My review for Isolation Junction can be found here.

My name is Jennifer Gilmour and I am a survivor of domestic abuse, I have published two books both with a focus on raising awareness about domestic abuse at their core. Whilst both aim to raise this awareness one is written as a work of fiction whilst the other is a compilation of survivor stories and therefore non-fiction. Both work in different ways to educate and raise awareness of this insidious and unacceptable behaviour.

Over Christmas, incidents of domestic abuse reported to the police rise. Assault and domestic murders increase 25% during the festive period with a third of them been on Christmas Day itself. Bombarded with images of the perfect nuclear family gathered around the gold baubles of a Christmas tree, it can be easy to forget that Christmas is a time of coercion, punishment and violence for many women and men.

Now I know it isn’t Christmas anymore but January can be just as bad because all those credit card bills come in alongside your usual direct debits. There is even a day in January called Blue Monday and this year its on the 15th. The date is generally reported as falling on the third Monday in January, but also on the second or fourth Monday, or the Monday of the last full week of January.

The formula uses many factors, including: weather conditions, debt level (the difference between debt accumulated and our ability to pay), time since Christmas, time since failing our new year’s resolutions, low motivational levels and feeling of a need to take action.

Can you imagine this formula and applying it to an abusive relationship?

For 5 days my debut novel Isolation Junction is going to be FREE on Amazon Kindle, this is the first time ever to happen. It’s the week before Blue Monday, I wonder if those reading will be inspired to take action?

I ask you all to share the link and break the silence surrounding domestic abuse.

Isolation Junction was fully funded by a Kickstarter Campaign which over funded at 110%. The link is here.

Over eighteen months within 2015-2016 I wrote my first novel with the aim of not only raising awareness of an insidious behaviour which brings hidden misery to so many but of bringing about changes at a national level.  A ‘survivor’ myself, I am well aware that changes to national policies and working practices are still needed so that situations in which women (and men) present in emotionally abusive situations are recognised and dealt with appropriately and with compassion.

I believe that particular training needs to be focused on recognising the perpetrators of this behaviour, as often they are very persuasive people who are able to manipulate the services themselves. 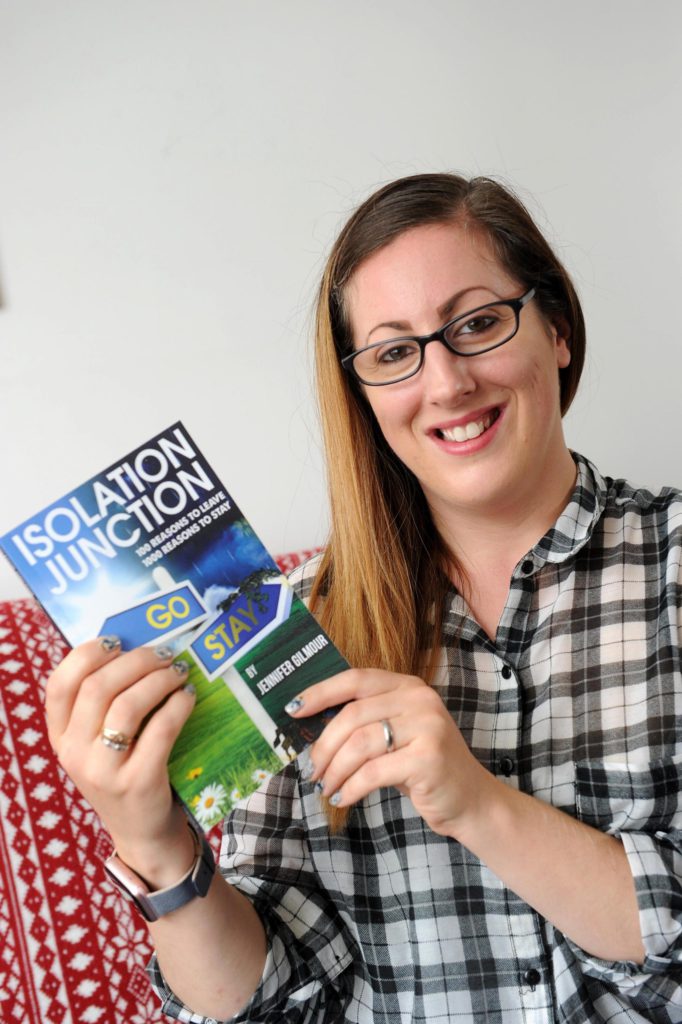 Born in the north-east, Jennifer is a young, married mum with three children. In addition to being an author, she is an entrepreneur, running a family business from her home-base. Her blog posts have a large readership of other young mums in business.

From an early age, Jennifer has had a passion for writing and started gathering ideas and plot lines from her teenage years. A passionate advocate for women in abusive relationships, she has drawn on her personal experiences to write her first novel Isolation Junction. It details the journey of a young woman from the despair of an emotionally abusive and unhappy marriage to develop the confidence to challenge and change her life and to love again.

Jennifer continues to publicly support those who are isolated and struggle to have a voice. Jennifer hopes that Clipped Wings gives a voice to survivor’s experiences and raise’s awareness further of the types of unacceptable behaviour which fall into the category of domestic abuse.