Today is Publication Day for Vicky & Lizzie’s First Period by Andrew Mackay and I am helping to get the word out on it by sharing a sneek peek of part of the first chapter.

They kicked-off a false, nasty rumour
That one of the staff was a groomer
For everyone knows
Gossip spreads out and grows
But the school didn’t quite see the humour

Would Vicky & Lizzie regret
All the damage they caused? Nah, not yet
Scheming, conniving
The girls kept on vying
A dangerous precedent was set

Vicky & Lizzie delivered a blitz
On a school at the end of its wits
Did they care? Did they f**k
They were common as muck
Those nasty, vindictive young s#!ts

This might cause upset and uproar
It’s a musical satire, what’s more
For the first time ever
We promise you’ve never
Read anything like this before

So pick up your copy today
Of a story about which you will say
That I wanted to barf
But so hard I did laugh
Vicky & Lizzie have just made my day! 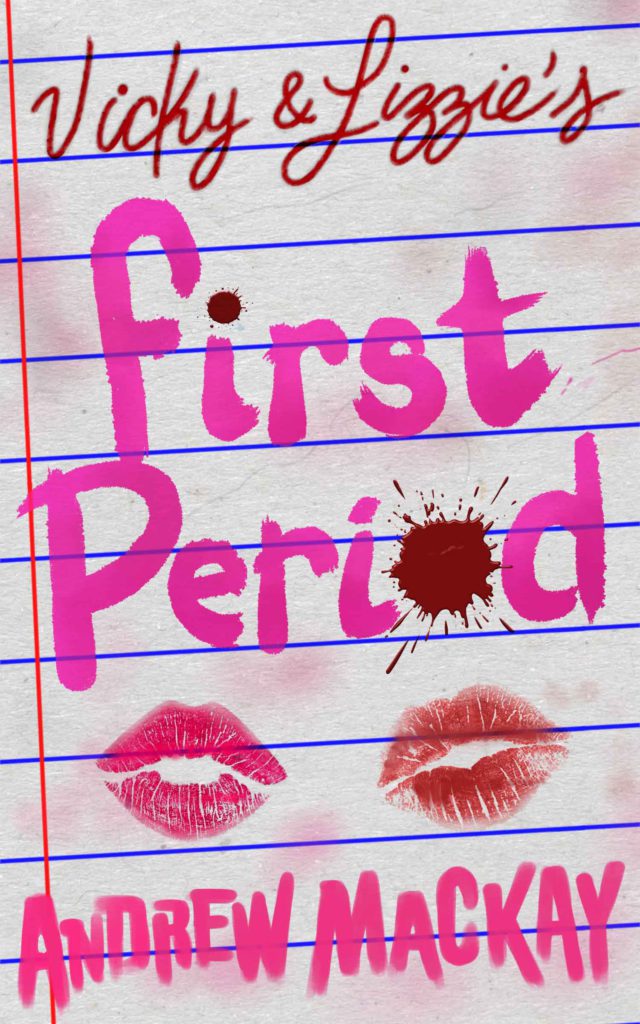 Here is the sneek peak you have been waiting for:

Mr Foster took to the stage. He stepped behind the podium and adjusted the microphone.
Close to one thousand students sat in rows of chairs in front of the stage.
‘Hello? Is this on?’ Mr Foster’s voice flew around the room at high volume. ‘Can you hear me?
The children squealed and held their fingers in their ears as the feedback wailed back and forth.
‘Ah, good. I thought that might get your attention.’

A teacher stood with the forms at the end of each row of chairs. They surveyed the children in the seats, ensuring they weren’t being disruptive.
‘Shh!’ whispered Mr Holbrook to a row of year eleven students.
Mr Pond, the woodwork teacher, stood at the end of a row of year eleven children. ‘Chloe, be quiet, please!’
‘Sorry, sir!’ She whispered through her chewing gum.
‘Are you chewing, Chloe?’
‘Sorry, sir.’

Vicky and Lizzie giggled to themselves. They watched the feisty multi-coloured hair teenager swallow her chewing gum down.
A morbidly obese girl started sobbing from the second row. She was easy to spot. Her buttocks seemed to try to escape down both sides of the chair.
‘Belinda Hopkins?’
The fat girl looked up and wiped her eyes. ‘Yes, sir?’
‘Are you crying gravy?’ Mr Foster lost his patience. ‘Stop doing that, you super-sized wench. You’re putting me off.’
‘Yes, s-sir.’
Mr Foster rolled his shoulders and cleared his throat. Belinda’s crying died down and he began the assembly.

‘It’s been brought to my attention just now that a few rumours are going around the school about Mr Galigan, from Geography. I’d like to remind you all that rumours are nothing but vindictive attempts to muddy the truth. They will not be tolerated.’
Stevie’s hand went up in the air. ‘But, sir!’
‘What is it now?’
‘We want to know what happened. Where is Layla?’
‘That’s not up for discussion, Stevie,’ Mr Foster said, somewhat annoyed by the interruption. ‘It is none of your concern. Layla Quick has been relocated to another school while the police continue their investigation. That’s all anyone need know at the moment.’
‘Sir!’ Another hand went into the air. It belonged to Freddie al-Burhan, in year eleven.
‘Yes, Freddie?’
‘Why is Mr Galigan not here?’
‘He’s had a family matter to attend to. A temp has been appointed until he’s back.’
‘He’s not been suspended, then?’

Mr Foster raised his eyes in suspicion. Faced with the unenviable task of either lying to save his colleague’s face, or imparting the truth (a value which he and the school upheld most sincerely) he chose the former.
‘No.’
‘Okay. Thanks, sir.’
‘Any other questions before I continue?’ Mr Foster surveyed the ocean of adolescent faces before him.
‘No? Good. So, this week, our key word is motivation. The derivation of which comes from the Latin cognition, meaning the way the brain processes information…’

The teachers at the end of each row, including Mr Parker, folded their arms. The children looked utterly confused as Mr Foster continued his lecture.
Vicky scanned each teacher one-by-one and muttered under her breath. ‘Mr Pond… Mr Parker… Mr Bloom…’
Lizzie caught her friend sizing up each teacher. ‘What are you doing?’
‘Shut up, I’m thinking,’ Vicky whispered and returned to the teachers behind her. ‘Mr Sinclair… Quack-Quack… Mr Langham…’
Mr Bloom snapped his fingers at Vicky. ‘Psst. Vicky!’
She turned to him and offered her innocence. ‘Huh?’
‘Be quiet and listen, Hopper.’
‘Sorry, sir…’ She leaned back in her chair and faced the stage. Her brain worked overtime.

Join Andrew Mackay on Facebook for a virtual launch party TONIGHT for a selection of author takeovers and giveaways. 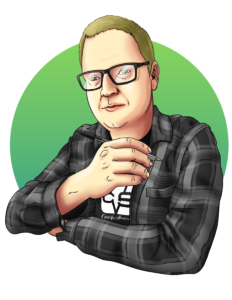 Some authors are afraid to cross the line.
Me? Oh, I’m glad you asked! I make “the line” my starting point…

My brand is satire.

I hop between genres like madman on crack because my razor-sharp literary knife is hungry for political and social commentary. One genre just can’t cut it (if you’ll forgive the pun.) I’m obsessed, I tell you!

I write straight-up humor and farce, horror, crime, romance… all under the banner of satire.

My novels often contain a ruthless commentary on society, delving into the darker machinations of modern life. They can be uproarious, funny, outrageous and shocking. Make no mistake, though. They are this way for a reason, and always come equipped with a sense of humanity and wit.

My obsessions include (and are essentially limited to) obscene amounts of: smoking, drugs, alcohol, caffeine, sex, debating, daydreaming and writing about himself in the third person.