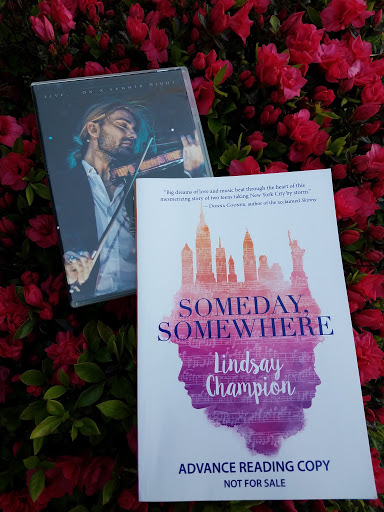 Dominique is a high school junior from a gritty neighborhood in Trenton, where she and her mom are barely getting by.

Ben is a musical prodigy from the Upper East Side, a violinist at a top conservatory with obsessive talent and a brilliant future.

When Dom’s class is taken to hear a concert at Carnegie Hall, she expects to be bored out of her mind. But then she sees the boy in the front row playing violin like his life depends on it — and she is transfixed.

Posing as an NYU student, Dom sneaks back to New York City to track down Ben Tristan, a magnetic genius who whisks her into a fantasy world of jazz clubs and opera, infatuation and possibility. Each sees something in the other that promises to complete them.

As Dom’s web of lies grows, though, so does Ben’s obsessive need to conquer Beethoven’s famous Kreutzer Sonata. But Ben’s genius, which captivates Dominique, conceals a secret, and the challenges of her life may make it difficult to help him.

Author Lindsay Champion’s deep roots in theater and music are evident on every page — structured like a sonata with hints of West Side Story, her debut novel hits all the right notes.

Someday, Somewhere is Lindsay Champion’s debut novel, and it is quite the debut! She takes what she knows of music in life and brings it to us on the page.  I was in band in high school, so I was looking forward to the musical aspect of the novel to ‘bring me back’ to that time.  And let me say this about the cover: It is beautiful!

We have two alternating points of view in Someday, Somewhere  and going between both Dom and Ben keeps you wanting to read the next chapter to see what happens next. You can’t help but like all the characters, but my favorite was Cass. I know the story is Dom and Ben’s but Cass stole the show for me. I wanted more of Cass and need a Cass in my life!

Yes, they are both teens and they make the mistakes that teens will most likely make.  You can’t help but root for Dom and Ben and want them to be happy though things are against them.  I pictured Ben as David Garrett, even though Ben’s hair is dark. It is the talent that both Ben and David have that made me compare the two.

Someday, Somewhere is more than a sweet YA romance; it deals with some serious issues including race, poverty, lies, and abandonment. Don’t think you are going into this novel with a sweet, pleasant outcome: It deals with real issues with a real ending. I applaud Champion for ‘going against the grain’ of having a happy ending. As long as you keep this in mind you should enjoy Someday, Somewhere. These are lifelike characters that make ‘real people’ mistakes.

Someday, Somewhere is recommended. Thank you to KCP Loft for sending me a copy to read and review. 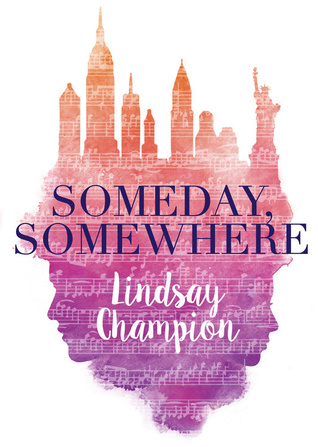