Today the Sunday Series Review is back and today Kim reviews the When Tomorrow Calls boxset on Audible by JT Lawrence.  We originally meant for this to be a Double Review, but I have not listened to it and I did not want Kim’s review to wait anymore since we were sent this copy by the author herself. Once I listen to the books, I will share the reviews with you! (Mine may be individual reviews.) 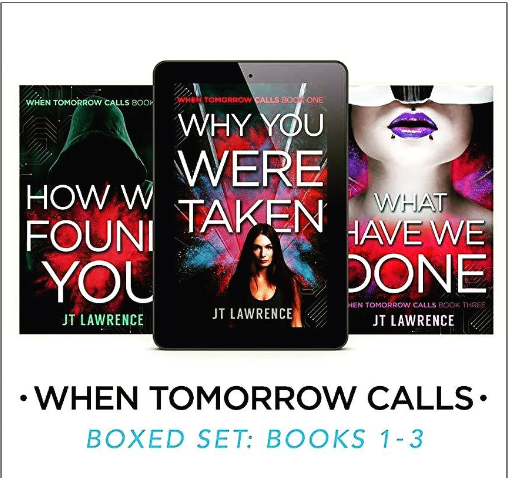 Books in the Series:
Why You Were Taken
How We Found You
What Have We Done 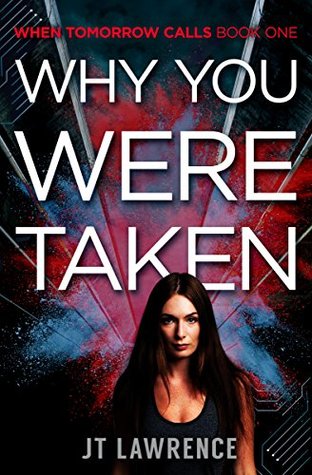 Imagine discovering your murdered parents were really your abductors. Then you find out you’re on the hit list. In tomorrow’s world, a troubled woman approaches Kirsten with a warning and a wafer key and is later found dead. Was she just another victim of the Suicide Contagion, or is there something more sinister at play? The key leads Kirsten on a chase to the Doomsday Seed Vault and a hit list of seven people … and her barcode is on it. 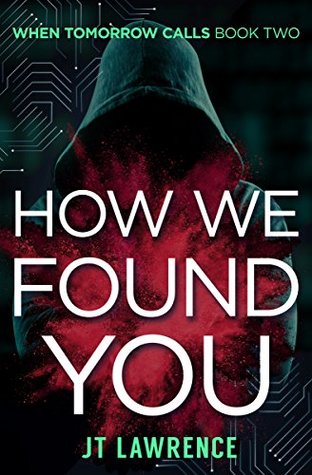 Would you sacrifice your son to save your daughter? There’s something different about Kate’s four-year-old son. He wasn’t created the old-fashioned way. Now a violent cult wants him dead and Kate will do anything to protect him – until they take her daughter. Who will she choose to live, and who will she have to sacrifice? 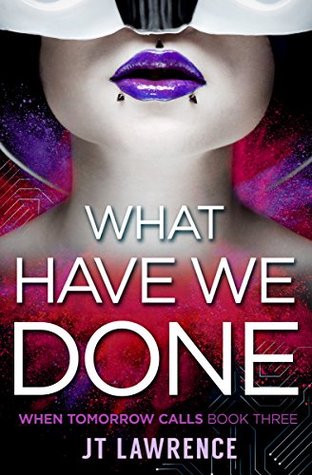 In tomorrow’s world where the edges blur between addictive virtual reality and real life, would you hurt your daughter if it was the only way to set her free?

When gaming junkie Silver doesn’t make it home on the eve of her sixteenth birthday, Kate and Keke go out to find her. It’s a treacherous journey navigating a city in the midst of a flash civil war. Shrouded in electrosmog and panic, it’s been taken over by vigilante bot hunters as a violent AI uprising puts everyone Kate loves in danger, especially Mally and his anthrobot girlfriend.

Suicide Agent Zack’s in trouble. After a charade of a trial he’s sentenced to hard labour at SkyRest, the most controversial penal labour colony in the country. He’s shocked by what he finds there, deep underground, but the more he resists it, the more they brainbleach him into submission. If he doesn’t find his way, he’ll never be able to tell Kate what he needs to tell her. Which is a problem, because it’s the whole reason he exists.

With the Doomsday Prophecy looming large, Kate discovers there are forces at play she’d never guess at, and much more at stake than just her or her children’s lives. What she’ll need to do to keep everyone safe will stretch her beyond every hard limit.

Will Kate play the game?

Cyberpunk meets the robopocalypse on the edge of litRPG in this dark dystopian thriller. Jack in and get ready for a headsplosion with this third book in the riveting series When Tomorrow Calls.

Ready? Your next addiction starts now.

I received this series for free on Audible in exchange for an honest review. I listened to all three books. I really enjoyed the first book. It’s unique and I liked the narrator a lot. I fell in love with Seth very quickly and although Kirsten wasn’t my favorite character, I cared about what happened to her. Keke was easily one of the best characters in the series. The futuristic world of Johannesburg with all the cool tech was well developed and I wouldn’t mind visiting someday! The ending came out of nowhere and when I finished, I couldn’t wait to move on to the next book.

Book two wasn’t as good as the first, mainly because of Kirsten, now called Kate. She was whiny through the whole book! Seth and Keke were still strong and the story was engaging. I found the religious conspiracy interesting, though not really unique. The ending was strong, but I wasn’t sure what more needed to be said.

Book three is the weakest of the series, and honestly, I don’t think the series needed it. The ending is what really disappointed me. It was weird and completely unconnected to the rest of the series. Overall, I really liked books one and two, and didn’t like book three.

A good series and I think fans of sci-fi and futuristic fiction would enjoy it!

Once you have finished the series…There is more! JT Lawrence has written more:
The Sigma Surrogate (Prequel)
Published: March 16, 2018
193 Pages 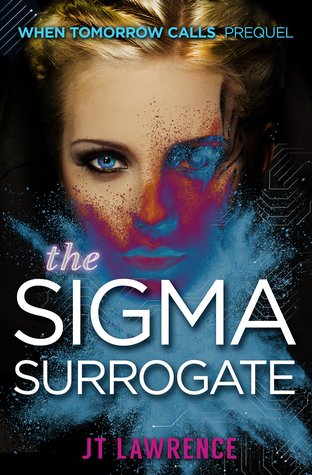 Joni is a state surrogate: young, bright, and most importantly: fertile.

… and someone wants her dead.

Keke is a smart, sexy biker; a renegade with a hunger for justice. She won’t stop until she exposes the truth, even it means putting her life in danger. Will Keke’s reckless ambition help the state surrogates, or harm them?

Perfect for fans of The Handmaid’s Tale, Never Let Me Go and Mr Robot.

Keke’s story is waiting for you. 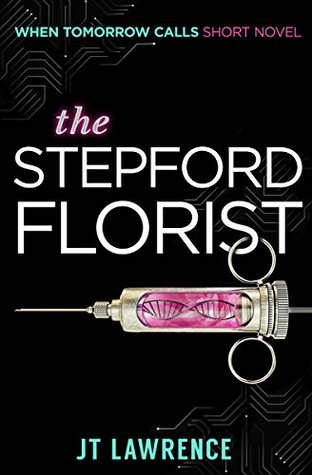 Jasmine is arrested for performing a bootleg vampire facelift in her modded-out steampunk caravan.

She’s thrilled, because it’s worked out exactly as she planned.

Jasmine has mastered moonlighting. She’s a steampunk inventor, a cosmetician, and a gene-hacking florist. And then there’s her real job: exposing evil corps and dodgy clinics.

When Jasmine, the head of Alba—an underground biopunk organisation—is tipped off that something morally dubious is happening at the city’s most luxurious high-tech spa, she takes it upon herself to investigate, and discovers a whole lot more than she bargained for.

This short novel is set in the near-future ‘When Tomorrow Calls’ world, and introduces Jasmine, Seth and Keke, just before we meet Kirsten, the kick-ass main character in ‘Why You Were Taken’.

Amazon US:
Why You Were Taken
How We Found You
What Have We Done

Amazon UK:
Why You Were Taken
How We Found You
What Have We Done