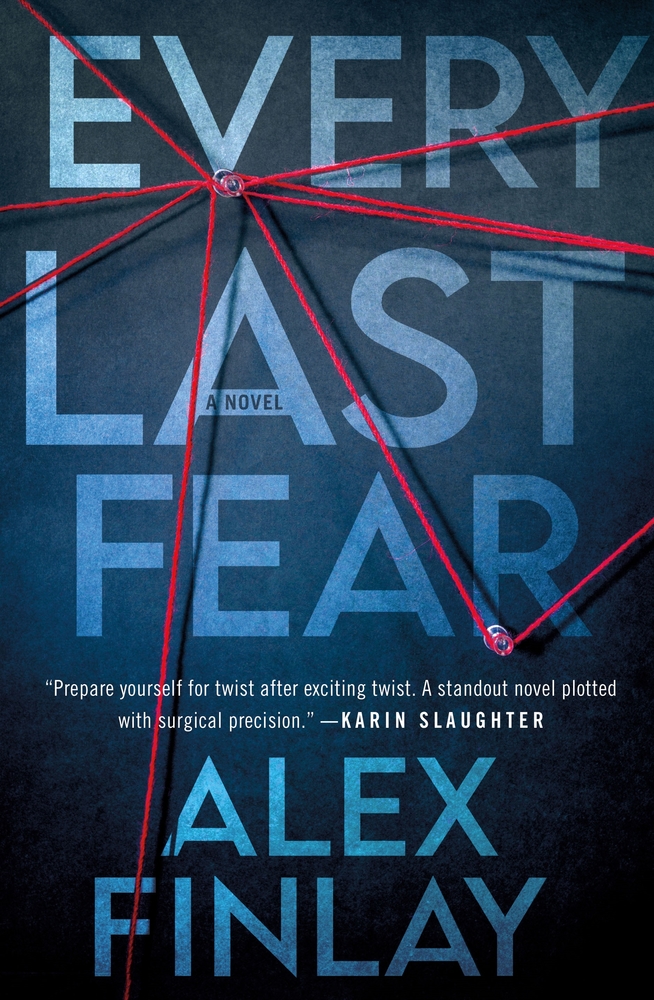 “They found the bodies on a Tuesday.”

So begins this twisty and breathtaking novel that traces the fate of the Pine family, a thriller that will both leave you on the edge of your seat and move you to tears.

After a late night of partying, NYU student Matt Pine returns to his dorm room to devastating news: nearly his entire family—his mom, his dad, his little brother and sister—have been found dead from an apparent gas leak while vacationing in Mexico. The local police claim it was an accident, but the FBI and State Department seem far less certain—and they won’t tell Matt why.

The tragedy makes headlines everywhere because this isn’t the first time the Pine family has been thrust into the media spotlight. Matt’s older brother, Danny—currently serving a life sentence for the murder of his teenage girlfriend Charlotte—was the subject of a viral true crime documentary suggesting that Danny was wrongfully convicted. Though the country has rallied behind Danny, Matt holds a secret about his brother that he’s never told anyone: the night Charlotte was killed Matt saw something that makes him believe his brother is guilty of the crime.

When Matt returns to his small hometown to bury his parents and siblings, he’s faced with a hostile community that was villainized by the documentary, a frenzied media, and memories he’d hoped to leave behind forever. Now, as the deaths in Mexico appear increasingly suspicious and connected to Danny’s case, Matt must unearth the truth behind the crime that sent his brother to prison—putting his own life in peril—and forcing him to confront his every last fear.

Told through multiple points-of-view and alternating between past and present, Alex Finlay’s Every Last Fear is not only a page-turning thriller, it’s also a poignant story about a family managing heartbreak and tragedy, and living through a fame they never wanted.

Every Last Fear pulls you in from the beginning with its first line (They found the bodies on a Tuesday) and keeps you guessing until the very end!  This novel is one of those that has everything I love about thrillers:  short chapters that keep you saying “Just one more!”, with multiple points of view over two timelines: Before and after the deaths of the Pine family.  The multiple POV and timeline jumps do not cause any confusion and the story keeps moving and intensifies as you continue reading. It also keeps pulling out the punches with twists that I did not see coming!  I did not know what was going to happen next!  When I got to about 60 pages left I really did not see how we were going to have a complete ending, but then Finlay did it and wrapped everything up!  Bravo!!

The entire Pine family has already gone through enough trauma in their lives with son Danny being convicted of the murder of his girlfriend, but there was also a documentary filmed that has people doubting Danny’s guilt, which even includes the president’s daughter, who is ‘Team Danny’. We do get to read bit parts of the documentary throughout the novel as one of the points of view.

I was 1000% invested in this novel.  This is the debut novel of Alex Finlay, though this name is a pseudonym. I am sure eventually we will find out who Finlay actually is, but until then I will look forward to reading more from this author! If Finlay keeps writing novels like Every Last Fear then I think I have found a new author for me!

Many thanks to the publisher Minotaur Books for granting me a copy via Bookish First to read and review!