We are finally in October and my favorite time of year: Fall which brings on Halloween/costumes/candy/corn mazes, and scary movies/stories!!!  And today I am helping to spread the word on a .99 pre-order of a upcoming boxset:  Soul’s Day written by 19 authors! This short story anthology is 352 pages and will be coming out October 20th!  The publisher is Fire Quill Publishers.

Pre-Order your copy here: https://books2read.com/u/4Dy5Ne
Once you have pre-ordered, you can claim a FREE gift here: www.soulsdayboxset.com

Old Hallows Eve, when things go bump in the night,
Children come to play, and the witches provide the fright.
For 19 authors, USA Today and international bestselling,
The Halloween tales become more than this foretelling.
In the Soul’s Day Boxset, a mansion feeds on souls,
A gargoyle captures them, and a demon dungeon master makes the calls,
Campers gets picked off one by one,
The Karnaval’s corn dogs are less than fun,
Ghosts lurking around every bend,
‘I do’ at the wedding is the very end.
A boxset of chills and thrills to keep you up at night,
One-click pre-order to snap your copy filled with fright.
On old Hallow’s eve when creatures come to play,
With this spine chilling pages, it’s where you’ll want to stay.

Today I am featuring  one of the authors in this boxset:  Sian B. Claven and her story SHH… 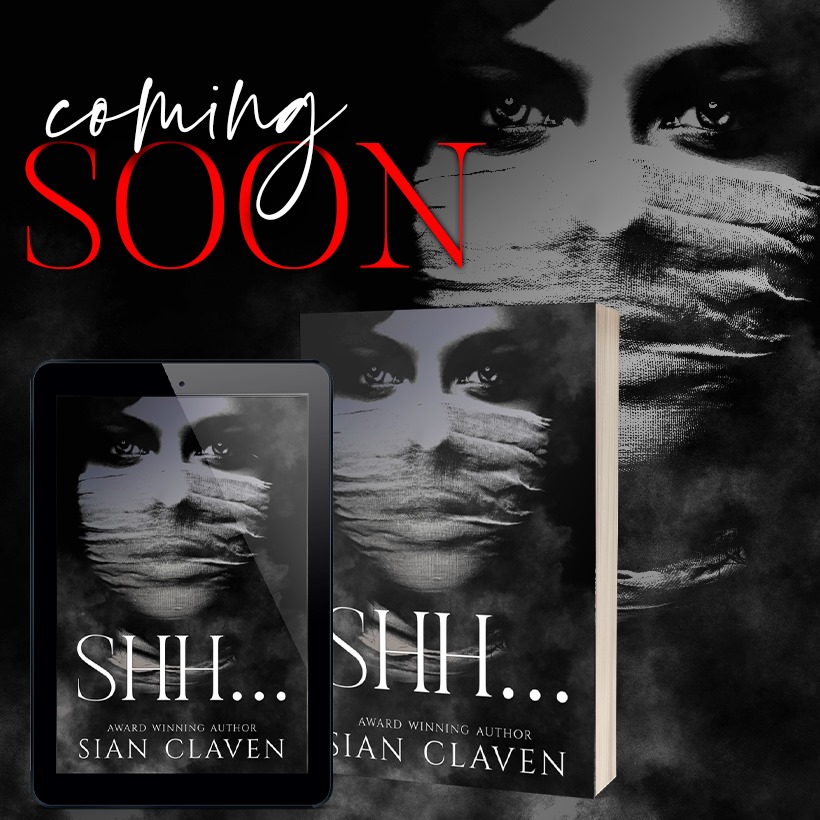 What did you say?

The once silent world of Heather Lawrence is turned upside down when her husband, Andrew, admits her to a state-of-the-art facility for surgery that enables Heather to hear and speak, an ability she lost in her teens.

Strangeness abounds as she hears voices that aren’t there and speaks words that are not her own, and she tries to navigate through her noisy new life.

Desperate for answers, Andrew searches for the surgeon that gave Heather her new lease on life but turns up with more questions than when he started. He soon finds himself in need of a priest as All Hallows’ Eve approaches, and all traces of his wife disappear in front of his eyes.

About Sian B. Claven:

Born in South Africa, in the heart of Johannesburg, Sian Claven grew up with a vivid imagination. When she wasn’t immersing herself in books, she was actively creating her own stories.

At 29 years old, left to her own devices after her sister immigrated, Sian, wrote her first horror book Ensnared and dared to publish it under the guidance of indie authors Toni Cox and Ashleigh Giannaccaro.

Now she has released more than ten books including a thriller and sci-fi fantasy.

Sian’s book, Sylvana, the final book in her Butcher series, made the Amazon top 100 best sellers list in several categories across three countries.

In her spare time, Sian is an avid Harry Potter fan, pop collector and Bingo addict. She resides in Johannesburg with her 2 best friends, their daughter, their 6 dogs and 3 cats.

Today I am one of the stops on the blog tour for the Hunting Angels Diaries series.  Today I will be providing the Prologue. The covers of these two novels are simply creepy, and though I wasn’t able to read these books for this blog tour, I hope to one day.

When an author is asked to help the police with the investigation into a double murder by identifying occult symbols, which had been carved into the victims, he is plunged into nightmare and forced to go on the run. Hunted by law and a powerful cult, he has to stay one step ahead to survive.

At twenty-six, he’d climbed the ladder of success quickly and he was fiercely proud of his achievements thus far. His Facebook page sported a scanned picture of his Young Journalist of the Year award, instead of a picture of himself. He knew that he wasn’t good-looking; in fact he was overweight, his sweat glands caused him endless embarrassment and his ginger hair was thinning fast. Although he spent a fortune on cologne and designer clothing, women found him arrogant and physically repellent. His infrequent sexual encounters usually cost him money and they didn’t last very long. Still, he knew that his success at work and financial status would attract a woman one day. Probably a gold-digger, but as long as she was compliant in the bedroom, it was all good. He was in no rush.

The whispering became louder and snapped him back to reality. Malcolm blinked and tried to focus on the room. Candlelight flickered in the darkness, casting shadows and distorting the faces around him. He wasn’t in the nightclub, of that he was certain. He blinked again as his fragmented memories of the night before returned to him. A woman had invited him to a party. She was black and she was hot. He could remember that much. As he focused on the people around him, he recognised her face, but it was distorted by the flickering yellow glow. He had no idea who the others were.

Conrad is the author of seventeen novels, eight author guides and two biographies. He has three series:

I am Conrad Jones, a fifty-year-old author, originally from a sleepy green-belt called Tarbock Green, which is situated on the outskirts of Liverpool. I spent a number of years living in Holyhead, Anglesey, which I class as my home, before starting a career as a trainee manger with McDonalds Restaurants in 1989. I worked in management at McDonalds Restaurants Ltd from 1989-2002, working my way up to Business Consultant (area manager) working in the corporate and franchised departments.
On March 20th, 1993, I was managing the restaurant in Warrington`s Bridge St when two Irish Republican Army bombs exploded directly outside the store, resulting in the death of two young boys and many casualties. Along with hundreds of other people there that day I was deeply affected by the attack, which led to a long-term interest in the motivation and mind set of criminal gangs. I began to read anything crime related that I could get my hands on.

I link this experience with the desire to write books on the subject, which came much later on due to an unusual set of circumstances. Because of that experience my early novels follow the adventures of an elite counter terrorist unit, The Terrorist Task Force, and their enigmatic leader, John Tankersley, or `Tank` and they are the Soft Target Series, which have been described by a reviewer as ‘Reacher on steroids’; You can see them here.

I had no intentions of writing until 2007, when I set off on an eleven-week tour of the USA. The Day before I boarded the plane, Madeleine McCann disappeared and all through the holiday I followed the American news reports which had little or no information about her. I didn’t realise it at the time, but the terrible kidnap would inspire my book, The Child Taker years later. During that trip, I received news that my house had been burgled and my work van and equipment were stolen. That summer was the year when York and Tewksbury were flooded by a deluge and insurance companies were swamped with claims. They informed me that they couldn’t do anything for weeks and that returning home would be a wasted journey. Rendered unemployed on a beach in Clearwater, Florida, I decided to begin my first book, Soft Target. I have never stopped writing since. I have recently completed my fifteenth novel, ‘Brick’, something that never would have happened but for that burglary and my experiences in Warrington.

You can find out more at www.conradjonesauthor.com