Today I share my review for my stop on the blog tour for The Lock by Andrew Barrett. This is a short novella at 122 pages, but it really delivers in those pages!  I previously read and reviewed Barrett’s short story The Note which also features Eddie Collins, CSI.

This is the story of how I saw a dead man die.

I’m Eddie Collins, a CSI. I was finishing up at a sudden death in an old house, waiting for the body snatchers to arrive, when I heard a noise from the cellar.

I had time to kill, so I went to investigate.

Turns out I wasn’t the only one with killing on his mind. 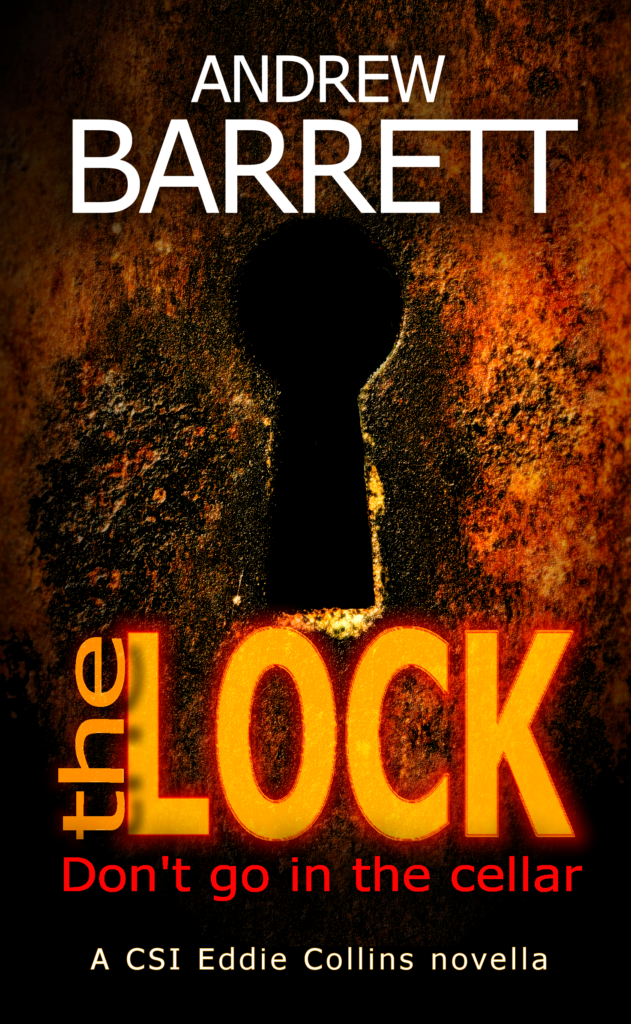 I previously read The Note which also features Eddie Collins. Barrett himself is a CSI and you can see that he takes what he knows from experience and puts them into his stories. And this novella is superb!  It is creepy, suspenseful, and you have absolutely no idea how it is going to end!  You know what they say about ‘curiosity killed the cat’…. Will curiosity be the end of Eddie Collins, CSI?

This novella makes me now think twice before I will go into a basement or cellar again. You never know who or what might be there!  Reading both The Note and now The Lock has me wanting to read more of the Eddie Collins series and more crime books in general!

Andrew Barrett has enjoyed variety in his professional life, from engine-builder to farmer, from Oilfield Service Technician in Kuwait, to his current role of Senior CSI in Yorkshire.

He’s been a CSI since 1996, and has worked on all scene types from terrorism to murder, suicide to rape, drugs manufacture to bomb scenes. One way or another, Andrew’s life revolves around crime.

Today, Andrew is still producing high-quality, authentic crime thrillers with a forensic flavour that attract attention from readers worldwide. He’s also attracted attention from the Yorkshire media, having been featured in the Yorkshire Post, and twice interviewed on BBC Radio Leeds.

He’s best known for his lead character, CSI Eddie Collins, and the acerbic way in which he roots out criminals and administers justice. Eddie’s series is four books and two short stories in length, and there’s still more to come.

Andrew is a proud Yorkshireman and sets all of his novels there, using his home city of Leeds as another major, and complementary, character in each of the stories.

You can find out more about him and his writing at http://www.andrew-barrett.co.uk