Victoria Zell doesn’t fit in, not that she cares what anyone thinks. She and her homeschooled boyfriend, Andrew, are inseparable. All they need is each other. That is, until Zachary Zimmerman joins her homeroom. Within an hour of meeting, he convinces good-girl Vic to cut class. And she can’t get enough of that rush.

Despite Vic’s loyalty to Andrew, she finds her life slowly entwining with Z’s. Soon she’s lying to everyone she knows and breaking all the rules to be with Z. She can’t get enough of him—or unraveling the stories of the family he’s determined to keep hidden.

Except Z’s not the only one with a past. Straight-laced Vic is hiding her own secrets…secrets that are about to destroy everything in her path.

Cyn Balog is one of my new faves! I read Alone earlier in the year and it blew my mind!!! I decided to read Unnatural Deeds and I tried really hard not to compare the two books . . . but I don’t think I did such a hot job. I think if I had read Unnatural Deeds before Alone, then I might have given it 5 stars. Alone was just so powerful and shocking and jarring. Unnatural Deeds was far more subtle.

Vic was an odd character and I’m still trying to figure out how I feel about her. And my inner teacher came out when Z showed up. Skipping classes, under achiever, ultra-popular . . . I wanted to strangle him! He’s one of those kids with so much potential, smart, able to accomplish anything he could possibly want, yet unwilling to work for it. But I’ll admit that he helped me commit to the story!

There is a nice twist at the end that satisfied my need for the psychologically crazy. So overall, I enjoyed this book and I think its perfect for someone who likes twisty stores, just without being super creepy. I would save this book for older teens because of language and some immature subject matter. A really good book! 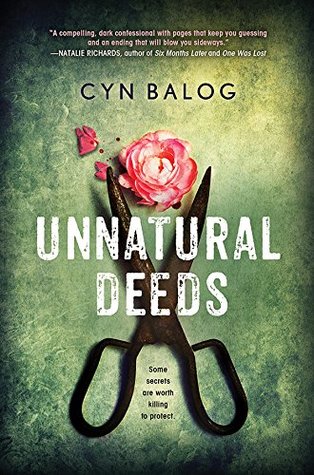 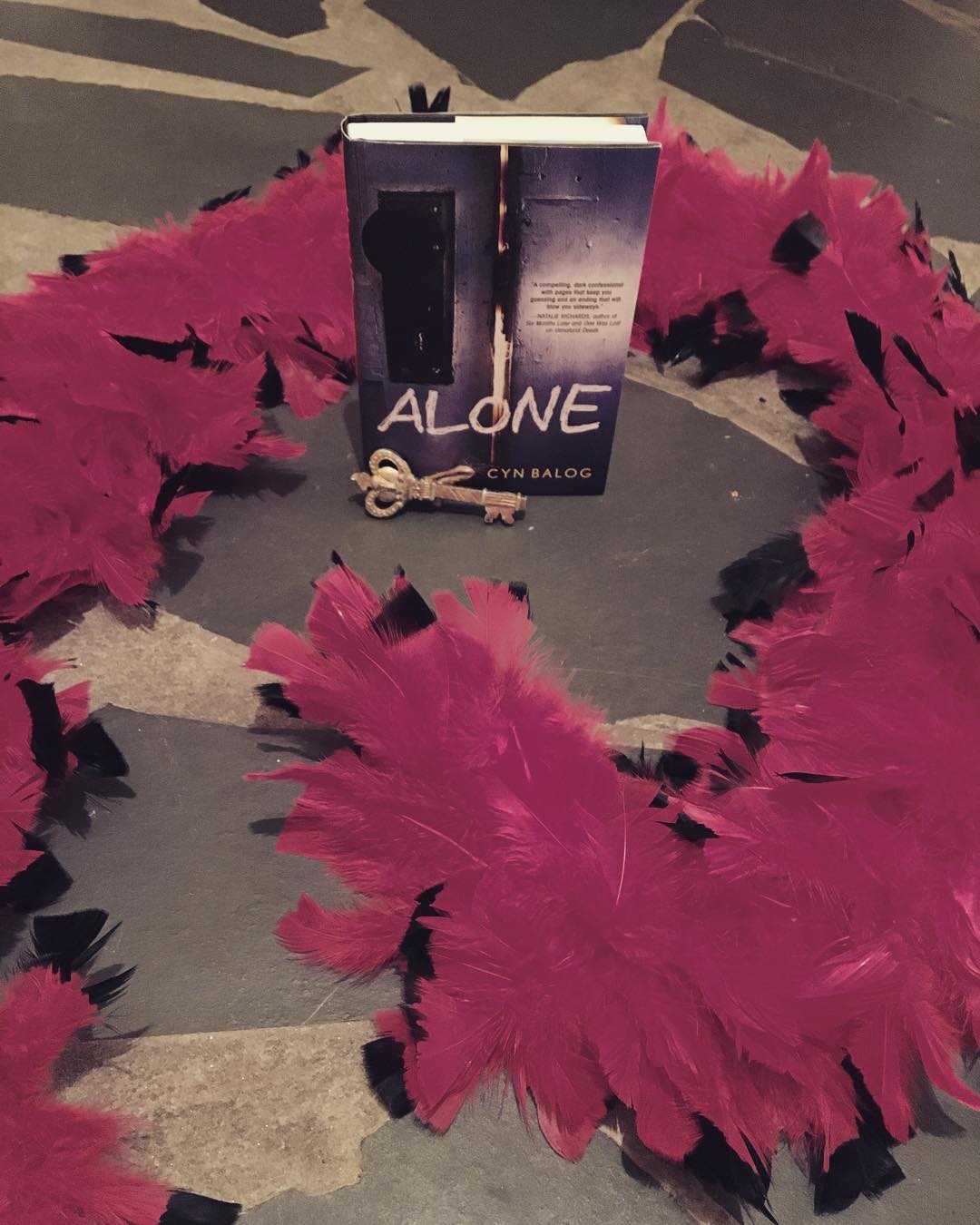 When her mom inherits an old, crumbling mansion, Seda’s almost excited to spend the summer there. The grounds are beautiful and it’s fun to explore the sprawling house with its creepy rooms and secret passages. Except now her mom wants to renovate, rather than sell the estate―which means they’re not going back to the city…or Seda’s friends and school. As the days grow shorter, Seda is filled with dread. They’re about to be cut off from the outside world, and she’s not sure she can handle the solitude or the darkness it brings out in her. Then a group of teens get stranded near the mansion during a blizzard. Seda has no choice but to offer them shelter, even though she knows danger lurks in the dilapidated mansion―and in herself. And as the snow continues to fall, what Seda fears most is about to become her reality…

Holy. Crap. I was speechless after closing this book. And I’ve been procrastinating writing this review because I really don’t know what to say. All the things I want to say will give away too much so I can’t say any of it! There are so many twists and turns in this book, the atmosphere is creepy, yet again I had to turn lights on while reading it . . . I mean dang! I really have nothing bad to say about this book. I read it in one day and I had the shivers after finishing it.

My husband is a horror freak. His DVD shelf is filled with horror movies that range from classic Dracula and Frankenstein to Nightmare on Elm Street to random old-time movies that no one but other horror freaks have ever heard of. As soon as I was done with Alone, I told Ivan that he needs to read it.

I really wish I could say more in this review and it feels so incomplete, but all I can say is that this is a great book and you should read it. Ok, let me try: Seda is a character I enjoyed, the twins were funny, Mom sounds cool, and the story was fascinating and page-turning. That’s it, I can’t say anymore! This is the perfect book for that teen that you’re trying to get into books. Horror freaks will love this book. I would recommend Alone to pretty much everybody! 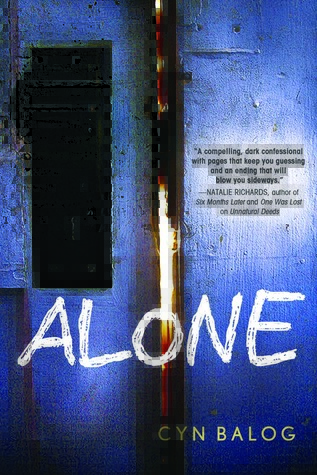