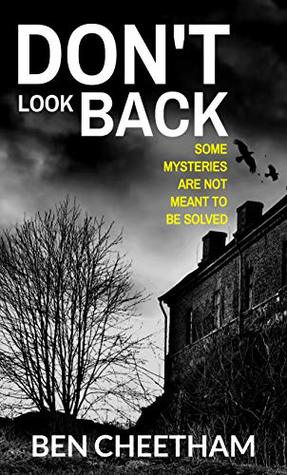 After the tragic death of their eleven-year-old son, Adam and Ella are fighting to keep their family from falling apart. Then comes an opportunity that seems too good to be true. They win a competition to live for free in a breathtakingly beautiful mansion on the Cornish Lizard Peninsula. There’s just one catch – the house is supposedly haunted.

Mystery has always swirled around Fenton House. In 1920 the house’s original owner, reclusive industrialist Walter Lewarne, hanged himself from its highest turret. In 1996, the then inhabitants, George Trehearne, his wife Sofia and their young daughter Heloise disappeared without a trace. Neither mystery was ever solved.

Adam is not the type to believe in ghosts. As far as he’s concerned, ghosts are simply memories. Everywhere he looks in their cramped London home he sees his dead son. Despite misgivings, the chance to start afresh is too tempting to pass up. Adam, Ella and their surviving son Henry move into Fenton House. At first, the change of scenery gives them all a new lease of life. But as the house starts to reveal its secrets, they come to suspect that they may not be alone after all…

A tragic start to a haunted house novel that just didn’t deliver.  The start had some promise with the death of one of Adam and Ella’s boys, and a contest to live in a supposed haunted house!?!? The novel dragged on and one for me and it took way to long for the family to get inside the house. And once inside… It just wasn’t scary.  It kept dragging, but towards the ending it did pick up some.  Just not enough to save this novel.  There is a second novel where the Piper family returns, but I really have no interest in reading where the story goes from here.

Sadly, I was highly disappointed in this ‘haunted house’ novel. It just was not for me.  The narrator, Ralph Lister did a good job with his narration, but it still could not save Don’t Look Back for me.

Don’t Look Back has been published since December 3, 2018. But has just been released on audio.  Many thanks to the publisher for granting me a copy via NetGalley to listen to and review. I just wish it could have been favorable.