Today I will be sharing an extract for my spot on the blog tour for The Nine Lives of Jacob Fallada by Neil Randall. And if you are in the UK you can be in the running for a giveaway!

Nine stories
One artist
The whole world against him

The Nine Lives of Jacob Fallada is the story of an outsider, a lonely, misunderstood young artist who chronicles all the unpleasant things that happen to him in life. Abandoned by his parents, brought up be a tyrannical aunt, bullied at school, ostracized by the local community, nearly everyone Jacob comes into contact with takes an instant, (often) violent dislike towards him. Like Job from the bible, he is beaten and abused, manipulated and taken advantage of. Life, people, fate, circumstance force him deeper into his shell, deeper into the cocoon of his fledgling artistic work, where he records every significant event in sketches, paintings and short-form verse, documenting his own unique, eminently miserable human experience. At heart, he longs for companionship, intimacy, love, but is dealt so many blows he is too scared to reach out to anybody. On the fringes of society, he devotes himself solely to his art. 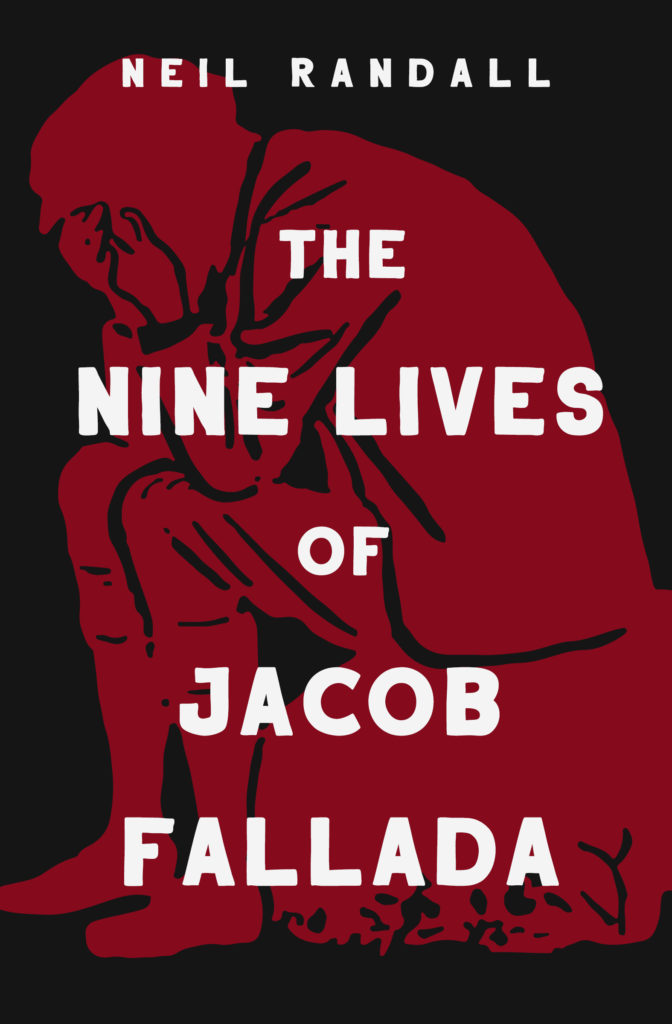 Promise Me No Promises

Jacob Fallada leaned back on a park bench, closed his eyes, and listened to the familiar yet somehow disconcerting sounds of children at play: the shrieks, excited voices and high-pitched laughter. It took him back to his own childhood, to those dark, confusing days where all he sought was peace, quiet, and solitude, where this kind of raucous scene was pure torture, a rolling kind of purgatory he could never quite escape. It’s odd, he thought to himself, how something so synonymous with innocence, the happiest, most carefree times of life were associated with his own bleakest memories, the most sickening of emotions, as if his sensory apparatus had been reversed, as if black was white, as if he were subject to a completely different set of emotional criteria than ordinary, everyday people. And although he could easily identify the root causes for this, he still wasn’t sure why he had been destined to feel so isolated and conflicted all the time.

When he opened his eyes again, he was startled to see someone standing right in front of him, a slender, casually dressed yet decidedly smart, well-to-do woman in her late twenties.

“I’m sorry, but I really need to have a word with you.”

“That’s right. I’m a young mother. My two children are playing just over there in the sandpit.” She gestured towards the sun-drenched play area. “Over the last few weeks, I’ve seen you down here a hell of a lot. And I don’t like it one bit.”

Jacob blinked in confusion. He had no idea what this woman was trying to say. This was, after all, a public place, a place he had come to frequent in the summer months, to sketch, jot down notes, read, relax, gather his thoughts. He had as much right to be here as anybody else.

“I am, in fact, speaking on behalf of a dozen or so concerned mothers who don’t like the idea of such an unkempt loner staring at their children for hours on end, who don’t want to put them at risk of being accosted by someone who could very well be on the sex register.”

Only then did Jacob realise exactly why she had approached him.

“Now, we don’t want to have to call the police. But if you don’t leave here, this minute, I’ll be forced to—”

“Maureen, no,” said a petite, middle-aged woman in glasses, who had literally appeared out of nowhere. “Not to be clichéd, but you’re barking up the wrong tree. This young man is an artist. I’ve seen him down here with his sketchbook countless times before. I’ve sat next to him on this very bench, and he didn’t even know I was there, so absorbed was he in his drawing. He isn’t some deviant stalking local children. If anything, you’re the one harassing him, interrupting his work.”

“Oh, my word. I…I’m terribly sorry.” She swallowed hard and shifted her weight. “It’s just…it’s just that you hear such awful things these days, and, not to be rude, but you look so, so down-at-the-heel, pretty much like every mother’s worst nightmare. I just assumed you were a…a, you know.”

So effusive were her apologetic words, so horrified did she look at her mistake, Jacob found himself apologising in return, just as effusively, saying that he understood perfectly well why she had reacted in the way she did, almost conceding the fact that he did indeed resemble the popular image of a career paedophile.

“Really, it’s nothing,” he assured her, “a misunderstanding, just one of those things.”

After graciously accepting his apology, Maureen scuttled away, joining a group of young mothers gathered by the climbing-frames, no doubt awaiting a full account of her exchange with the dubious stranger who had so enflamed their maternal anxiety.

Jacob turned to the woman in glasses.

“Thank you for that,” he said, ruefully shaking his head. “For interceding, I mean. I don’t know what it is, but that kind of thing happens to me quite often.”

“It’s because you’re different,” she said, carefully folding her pretty floral-print dress and sitting next to him. “It’s because you’re an artist, someone who lives an alternative lifestyle that everyday people just can’t understand. Normal Joes and Josephines fear those who want to create, express themselves, who are not driven by money and material possessions. Put simply, your mere existence makes them question theirs.”

Jacob took a moment to consider her words. Not one to overthink things too much, the reasons why he did what he did, he nonetheless thought she had summed up his situation, and that of anyone who seeks to be creative in the modern world, to dedicate themselves to an artform, particularly well indeed. For that reason, he felt an instant connection, a bond, a sense of solidarity. Rarely had anyone taken the time to try and understand him, his way of life and motivations.

“I, myself, am a bit of a weekend artist,” she told him. “Not that my work is easy to define, categorise, put into any kind of box. I tend to splice genres, mix things up—part painter, part writer, part candlestick maker.”

“Really?” said Jacob, laughing at her amusing play on words.

“Yes. In fact, I was thinking of taking my sketchbook down to the promenade tomorrow morning, near where the fishing boats are moored overnight. Not to be presumptuous, but would you like to perhaps meet up? We could carry on our discussion about art and artists, why we spend all our time in front of a canvas or hunched over a sheet of writing paper.”

“Erm, yes,” he replied, a little wrong-footed by her suggestion—strangers rarely spoke to him, let alone made arrangements for a second meeting. “Yes, I would.”

Shyly, she offered him a slender hand with black painted nails to shake.

That night, Jacob found it almost impossible to sleep. He was far too excited by what amounted to both a regulation date and an artistic assignation with an incredibly intriguing woman. Perhaps this whole thing was fated, he thought to himself.

Perhaps I was destined to be in the park at that precise hour of the morning. Perhaps, perversely, being accused of being a potential child rapist was part of the whole karmic process, to bring me closer to Rhea, a fellow artist, someone who understands the inner workings of my mind, someone I can talk to freely and openly, perhaps even show my own body of work. Perhaps all the pain and rejection of my early life was leading up to this one point.

In this irrepressible state, he tried to remember every aspect of Rhea’s appearance: the dark, tangled hair that rested at a shoulder’s length, the pale, almost porcelain skin, the curious greeny-blue eyes that lurked behind her stylish designer glasses, the quite disarming white-toothed smile, petite, almost painfully thin frame, which belied the dynamo-like energy generated by what clearly was a fierce intelligence, the simple floral dress, shoes with straps, the black nail polish. All in all, Jacob Fallada had never met anyone like Rhea before. 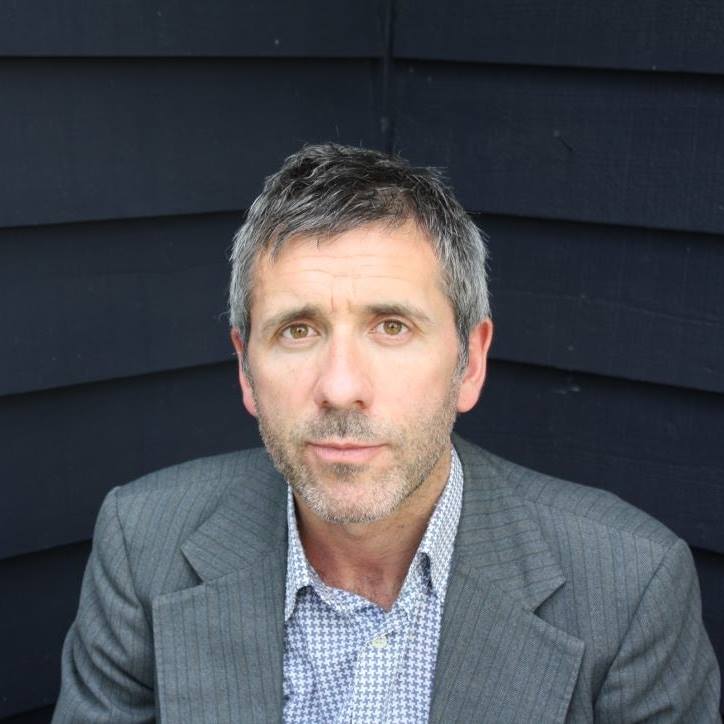 Neil Randall is the author of seven published novels and a collection of short stories. His work has been published in the UK, US, Australia and Canada.