Jessica reveals for the first time her inner monologue and most intimate struggles. Guided by the journals she’s kept since age fifteen, and brimming with her unique humor and down-to-earth humanity, Open Book is as inspiring as it is entertaining.

This was supposed to be a very different book. Five years ago, Jessica Simpson was approached to write a motivational guide to living your best life. She walked away from the offer, and nobody understood why. The truth is that she didn’t want to lie.

Jessica couldn’t be authentic with her readers if she wasn’t fully honest with herself first.

Now, America’s Sweetheart, preacher’s daughter, pop phenomenon, reality tv pioneer, and the billion-dollar fashion mogul invites readers on a remarkable journey, examining a life that blessed her with the compassion to help others but also burdened her with an almost crippling need to please. Open Book is Jessica Simpson using her voice, heart, soul, and humor to share things she’s never shared before.

First celebrated for her voice, she became one of the most talked-about women in the world, whether for music and fashion, her relationship struggles, or as a walking blonde joke. But now, instead of being talked about, Jessica is doing the talking. Her book shares the wisdom and inspirations she’s learned and shows the real woman behind all the pop-culture cliché’s — “chicken or fish,” “Daisy Duke,” “football jinx,” “mom jeans,” “sexual napalm…” and more. Open Book is an opportunity to laugh and cry with a close friend, one that will inspire you to live your best, most authentic life, now that she is finally living hers.

First, I must say I am not a fan of Jessica Simpson’s music.  I have seen parts of her Newlyweds show with then husband Nick Lachey, and seen the tabloids in the grocery store.  What made me decide to listen to her memoir is that we do have some things in common, and more than I originally thought when I started her memoir: We have the same first name and now both have the same legal last name, we were both born the same year (1980, myself in April and her in July) , we both met our husbands the same year (2010), we are both from the south (Georgia for me and Texas for her) and have body issues in regard to our ample bosoms.

I chose to listen to the audiobook version which is narrated by Jessica herself.  Listening to her candidness you feel like you know her as the person she is. She is very frank with her dependency issues dealing with pills, alcohol, and men.  Now knowing all about her, Jessica feels like a friend you can totally open up with and not be judged.

As she was growing up she was definitely challenged by other famous young singers in her age group who were always seemingly one step ahead of her. Jessica unsuccessfully tried out for the Mickey Mouse Club. I enjoyed hearing about this time in her life because she met some other famous celebrities before they became who they now are.

I had no idea how extremely religious she was and still is.  Her faith is a very strong part of her, and she has been tested throughout her life. Imagine as a teenager already with body issues trying to sing to celebrate the Lord, but then be told you can’t wear a particular outfit because of how it makes you look (and the outfits were tame!)

Jessica is open yet not negatively focusing on her relationships with men, from choosing to remain a virgin until she married Nick Lachey, an emotional affair with Johnny Knoxville while filming the Dukes of Hazzard, to the extremely toxic relationship with John Mayer (Douche!), and also her relationship with Tony Romo and current husband Eric Johnson.

This is a memoir that opens your eyes to a particular celebrity and definitely shows the person she is, has become, and what she has accomplished in her life thus far (her fashion line).  I feel I know Jessica now and would love to talk and hang out with her.  As I was listening to the book that is how it felt: That you were hanging out, catching up,  and talking with a long lost friend.

If you are a fan of Simpson’s then this memoir is must read, and even if you are not a fan, like me it is also a memoir you must read. There are also some new songs that are played that came apart of writing this memoir. Jessica honestly and with lots of heart put her story out  there for us to learn about who she truly is.

And Happy First Book Birthday to Jessica and Open Book! It has been one year from when this memoir was first published!

Today I am helping to celebrate the book birthday of SOLO by Aaron Hodges.  If you are debating on traveling  the world solo, this is the book for you!

The bad times won’t last forever, and for more than five years, Aaron Hodges has journeyed the globe alone, visiting everywhere from Istanbul to Argentina. Honest and insightful, SOLO is packed with his personal travel tips and humorous stories. Learn about the ups and downs, the triumphs and the pitfalls of venturing off the beaten path. Follow his guidelines for exploring the world alone and be inspired to take the trip you’ve always dreamed of. 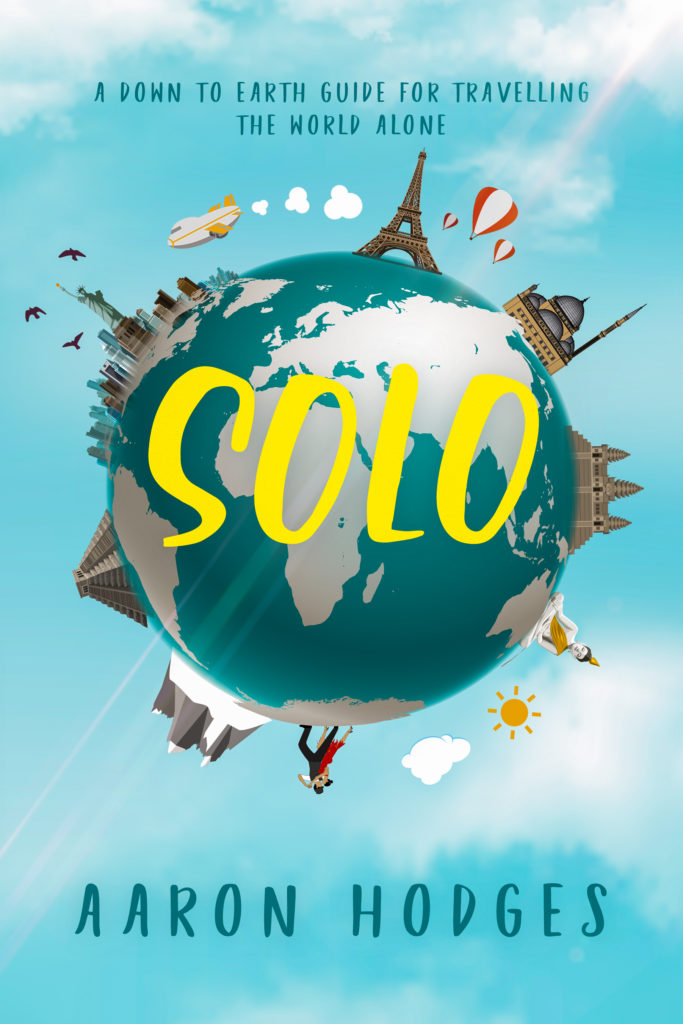 This is an A+, 5 star memoir by Aaron Hodges about traveling solo.  He has traveled solo for over 5 years and gives many pointers for the new and yet-to-travel solo traveler. Hodges talks directly to the reader and yes, DO heed his plethora of advice! If I was still at this part of my life to travel solo, I would have been taking notes! Yes, I would have taken Hodges advice as he makes solo travel seem possible for everyone. I also looked back at my time when I turned 30 and traveled the Northern US and Canada with a tour group. In some ways I was solo, and in some ways I wasn’t. Traveling solo does NOT mean you are always alone! But I was solo in New York City alone for several days and had a great time!

Hodges talks directly to the reader giving his first hand insight and experience. He comes off like a really good friend conversing with you.  He gives you a starting point to plan your solo trip.   He gives suggestions on where to go (or not go) for some countries and a variety of traveling tips including where to sleep which tends to be hostels for a variety of reasons that he goes into.

This is a very entertaining and informative memoir definitely recommended for the solo traveler of the past, present and future.  Take a chance and travel solo! 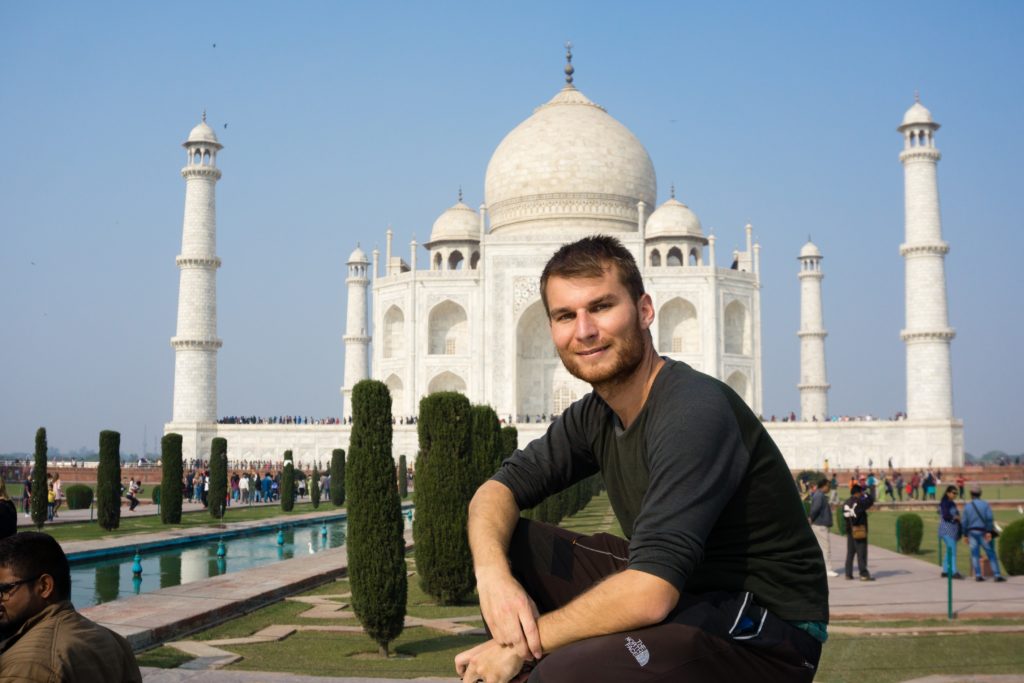 Aaron Hodges was born in 1989 in the small town of Whakatane, New Zealand. He studied for five years at the University of Auckland, completing a Bachelors of Science in Biology and Geography, and a Masters of Environmental Engineering. After working as an environmental consultant for two years, he grew tired of office work and decided to quit his job in 2014 and see the world. One year later, he published his first novel – Stormwielder – while in Guatemala. Since then, he has honed his skills while travelling through parts of SE Asia, India, North and South America, Turkey and Europe, and now has over a dozen works to his name. Today, his adventures continue…