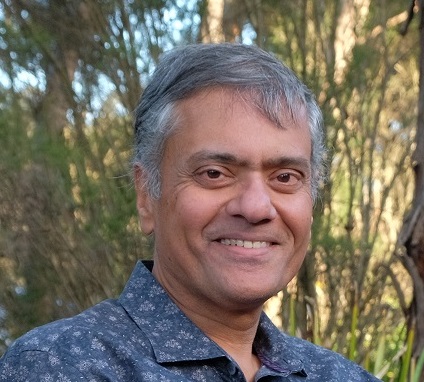 Rajiv Mittal was born in Chennai, India in the early 1960s. He is an alumnus of the Indian Institute of Management, Ahmedabad and a CPA from Australia. He now lives in Melbourne after living several years in the Middle East. Rajiv is self-published and his debut novel is titled Brahmahatya.

Rajiv says: Writing was a vague aspiration. It became reality thanks to a stranger who said I reminded him of the main character from Desiderata by Max Ehrmann. He quoted from it, ‘Speak your truth quietly and clearly; and listen to others, even the dull and the ignorant; they too have their story.’ 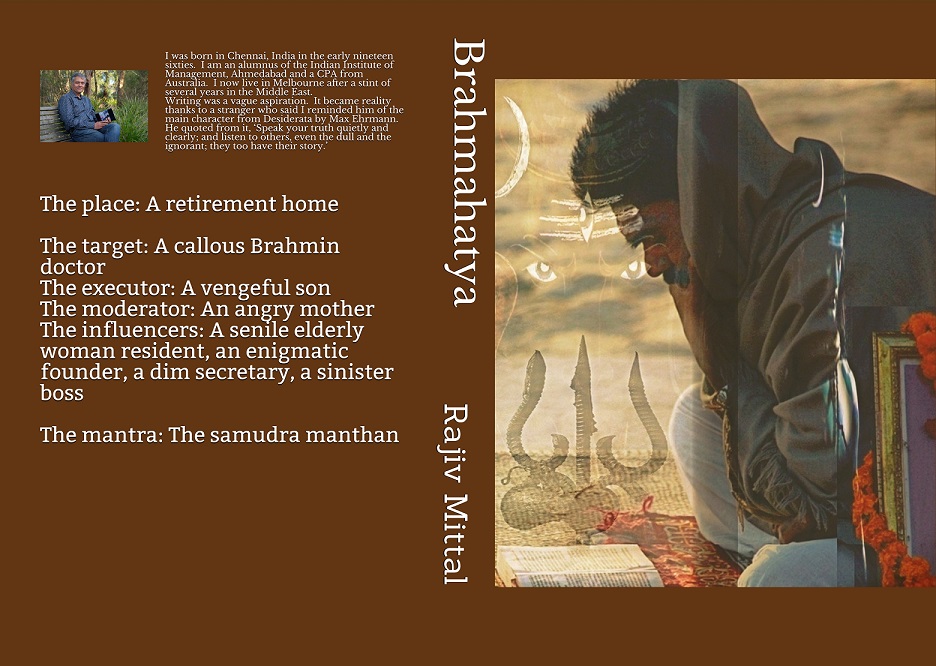 Brahmahatya is a Sanskrit word meaning ‘The act of killing a Brahmin’.
Genre: Contemporary Fiction (mythology and spirituality).

A story of revenge and redemption and deeds shaped by forces that humans believe they have defined through mythology and scriptures but still struggle to understand. A woman employee of a retirement home is shocked to discover that a new resident is in fact the son impersonating his father. The son is seeking revenge. She, by her past actions, is unwittingly complicit in his being there and now tries to thwart his peculiar plans. A senile woman-resident and an enigmatic founder offer him sage advice. The samudra manthan (a major episode in Hindu mythology), a slightly dim secretary and a sinister boss play their part in ensuring justice is finally served but in an unexpected manner. The novel quotes frequently from the ancient Hindu scriptures and stories that the protagonists use to justify their actions. The treatment of the elderly in society is a major theme.

Others thoughts on Brahmahatya:
Between Write and Wrong
Serenely Rapt

Here are some author interviews to get to know Rajiv:
Readings & Reviews
Shravya Gunipudi 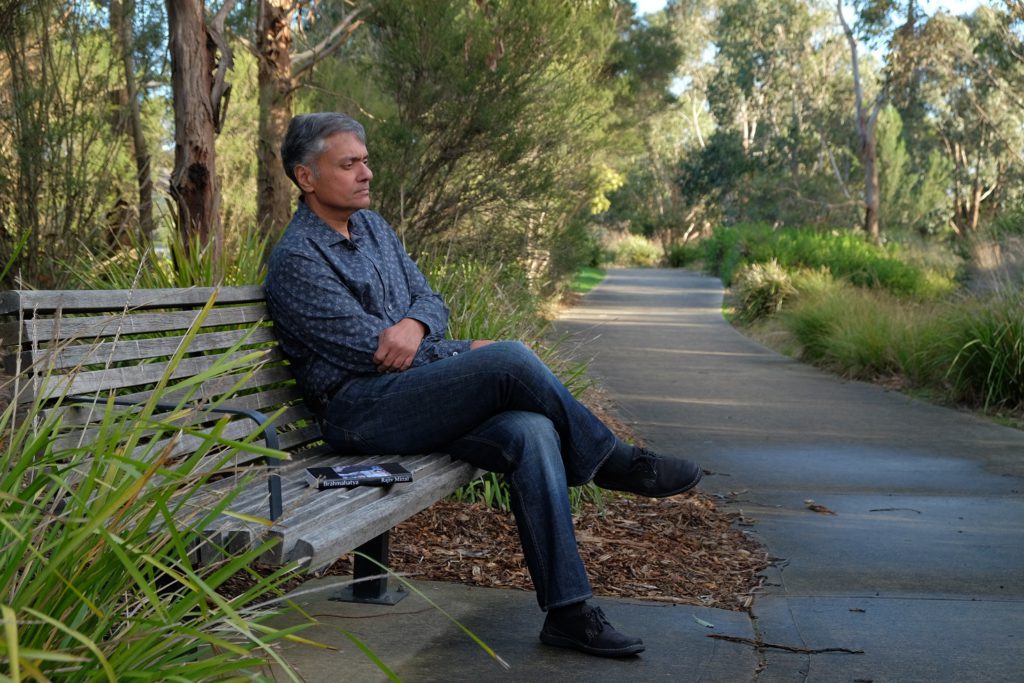