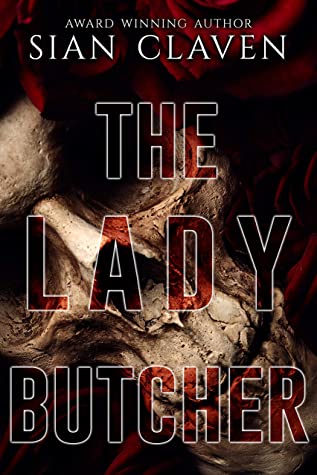 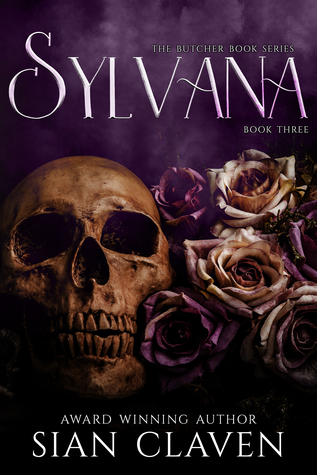 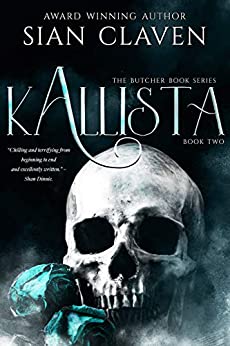 All her life Kalli thought that her sister had lost her mind, seeing a ghost everywhere and associating it with death. Kalli wants her own answers though, and spends her life working towards being granted access to the Butcher files and solving the deaths that rocked their community all those years ago.

Things take a turn for the worst when the haunting figure from her sisters’ twisted mind starts appearing to Kalli and she is left questioning her sanity and whether the Butcher is back.
Kalli must find the answers before it’s too late.

Before she sees the skeleton girl one more time.

Before she meets her own demise.

I have the whole Butcher series on kindle, but Claven was wonderful enough to send me Kallista on audio as I can get to audiobooks much quicker than kindle or physical books due to my daily commute. My review for the first in the series, Tatum, is here.

Kallista is the second in the Butcher series and takes place 10 years after the events of Tatum. Kallista (Kalli) is determined to find the Butcher and is working to become a profiler and we go on this journey with her!  We have two pov: Kalli and The Butcher himself!  I was invested in the whole story, and cannot decide which pov I preferred! I was rooting for Kalli but loved getting into the disturbing and depraved mind of The Butcher. And I was dying of curiosity the whole novel: Just WHO is The Butcher?!!??!!?

Besides the mystery of The Butcher, we have a horror and thriller novel with paranormal take on it that will keep you reading. I also enjoyed this as we see that the skeleton girl is back! Just an FYI:  This series deals with an extremely disturbing serial killer and Claven doesn’t hold back with the violence and goriness as she tells us her tale, so reader prepare yourself.  But I can’t help that I enjoy the dark and disturbing!

I really enjoyed everything about this continuing story. Kallista kept building to a very intense climax and just when you think the story is over, Claven comes back with one more “gotcha” moment! I can’t wait to see where the series goes next, and thankfully Claven also sent me the audio of the third novel: Sylvana, so I can start it right away!