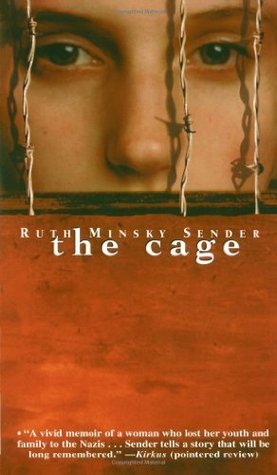 After Mama is taken away by the Nazis, Riva and her younger brothers cling to their mother’s brave words to help them endure life in the Lodz ghetto. Then the family is rounded up, deported to Auschwitz, and separated. Now Riva is alone.

At Auschwitz, and later in the work camps at Mittlesteine and Grafenort, Riva vows to live, and to hope – for Mama, for her brothers, for the millions of other victims of the nightmare of the Holocaust. And through determination and courage, and unexpected small acts of kindness, she does live – to write the unforgettable memoir that is a testament to the strength of the human spirit.

“As long as there is life, there is hope”.

This is a powerful memoir of the author’s experience in WWII and the concentration camps, including Auschwitz.  Riva loses her mother in a raid and begins to raise her younger brothers. They face many unbelievable hardships and you wonder how much more they must go through.  Will they all survive? There are also some unexpected kindnesses by  some Nazi captors. At times it is hard to believe that this is a memoir. We humans can be so inhumane to each other for no reason.

This is written for the younger audience and would be appropriate for at least ages 12 and up.  I listened to the Scholastic audiobook which is meant to be listened to as you read the book. There is a ‘narrator’ to help with understanding the novel.