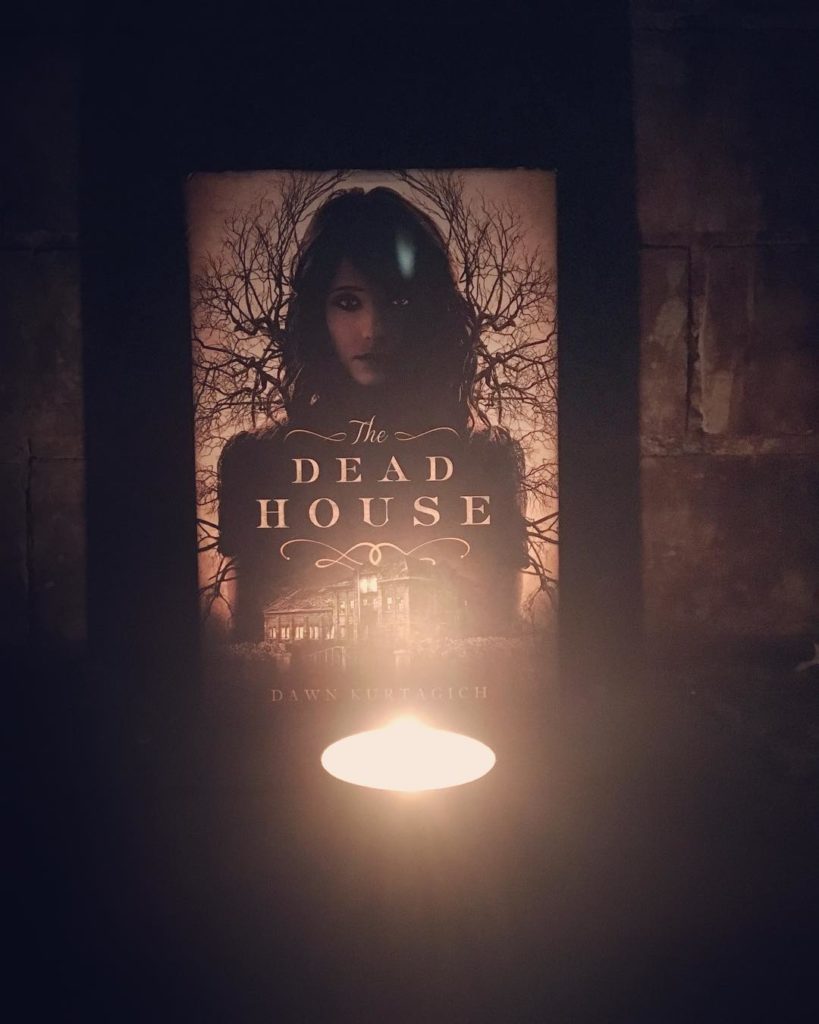 Two decades have passed since an inferno swept through Elmbridge High, claiming the lives of three teenagers and causing one student, Carly Johnson, to disappear. The main suspect: Kaitlyn, “the girl of nowhere.”

Kaitlyn’s diary, discovered in the ruins of Elmbridge High, reveals the thoughts of a disturbed mind. Its charred pages tell a sinister version of events that took place that tragic night, and the girl of nowhere is caught in the center of it all. But many claim Kaitlyn doesn’t exist, and in a way, she doesn’t – because she is the alter ego of Carly Johnson.

Carly gets the day. Kaitlyn has the night. It’s during the night that a mystery surrounding the Dead House unravels and a dark, twisted magic ruins the lives of each student that dares touch it.

Debut author Dawn Kurtagich masterfully weaves together a thrilling and terrifying story using psychiatric reports, witness testimonials, video footage, and the discovered diary – and as the mystery grows, the horrifying truth about what happened that night unfolds.

This book is another result of my scary book phase. The cover drew me in and I just had to read it. I read it the first time three years ago, and since then, I had forgotten all the details. Plus, I’m a huge Dawn Kurtagich fan after reading The Trees Crept In. For some reason I didn’t make that connection until just recently. I decided to pick it up again so I could write a review . . . totally forgot about the formatting and I LOVE it!!!! I love the journal formatting combined with the “video clips” and audio interviews. It made the whole story more real. The tension created by all the mystery and psychological anomalies kept me guessing the whole way thru! Getting into Carly/Kaitlin’s head was terrifying and fascinating all at the same time.

The Mala and Grundi elements made me want to do some research to learn more about them. And there was very little teenage drama. Any “drama” was low key and realistic enough to keep it from getting annoying and ruining the story. And the ending was vague enough to leave you thinking and considering everything that I read, but satisfying enough to keep me from throwing the book across the room. I’d absolutely recommend this book to older teens and anyone looking for a psychological read.