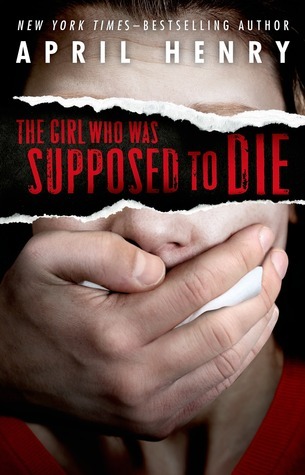 The Girl Who was Supposed to Die
Author: April Henry
Published: June 17, 2014
Audiobook

“Take her out back and finish her off.”

And that she must run.

In her riveting style, April Henry crafts a nail-biting thriller involving murder, identity theft, and biological warfare. Follow Cady and Ty (her accidental savior turned companion), as they race against the clock to stay alive.

I am about to give 100% honesty here (but it’s not like I ever give less than 100%, some reviews are harder or easier to write than others): I was not expecting much from this novel when I started listening to it.  I had finished one audiobook and was waiting on another to arrive.  The Girl Who was Supposed to Die  is a short audiobook, just under 5.5 hours and I finished it within two days, which is similarly the time period of our story.

Cady is our narrator and she tells us her story, starting with waking up with zero memories and she hears a man ordering another to kill her.  Needless to say she gets away and now we have a cat and mouse chase for the rest of the novel, or do we?  With no memory, Cady could be an unreliable narrator.  Is she actually mentally ill or is there a story going on here?

We do get an answer to this question by the time we get to the last act of the novel.  It is a fast paced and gripping novel, yet it goes in a direction that is not very believable.  But I found myself so engrossed in Cady’s story, I was able to let go of the lack of believability.  I enjoy first person and being told the protagonist’s story directly from their lips.

I would suggest going into this one not knowing or expecting much about the book and you might be pleasantly surprised as I was.