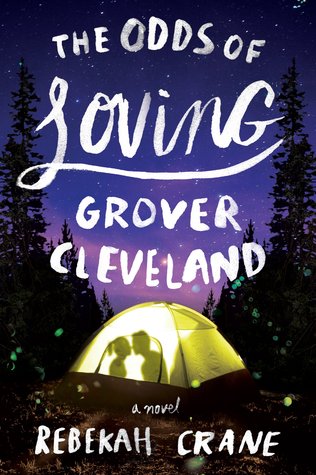 According to sixteen-year-old Zander Osborne, nowhere is an actual place—and she’s just fine there. But her parents insist that she get out of her head—and her home state—and attend Camp Padua, a summer camp for at-risk teens. Zander does not fit in—or so she thinks. She has only one word for her fellow campers: crazy. In fact, the whole camp population exists somewhere between disaster and diagnosis. There’s her cabinmate Cassie, a self-described manic-depressive-bipolar-anorexic. Grover Cleveland (yes, like the president), a cute but confrontational boy who expects to be schizophrenic someday, odds being what they are. And Bek, a charmingly confounding pathological liar.

But amid group “share-apy” sessions and forbidden late-night outings, unlikely friendships form, and as the Michigan summer heats up, the four teens begin to reveal their tragic secrets. Zander finds herself inextricably drawn to Grover’s earnest charms, and she begins to wonder if she could be happy. But first she must come completely unraveled to have any hope of putting herself back together again.

This book was another one of those with a group of teenagers being overly dramatic about almost everything. I understand that these kids actually have problems, and I appreciated that fact to no end, after all these contemporary books I’ve been reading lately. However, there were also times when I wanted to grab one of them, shake them, and tell them to grow up! I don’t have patience with whining, with “woe is me” attitudes or with temper tantrums. Y’all already know my views on teenage suicide, so I won’t get back into that. I felt so much for Counselor Madison, for Carey, the head of the camp, and their plight in having to try to help all these teens at camp. Everything was constantly “me, me, me” and that got really tiring, really quick. But as I said, the fact that these were all truly troubled kids made this read a little more genuine. I think I would recommend this book to teachers, and occasionally to a teenager who is have attitude problems.